Ecuador's Tungurahua volcano, situated about 135 km (80 miles) south of capital Quito, is showing signs of increased activity since November 9, 2015 and covering local houses and crops of the nearby communities with smoke and thick layers of ash.

Instituto Geophysico (IG) reported an increase in seismic activity under the Tungurahua volcano starting on November 9, 2015. Long periods of emission tremor have been observed, and eruption columns up to 4 km (13 100 feet), affecting populations west, northwest and southwest of the crater. Loud roaring sounds caused windows vibrations in areas around the volcano. 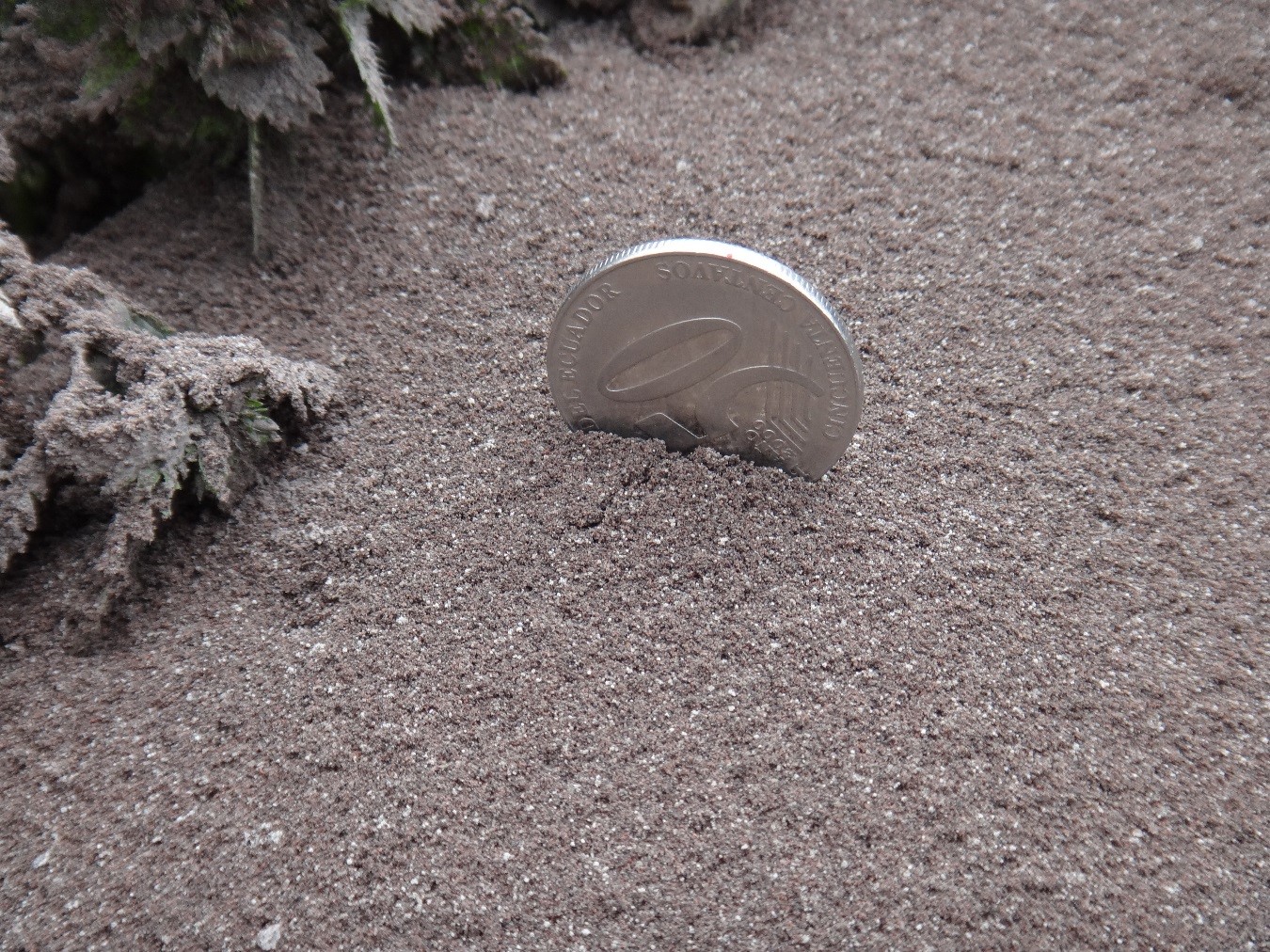 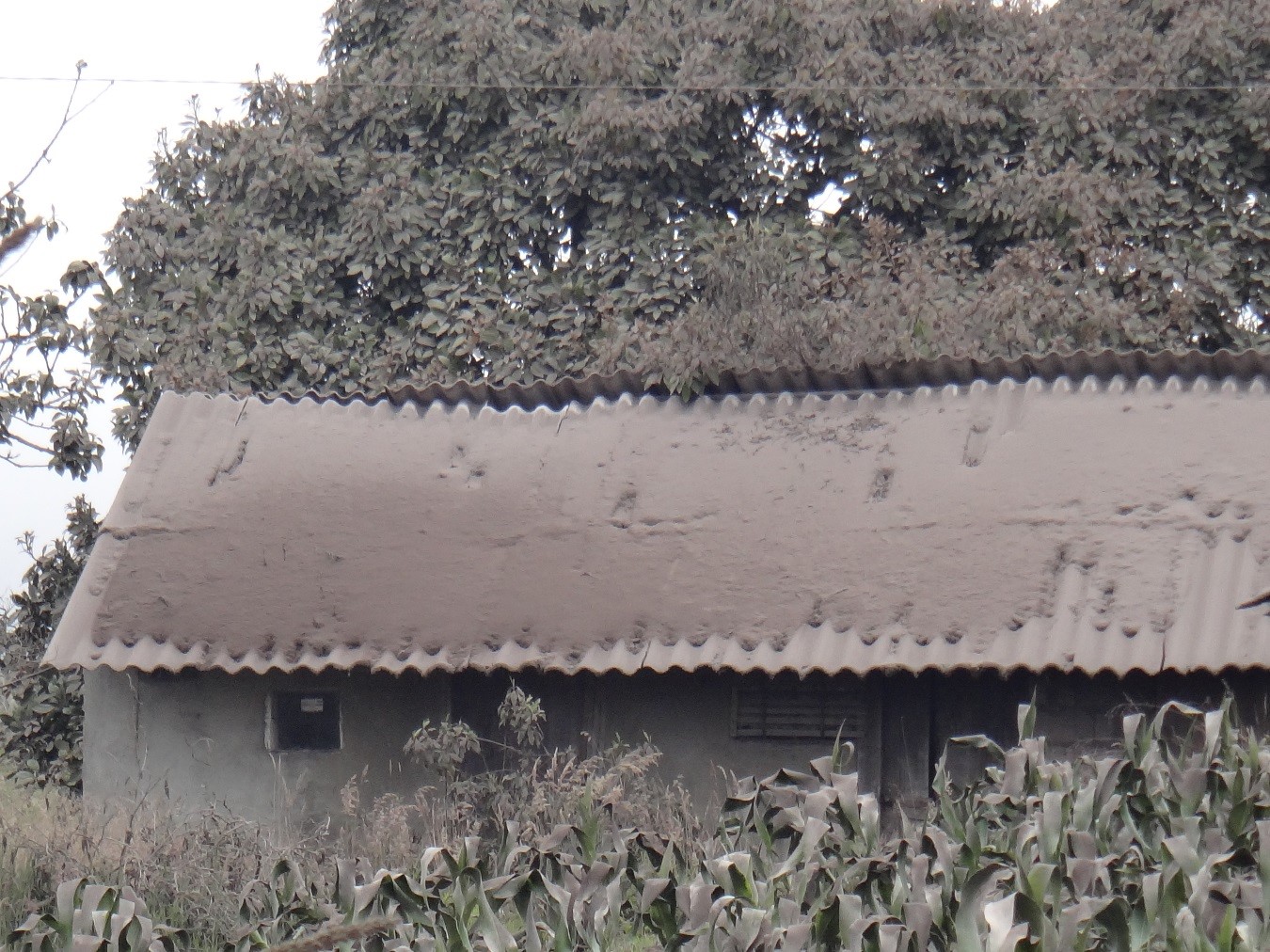 Accumulation of ash on the roof of a house in the Choglontus sector – November 14, 2015. Image credit: V. Lema (IG-EPN). 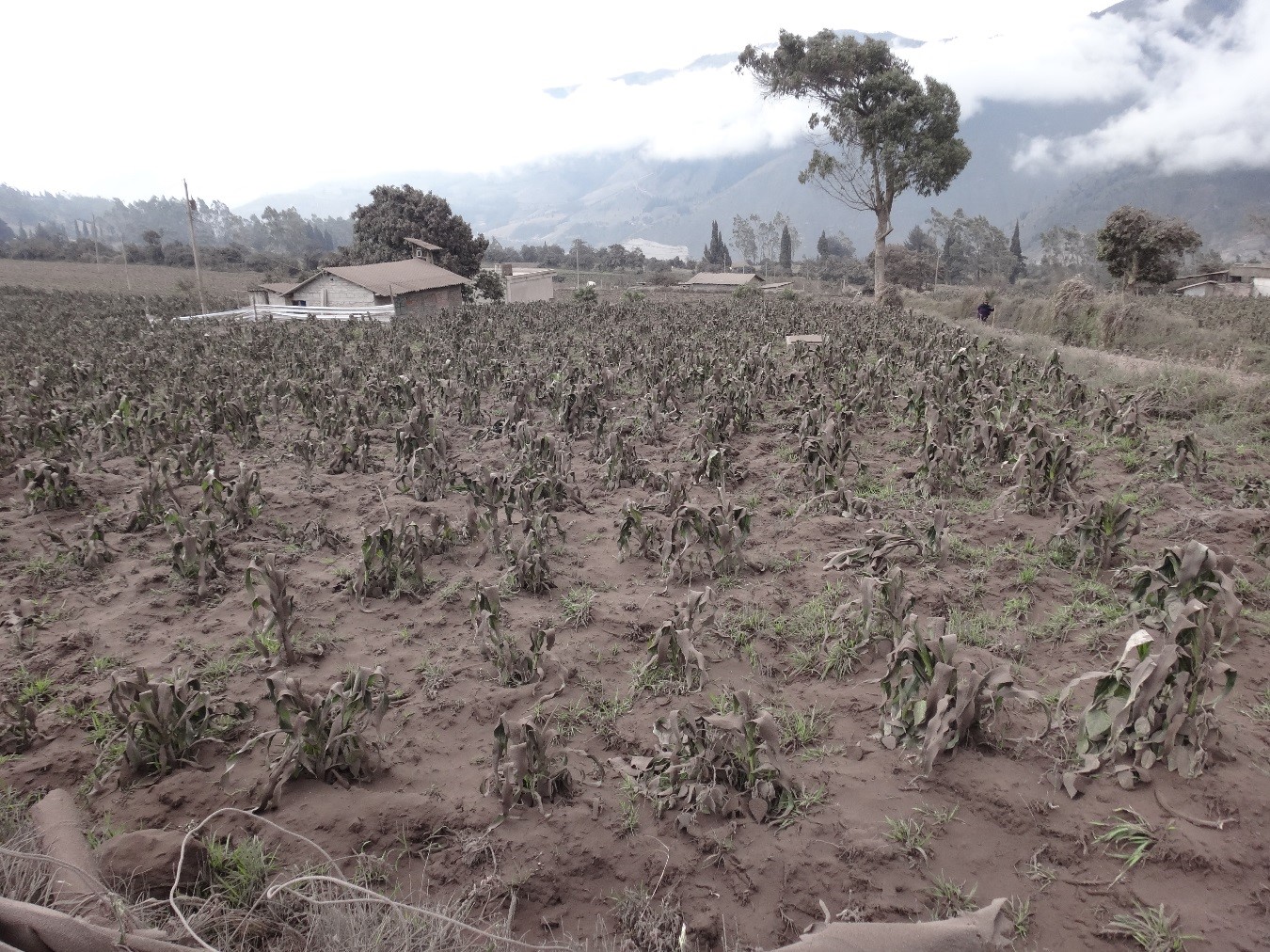 ​During the night of November 17 and the morning of November 18, IG registered a further increase in the activity of the volcano. It was characterized by the strombolian activity, the emission of water vapor columns and moderate to high load of ash heading in the northwest direction. 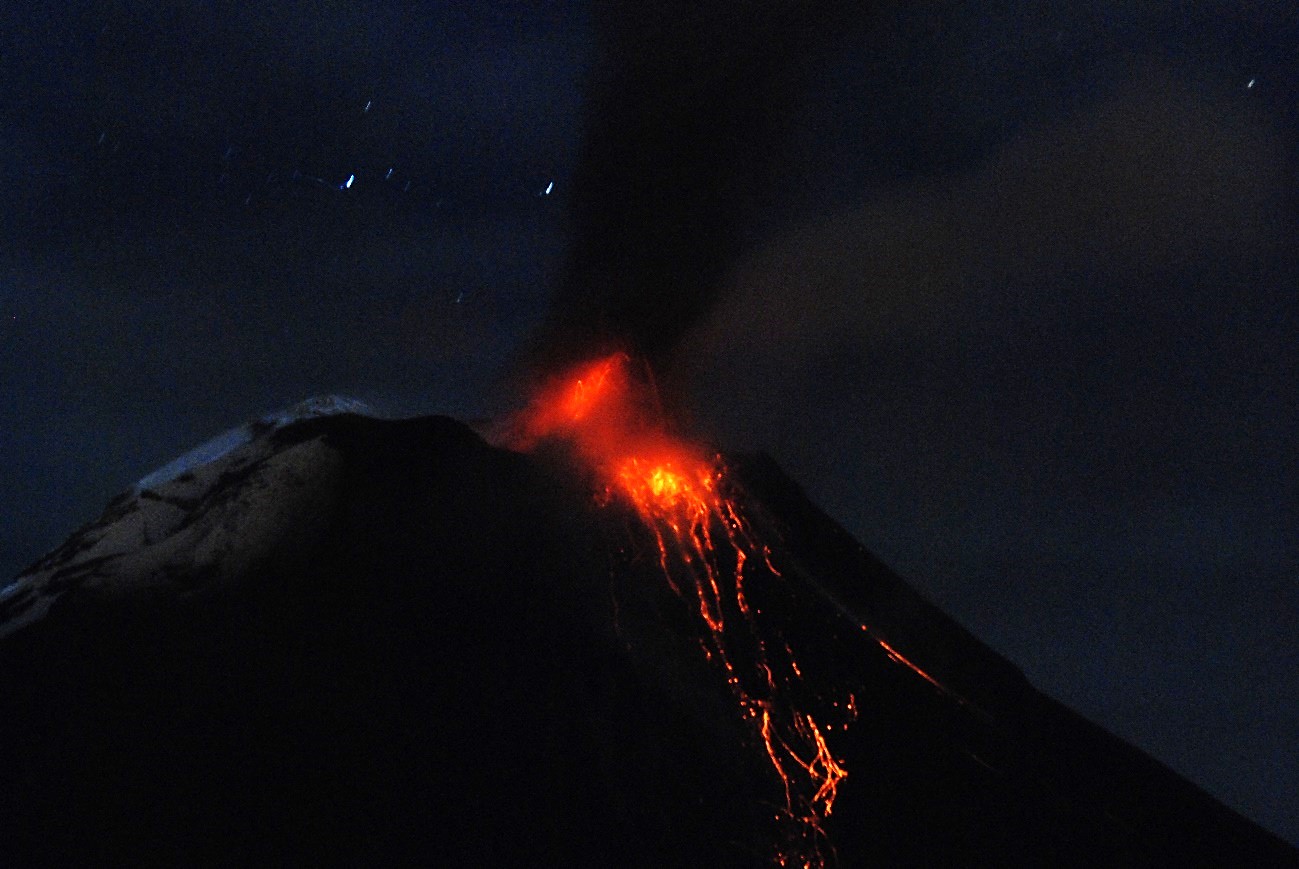 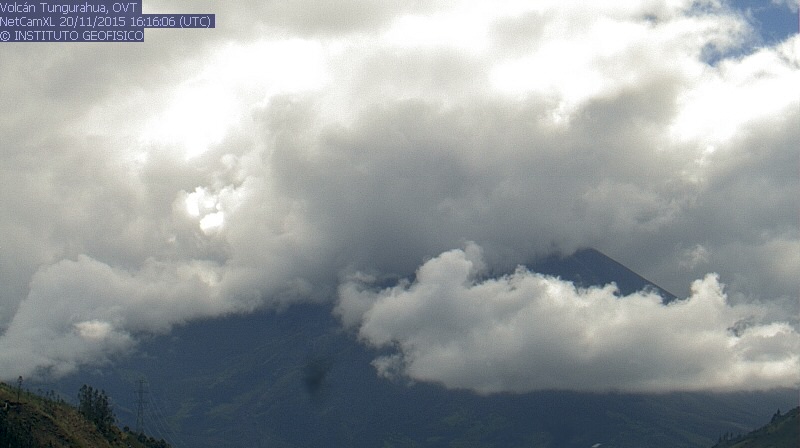 A team from IG has visited areas affected by ashfall to assess its effect on local population, crops and farm animals. These effects have been especially pronounced across the sectors of Cotalo, Chacauco, Pillate, Chontapamba, Chonglontus, Cusua, Juive and Bilbao where ash layers between 1 and 6 mm (0.04 and 0.2 inches) thick were observed. 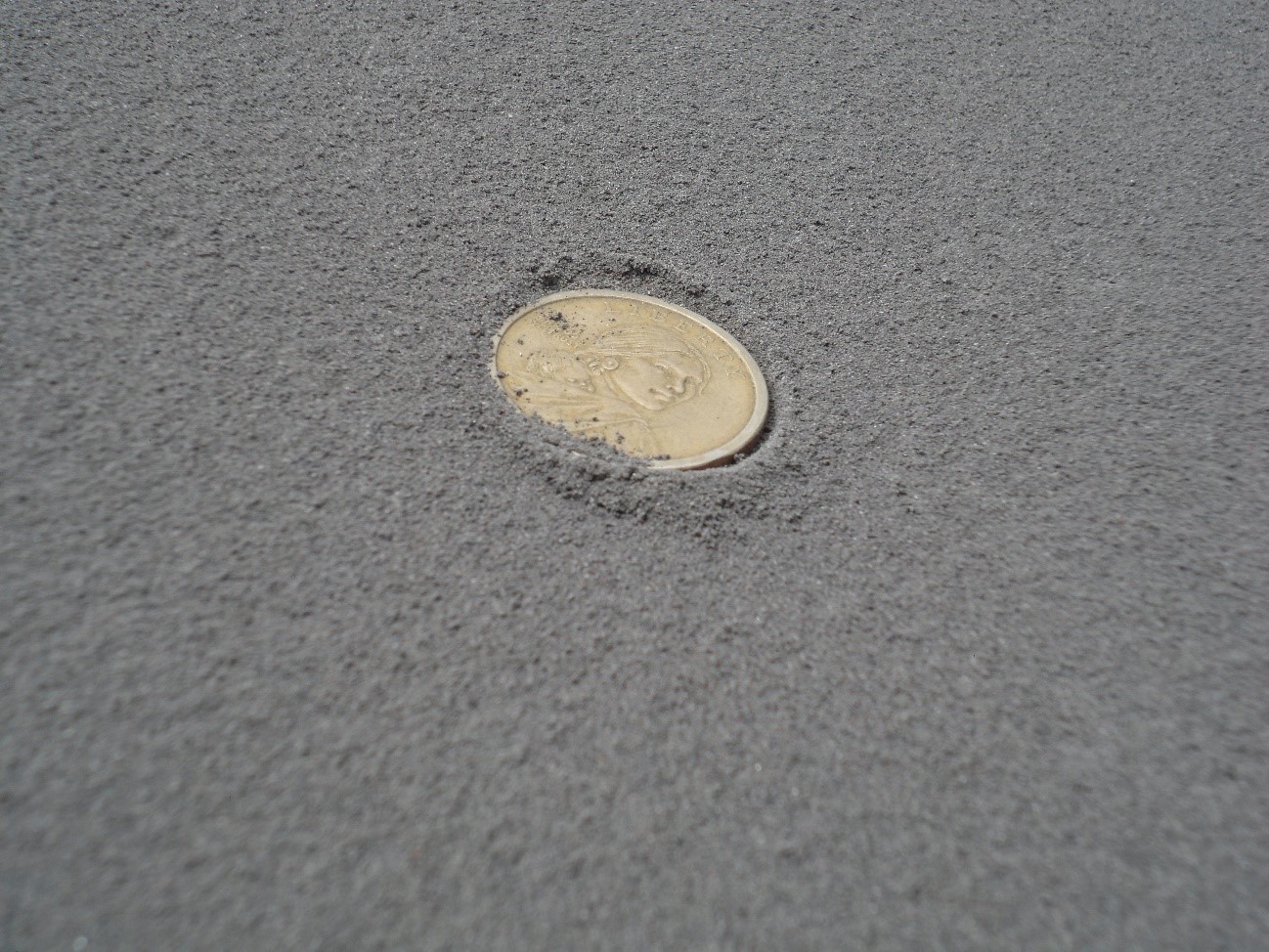 High seismic activity, characterized by long-period events, volcano-tectonic events, an explosion and signals indicating emission were observed by IG even earlier, in the period between November 4 and 10, when occasionally visible, steam, gas, and ash plumes rose as high as 700 m (2 300 feet), and drifted W, NE, and E.

A lahar in Chontapamba carried blocks 1 m (3.3 feet) in diameter and caused a road closure between Baños and Penipe on November 7. Nighttime crater incandescence was visible during November 8 and 9.

Tungurahua, a steep-sided andesitic-dacitic stratovolcano that towers more than 3 km above its northern base, is one of Ecuador's most active volcanoes. Three major edifices have been sequentially constructed since the mid-Pleistocene over a basement of metamorphic rocks. Tungurahua II was built within the past 14,000 years following the collapse of the initial edifice. Tungurahua II itself collapsed about 3000 years ago and produced a large debris-avalanche deposit and a horseshoe-shaped caldera open to the west, inside which the modern glacier-capped stratovolcano (Tungurahua III) was constructed.

Historical eruptions have all originated from the summit crater, accompanied by strong explosions and sometimes by pyroclastic flows and lava flows that reached populated areas at the volcano's base. Prior to a long-term eruption beginning in 1999 that caused the temporary evacuation of the city of Baños at the foot of the volcano, the last major eruption had occurred from 1916 to 1918, although minor activity continued until 1925. (GVP)