Tropical Storm "In-Fa" formed over the waters of northwest Pacific, near Pohnpei Island, on November 17, 2015, according to the Join Typhoon Warning Center (JTWC). The storm is currently located in a very favorable environment supporting its intensification and will most likely reach a very strong typhoon status by November 20. Residents of Micronesia islands are encouraged to monitor further development.

The low pressure area in the northwest Pacific formed into a Tropical Depression "27W" on November 17, and intensified into a tropical storm only a few hours later. 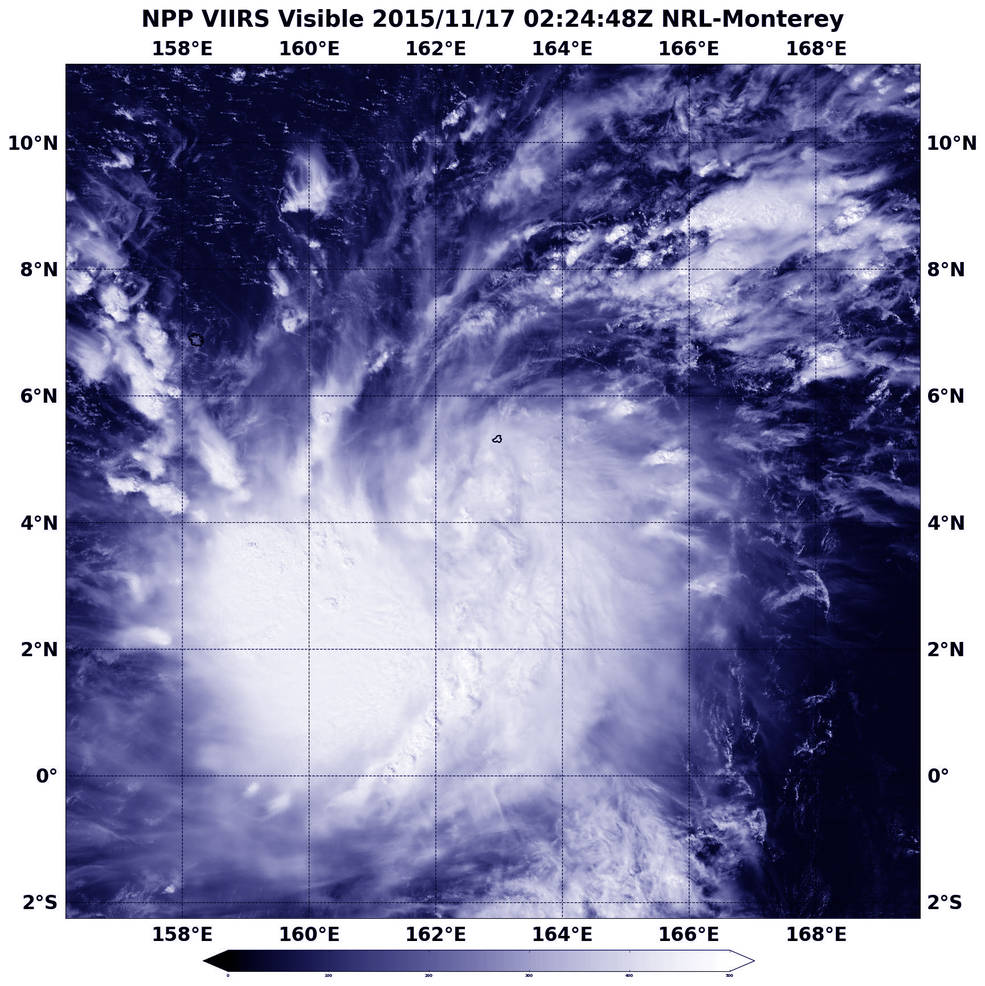 VIIRS instrument aboard NASA-NOAA's Suomi NPP satellite saw Tropical Storm "In-Fa" on November 17, 2015, as wide bands of thunderstorms in the southern quadrant of the storm were wrapping into the eastern side. Image credit: NASA/NOAA/NRL​​ 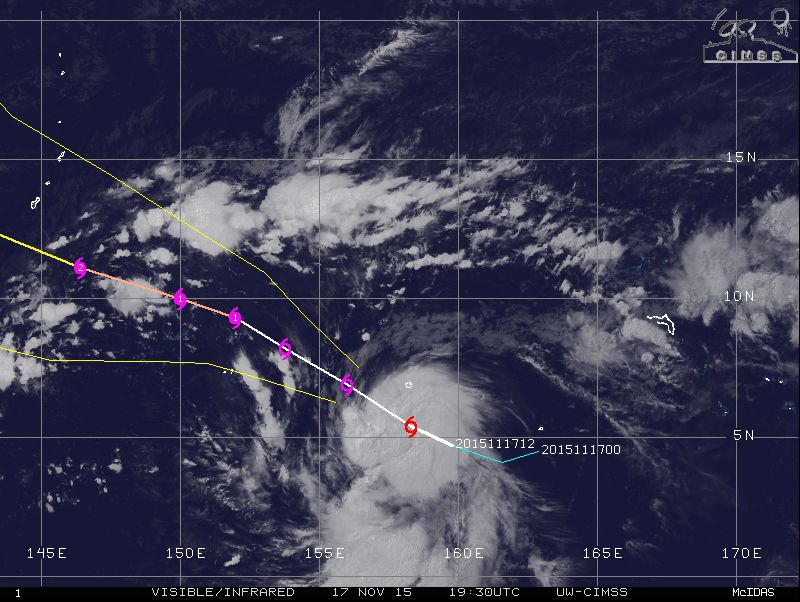 The storm is expected to intensify over the next few days while tracking toward northwest and reach a very strong typhoon status, by November 20. JTWC forecasts its maximum sustained winds will reach 166.7 km/h (103.6 mph) and gusts will increase up to 203.7 km/h (126.6 mph). Because the system is located in a highly favorable environment, it may intensify at a more rapid rate.

In the long range, Tropical Storm "In-Fa" could continue intensifying over the next 5 days and become a violent typhoon, with maximum sustained winds surpassing 203.7 km/h and gusts reaching 250 km/h (155.3 mph), according to JTWC. However, long range forecasts hold a high degree of uncertainty, and development should therefore be closely monitored over the coming period.

A Tropical Storm Warning for Sapwuafik, Micronesia was put in effect on November 17 at 12:00 UTC. Winds of tropical force with speeds between 62.8 and 117.5 km/h (39 and 73 mph) are expected in the area within the next 24 hours. A Tropical Storm Watch is in effect for Pohnpei, Nukuoro, Pakin, Lukunor, Losap, Chuuk and Fananu where winds of tropical strength are expected within the next two days.