Hurricane "Patricia" slammed into the coast of southwestern Mexico on October 23, 2015, with winds reaching 270 km/h (165 mph) and was downgraded to a category 2 hurricane since, National Hurricane Center (NHC) reported. So far no victims have been reported, and the damage seems to be much less than feared, at first sight. However, this is still a dangerous system and shouldn't be underestimated, Mexico's president warned, following Patricia's landfall.

Patricia made landfall 85 km (55 miles) of Manzanillo, near Cuixmala, along the coast of southwestern Mexico on October 23, 23:15 UTC, NHC reported. The system slammed the land as a category 5 hurricane with maximum sustained winds of 270 km/h (165 mph). Its minimum central pressure was estimated at 920 hPa at the time.

As it continued moving inland, Patricia has substantially weakened due to mountainous terrain and was a category 2 hurricane on October 24, 06:00 UTC, according to NHC. At the time, the system was packing maximum sustained winds of 155 km/h (100 mph) and moving further inland at 31 km/h (20 mph). Its minimum central pressure was higher and at 970 hPa. 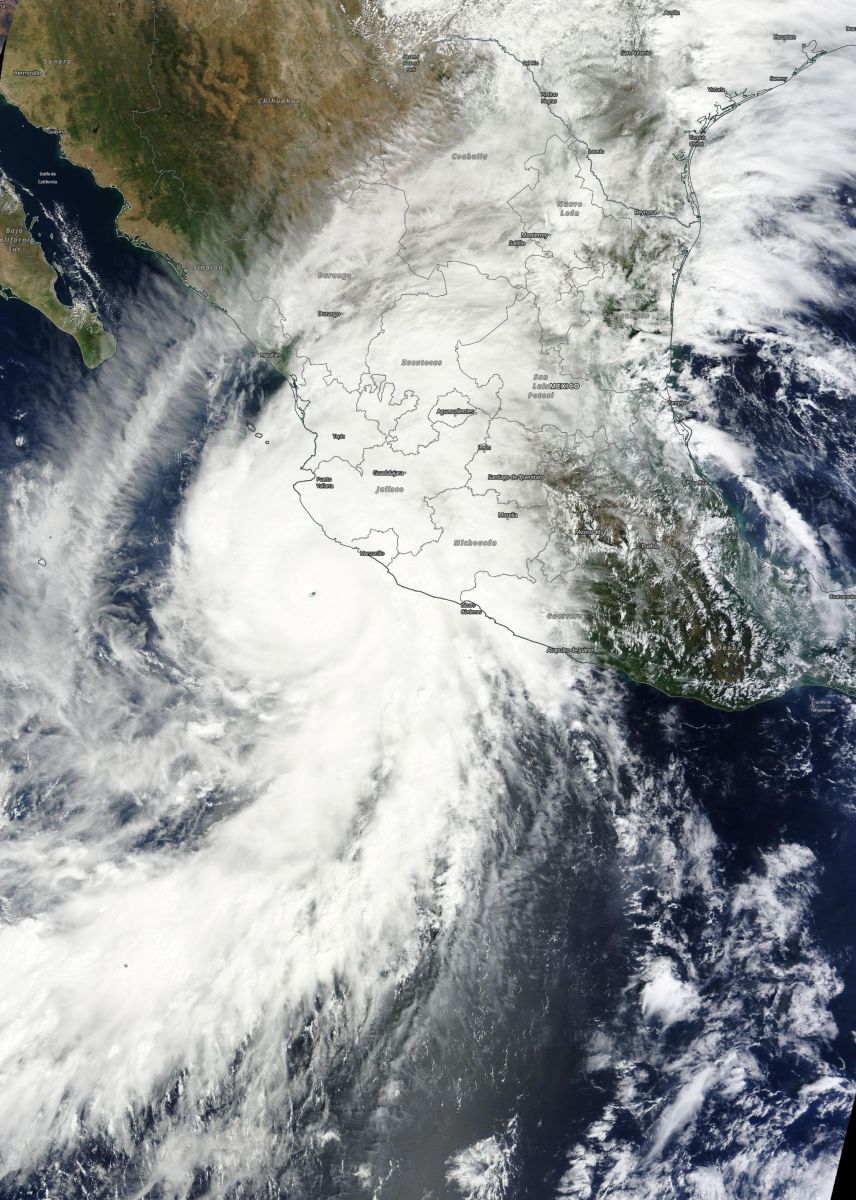 North of Manzanillo, in the town of Barra de Navidad, severe winds have blew off rooftops, toppled trees and power lines and flooded the streets. 50 000 people have been evacuated to the local shelters across the state of Colima. Nayarit state has opened about 400 shelters and invited both tourists and locals to evacuate. 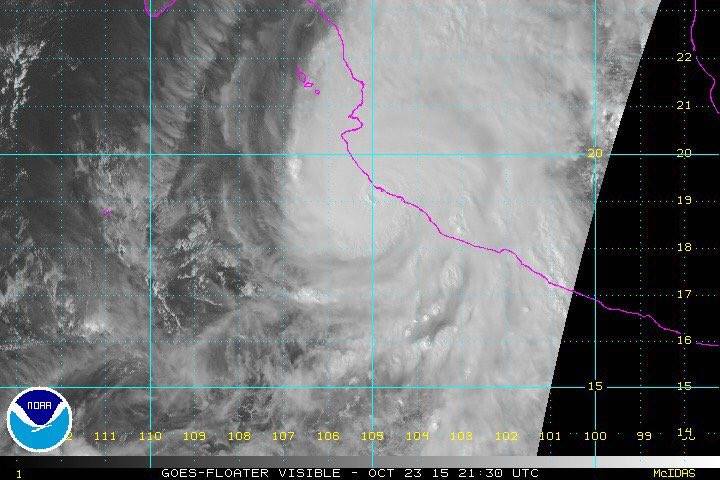 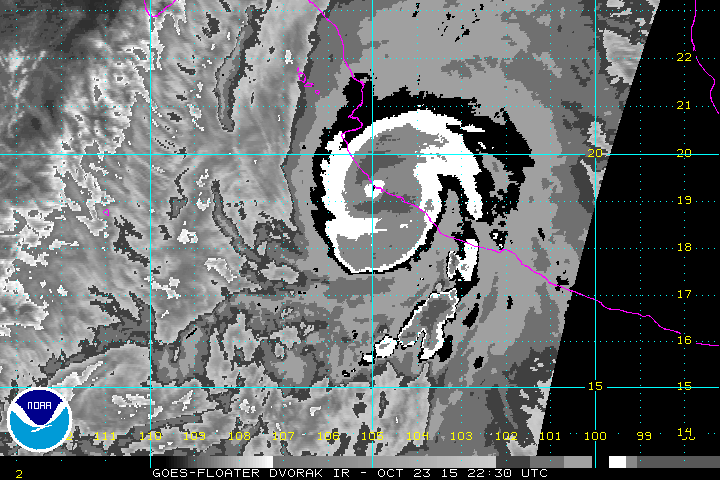 260 mm (10.25 inches) of accumulated rainfall was reported at Nevado De Colima in Jalisco state, while the Colima city measured 158 mm (6.22 inches) of precipitation in a 27 hour period, as of October 24.

So far, the damage reported has been much less than feared, according to Mexico's president Enrique Pena Nieto, however the system is dangerous and poses a significant threat.​

Hurricane force winds extend about 55 km (35 miles) out of the storm's center, while winds of tropical force have spread up to 220 km (140 miles) outward. Major flooding is underway across the strongest affected area.

"The risks surrounding Hurricane Patricia continue being high. We must not lower our guard," Interior Minister Miguel Ángel Osorio Chong stated after the storm's landfall.

Hurricane "Patricia" is forecast to continue moving north-northeastward at a fast pace, over northern and northeastern Mexico for the next day or two. Due to mountainous terrain prevailing inland, the system will most likely rapidly decline and become a tropical storm later morning and a tropical depression by the afternoon of October 24.

Tropical force winds will continue across parts of the warning area, especially on higher altitudes and near the center through October 24. Heavy rainfalls are expected to continue and most likely produce life-threatening flash floods and mudslides.

Water levels will remain above the average throughout the day, and large and destructive waves are still expected across the coastlines, as well as deadly surfs and rip currents.

The Hurricane Warning has been discontinued by the Mexico's government, while the Tropical Storm Warning is still in effect from Playa Perula to Lazaro Cardenas, according to NHC.