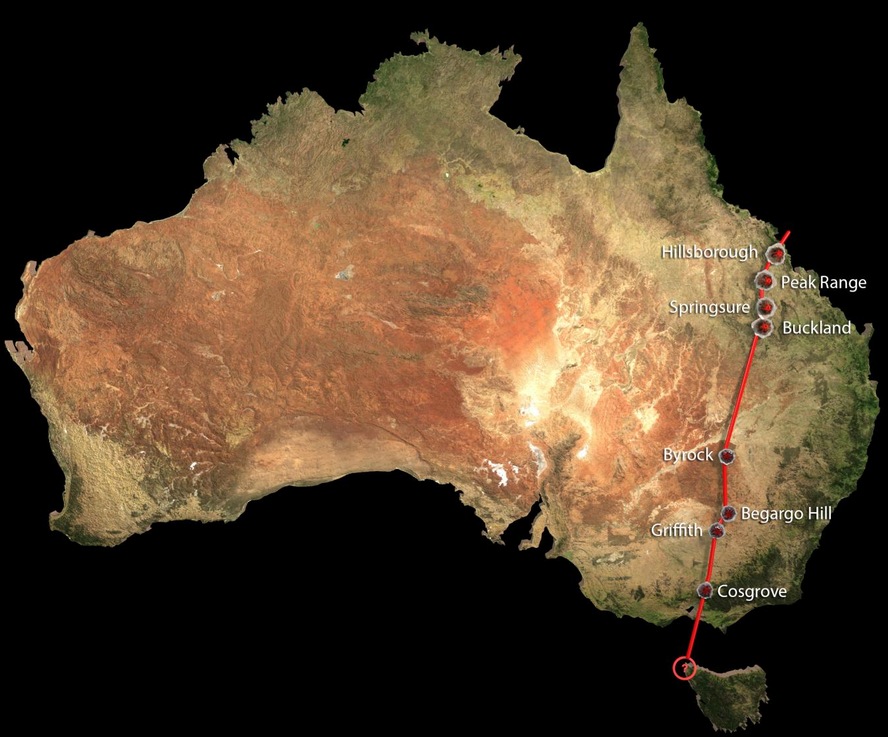 World's longest known chain of continental volcanoes was discovered in Australia and named as the 'Cosgrove hotspot track'. The track is nearly three times the length of the famous Yellowstone hotspot track on the North American Continent. It runs 2 000 km (1 240 miles) across Australia, from the Whitsundays in North Queensland to near Melbourne in central Victoria.

Cosgrove hotspot track was created over the past 33 million years, as Australia moved northwards over a hotspot in the Earth's mantle.

"We realized that the same hotspot had caused volcanoes in the Whitsundays and the central Victoria region, and also some rare features in New South Wales, roughly halfway between them," said lead author Dr Rhodri Davies from the Research School of Earth Sciences at the Australian National University (ANU).

This kind of volcanic activity is surprising because it occurs away from tectonic plate boundaries, where most volcanoes are found. These hotspots are thought to form above mantle plumes, narrow upwellings of hot rock that originate at Earth's core-mantle boundary almost 3 000 km (1 864 miles) below the surface. 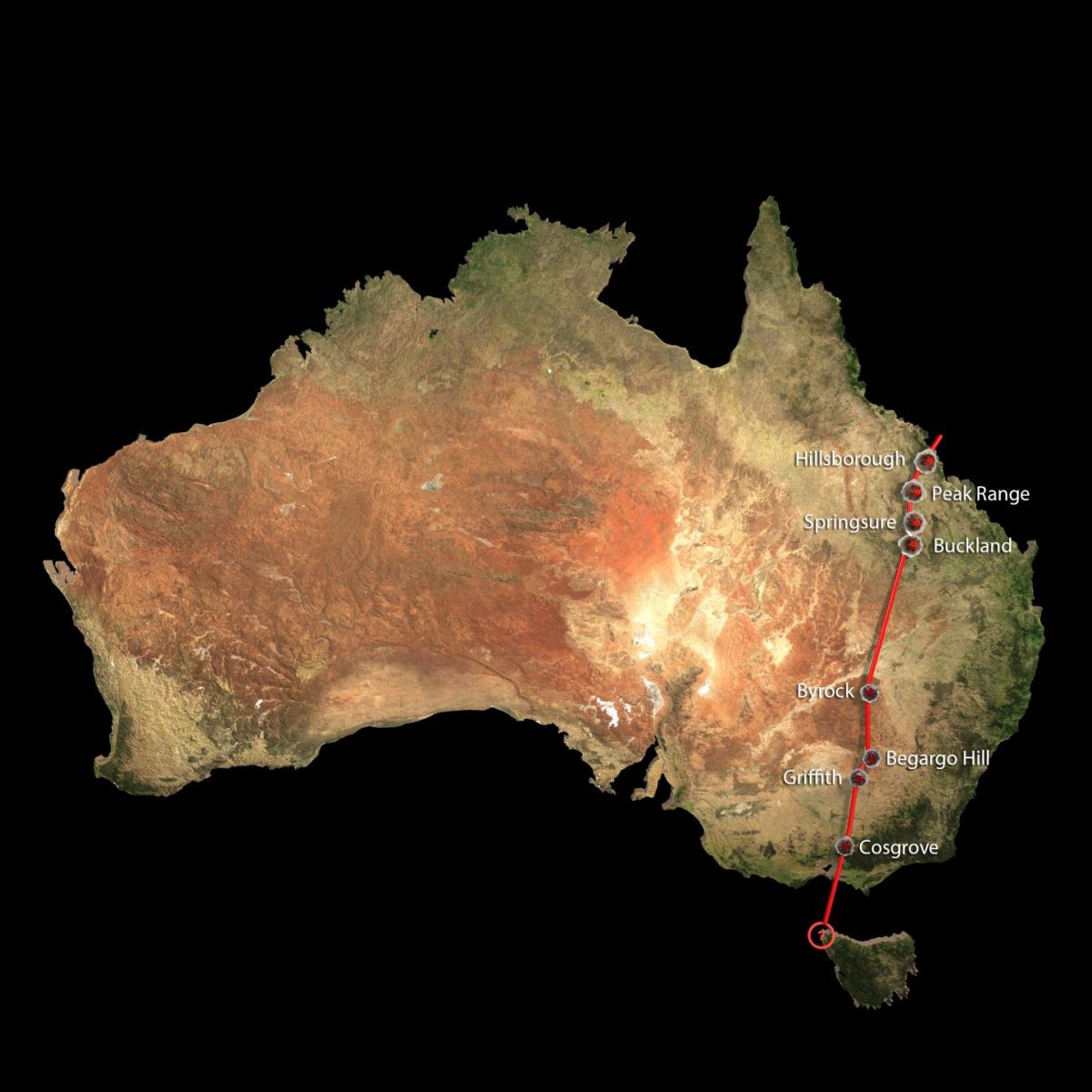 The research found that sections of the track have no volcanic activity because the Australian continent is too thick to allow the hot rock in mantle plumes to rise close enough to the Earth's surface for it to melt and form magma. Another thing that it found is that the plume created volcanic activity only where Earth's solid outer layer, called the lithosphere, is thinner than 130 km (81 miles).

Study's co-author Dr Nick Rawlinson, now at the University of Aberdeen's School of Geosciences, said these new findings will help scientists to understand volcanism on other continents and from earlier periods in Earth's history.

"Ultimately this new understanding may help us to reconstruct the past movements of continents from other hotspots," he said.

The giveaway that the continent is just thin enough for melting to begin, such as in northern New South Wales, is the formation of an unusual mineral called leucitite.

"Leucitite is found in low-volume magmas that are rich in elements such as potassium, uranium and thorium," said co-author Professor Ian Campbell from the ANU Research School of Earth Sciences. "Now that we know there is a direct relationship between the volume and chemical composition of magma and the thickness of the continent, we can go back and interpret the geological record better."

Dr Davies said the mantle plume that formed the Australian volcanoes is probably still in existence, under the sea a little to the northwest of Tasmania. "There are observations of higher mantle temperatures and increased seismicity in this region."