A massive sandstorm engulfed the Middle East on September 8, 2015, severely reducing visibility, killing at least 2 people and sending thousands to hospitals. By September 9, at least 12 peopble have been reported dead throughout Lebanon and Syria. 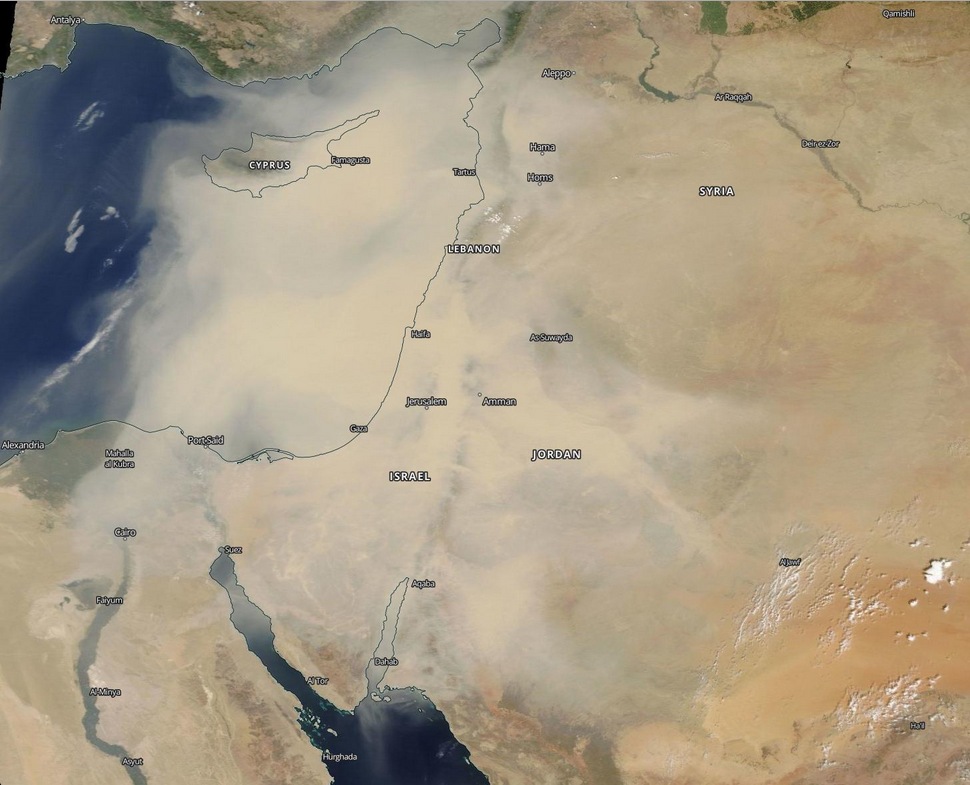 The meteorological department at Beirut's Rafik Hariri International Airport described the storm as being 'unprecedented' in Lebanon's modern history.

Lebanon's Health Ministry said two people had died as a result of the storm and 750 people had been hospitalized with breathing problems, according to Reuters.

Authorities of all affected countries are urging people to stay indoors.

Image of the #sandstorm in #Beirut (AP) pic.twitter.com/hVRd8kXcEv

More pictures from the #sandstorm in #syria today pic.twitter.com/ENi3XvkQQ7