The rain provided a temporary relief from exceptional drought affecting almost entire state of California, but it was so heavy it caused a lot of infrastructural damage.

Over 177 mm (7 inches) of rain was recorded in just a few hours before the Interstate 10 bridge collapsed forcing closure of this main roadway between Southern California and Phoenix, Arizona.

A pickup truck was swallowed up when the bridge collapsed, and its driver was stranded inside for 45 minutes while the waters roiled below. Police and motorists tied rope to the truck to keep it from washing away before he was rescued.

Data from NASA's Integrated Multi-satellitE Retrievals for GPM (IMERG) were used to estimate the extreme amount of rain that fell during the past week. This analysis included data collected from July 13 – 20, 2015. 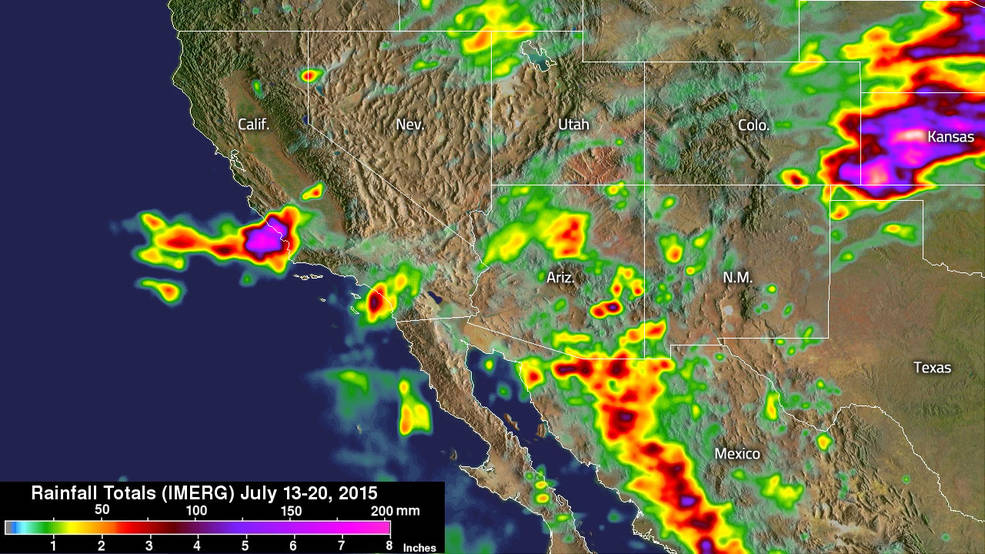 Rainfall that would not have been as significant in other areas of the United States have an extra impact in bone dry areas of California.

Rainfall totals were estimated by IMERG to be over 268 mm (about 10.6 inches) in some areas of California.