Strong flash flood event hit Ohio region late Saturday, July 18, 2015. Three people died, as their home was swept away in the Brown County, after the nearby creek flooded.

A severe rainfall drenched the Brown County in Ohio on Saturday evening. When the waters of Redoak Creek rose and overflew the area, the mobile family home was pulled out of its foundation and swept away by flooded waters. A mother and two children were found dead, while the rest of the family, a father and two sons, were rescued by an emergency team, and hospitalized. 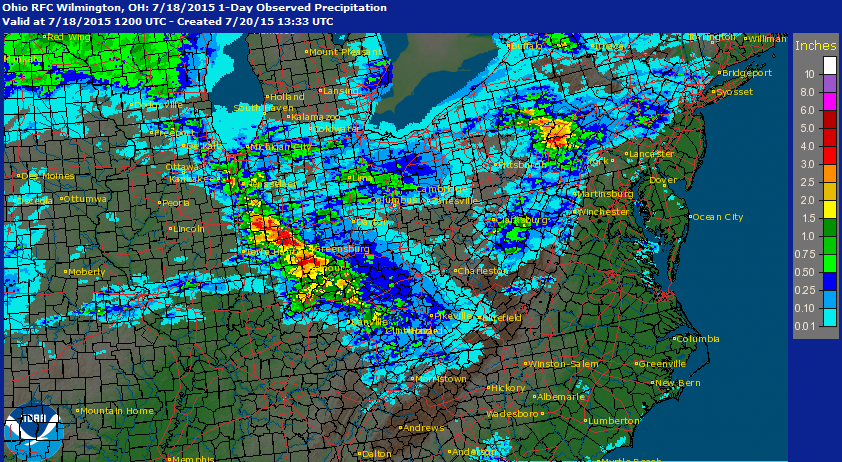 Around 101.5 mm (4 inches) of rainfall was reported in the interval of only a few hours. Several streets in Georgetown were also flooded by 1.5 to 1.8 m (5 to 6 feet) of water, reported the Associated Press.

The fire squad and police officials, as well as the Red Cross and Ohio Watercraft Rescue team were on the field since early morning. The water was rushing so far, according to the eyewitnesses that one Georgetown firefighter was almost pulled in, but he grabbed a fellow officer in time.

Extensive infrastructure damage was reported, and official traffic route SR-125 was closed due to the damage. "We have a lot of infrastructure damage – streets, some culverts," Georgetown Administrator Art Owens said. "These guys have been here doing this all night long, and I know they're worn out."