A previous Picture of the Day published in late 2012 quoted Jonathan Nichols from the University of Leicester:

“The main aurora oval on Jupiter we think should dim when the solar wind blows harder, but what we see is that actually gets brighter, which is totally counter intuitive and we still don’t know why.”

According to data compiled from the Japanese Aerospace Exploration Agency’s (JAXA) Spectroscopic Planet Observatory for Recognition of Atmosphere (HISAKI), auroral storms on Jupiter are due to its “rapid rotation”. However, the reason that its rotation causes the aurora to brighten is electrical in nature.

Jupiter is 142 984 kilometers in diameter at its equator. That means a day on Jupiter lasts only 9.925 hours. Its rapid rotational velocity also means that its equatorial diameter is 9 275 kilometers more than the distance between its poles.

As written elsewhere, Jupiter’s magnetosphere extends outward in a toroidal field for approximately 650 million kilometers, reaching beyond Saturn’s orbit. Ions from the solar wind and from Jupiter, itself, are trapped by the gas giant’s magnetic field, similar to the Van Allen radiation belts that surround Earth. However, as the JAXA press release points out: “Jupiter has a magnetic moment that is more than 1 000 times stronger than that of Earth.” 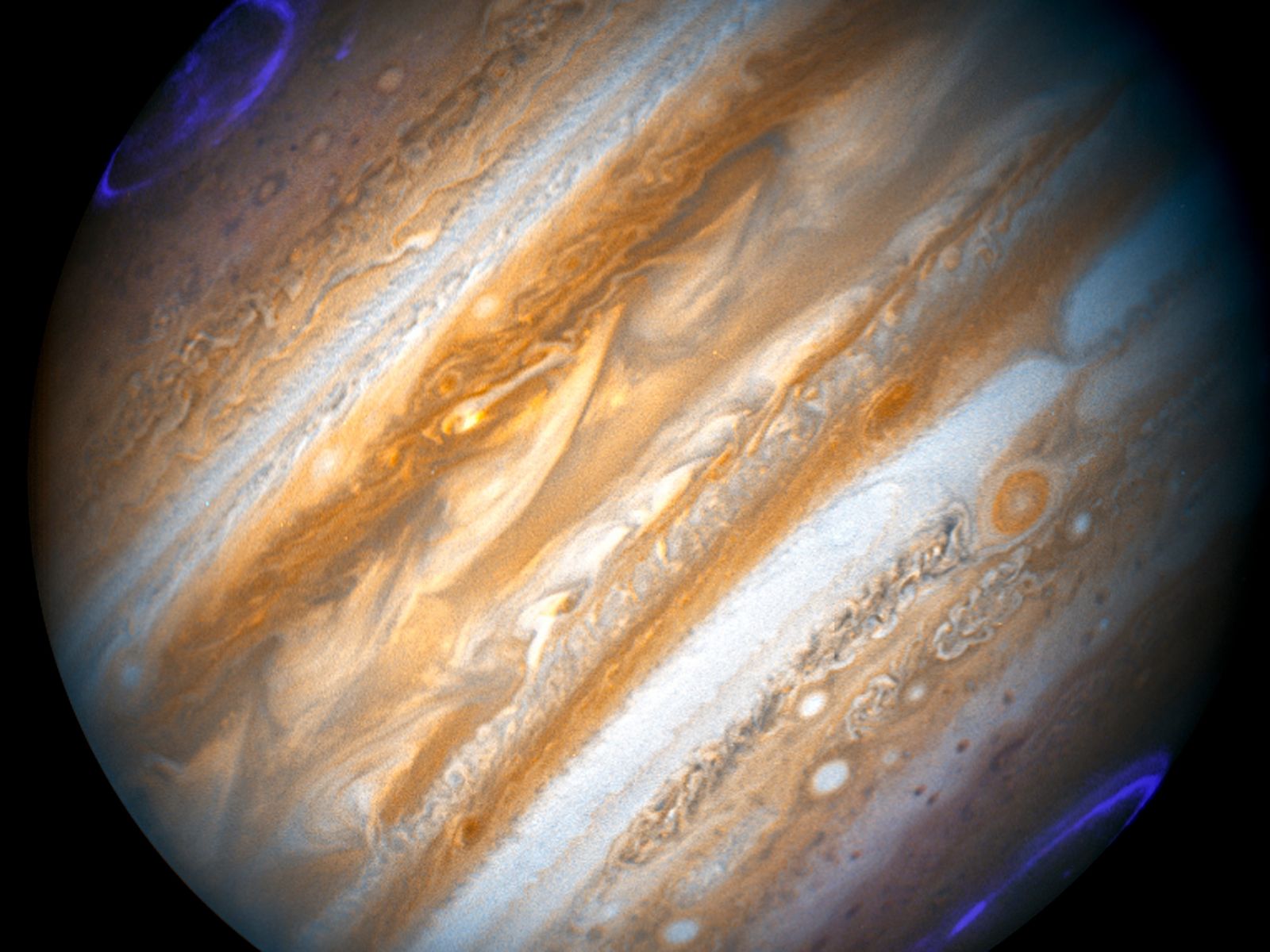 The Galileo spacecraft discovered electric charge flowing around the planet, just as Electric Universe theorists predicted. As the moon Io revolves around Jupiter, electrical power greater than 2 trillion watts is dissipated between them. That electric current travels within Jupiter’s magnetic field, creating lightning in the planet’s upper atmosphere, as well as intense aurorae at the poles.

Electric Universe advocate, Wal Thornhill argued that it is plasma discharges from Io to Jupiter that cause Io’s “footprint” to be seen in Jupiter’s polar aurorae. In fact, all four of Jupiter’s largest moons were discovered to leave “tails” traveling within the plasma column. When NASA sent New Horizons on a mission to study Pluto and Charon, it flew by Jupiter and found that the plumes of Tvashtar, Io’s giant “volcano”, were filamentary, with indications that they are cathode jet discharges from “hot spots” linking Io with Jupiter.

An electrical connection between Jupiter and its moons means that they are not electrically neutral. Jupiter exists in an electrodynamic relationship with the Sun, and it is now known that charged particles (the solar wind) power planetary aurorae, in most cases. However, since Jupiter’s auroral storms are seen when solar activity is low, Io’s influence provides a key to use when studying other planetary bodies with magnetic fields.