Tropical Storm "Linfa" (Egay) formed east of the Philippines on July 1, 2015, intensified and is expected to make landfall over northern Luzon, an area which gets frequently hit by typhoons, late July 4 through early July 5. Heavy rain, flash floods and landslides present the biggest threat from this system.

Over the next 24 hours, PAGASA expects Linfa's center about 90 km (56 miles) ESE of Aparri, Cagayan or over the eastern coast of Cagayan.

Estimated rainfall amount is from moderate to occasionally heavy within the 400 km (248 miles) diameter of the tropical storm. 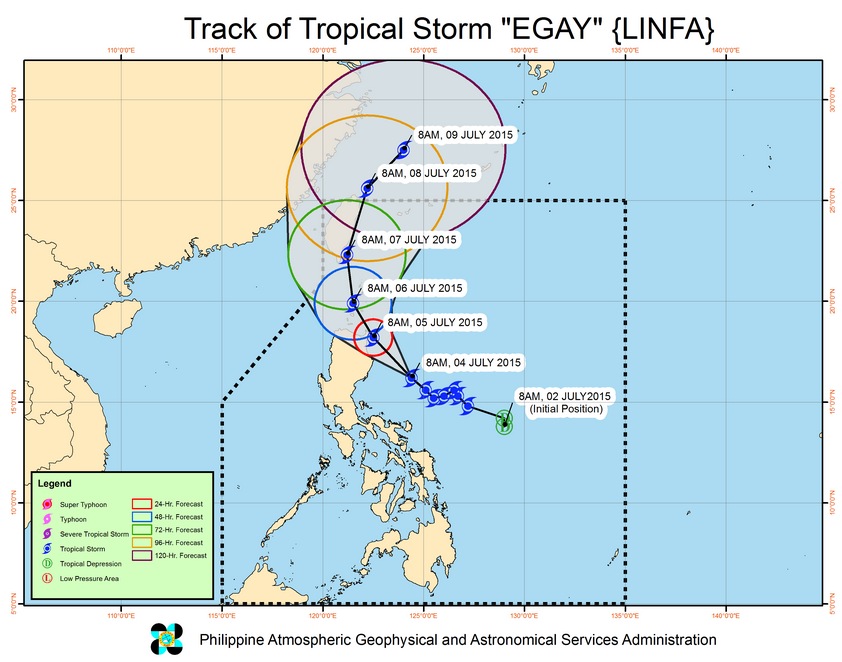 Fisher folk and small sea crafts are advised not to venture out over the seaboards of southern Luzon and Visayas and the northern seaboard of Mindanao.

Residents in mountainous and low lying areas of Metro Manila, MIMAROPA, CALABARZON and Bicol Region are alerted against possible flashfloods and landslides. 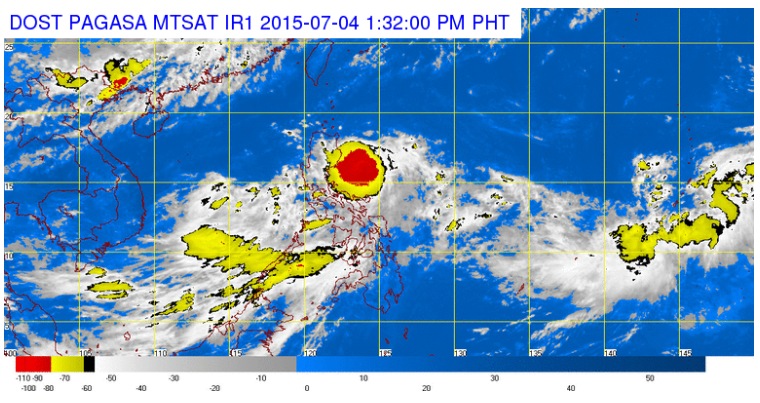 JTWC noted at 03:00 UTC on July 4, it expects Linfa to remain on a WNW trajectory over the next 48 hours. Modest intensification to 102 km/h (63.3 mph) due to favorable sea surface temperatures and ocean heat content is expected.

After it makes landfall in northern Luzon the system will begin weakening and re-emerge over water as a weak tropical storm. Beyond the next 48 hours, Linfa will turn to the north and intensify slightly. 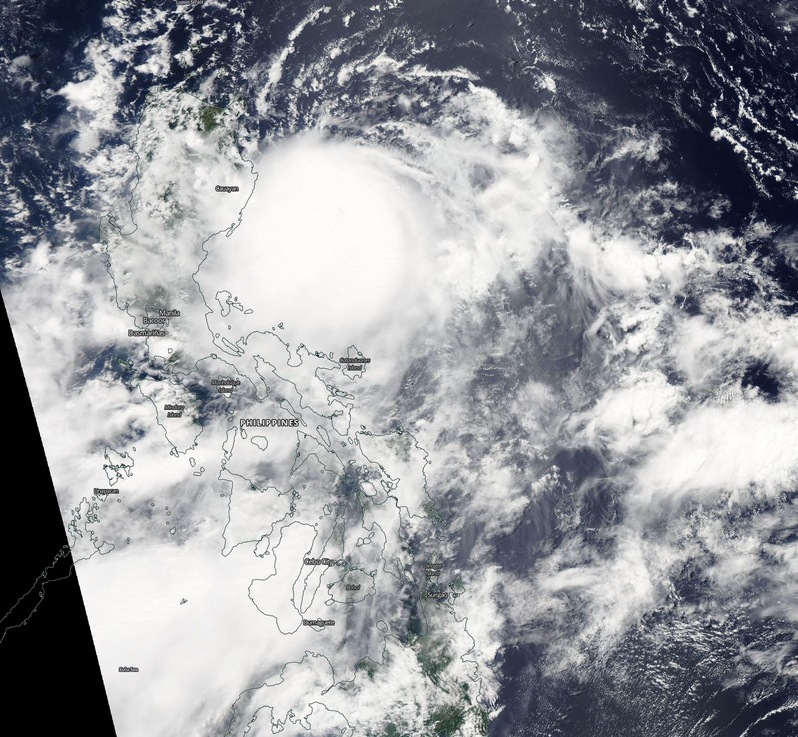