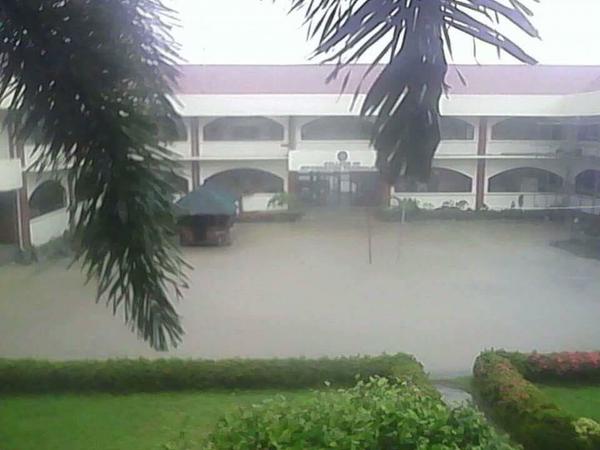 Heavy rainfall and strong winds brought to the Philippines by the Tropical Storm "Linfa", locally known as "Egay", has battered the Cordillera region on the island of Luzon, causing river swelling and landslides on July 6, 2015.

The tropical storm hit northern Luzon, Philippines on July 5 and re-emerged over the open waters between Luzon and Taiwan. At 03:00 UTC on July 6, it's location was approximately 496 km (308 miles) NM NNW of Manila, Philippines. The system is forecasted to slowly progress poleward, reaching peak intensity wind speed of 101.8 km/h (63.3 mph) in the next 36 hours and hit southern Taiwan on Thursday, July 9. 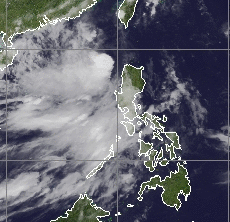 The recommendation to evacuate the communities due to danger of landslides was issued by the Cordillera Regional Disaster Risk Reduction and Management Council (CRDRRMC). As a result 58 families in Benguet Kalinga and Apayao have been evacuated. 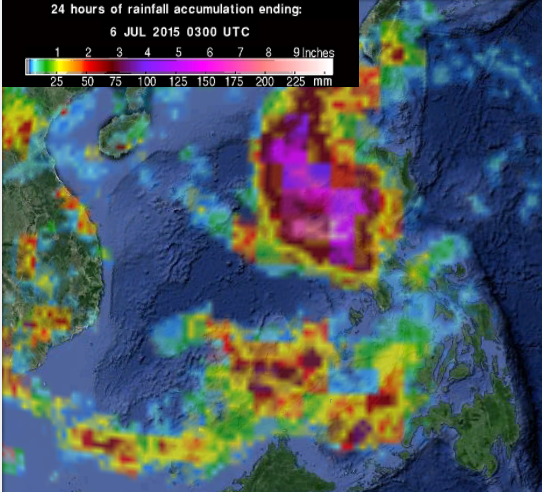 Over 209 mm (8.22 inches) of rainfall was recorded on Saturday, July 4, and Sunday, July 5, exceeding the evacuation threshold of 150 mm (5.90 inches) of continuous rainfall. The public was also warned about the high risk of landslides, rockslides and flash floods.

The Philippines region is also under the influence of the Southwest Monsoon that is expected to hover over the area until Thursday, July 9. This means the continuous precipitation is expected in the forthcoming days in the Bagui and Benguet area.

Consequently, this increases the risk of further landslides in the area of Sitio Mamuyod in Barangay Ambassador in Tublay, Benguet and the Barangay Samoki in Bontoc. The rivers of the Apayao and Chico in the Kalinga and Apayao provinces are also prone to swelling.