There were no radio signatures that would suggest a Coronal Mass Ejection (CME) was produced.

This region is rapidly growing and rotating into geoeffective position. It could produce Earth-directed CMEs in the days ahead.

Solar activity is expected to be low with a chance for M-class (R1-R2/Minor-Moderate) flare activity over the next three days (July 6 to 8), particularly from Region 2381. 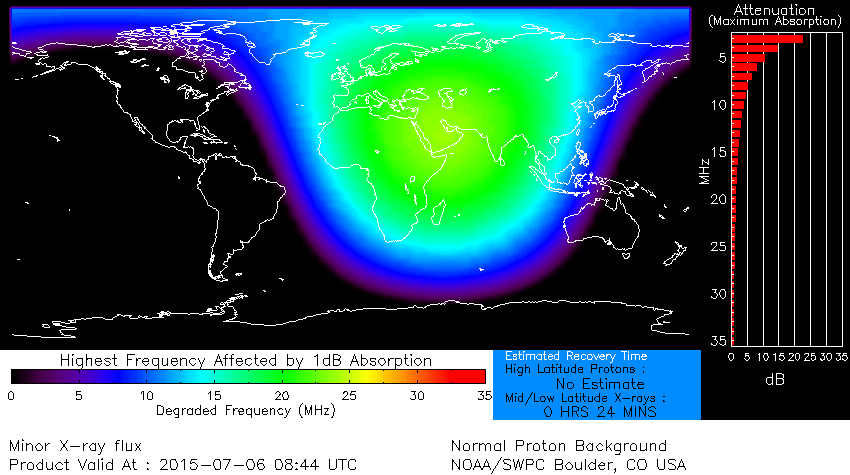 There were no radio signatures that would suggest a CME was produced.

The region also produced several C-class flares and continued to grow in size and spot count. 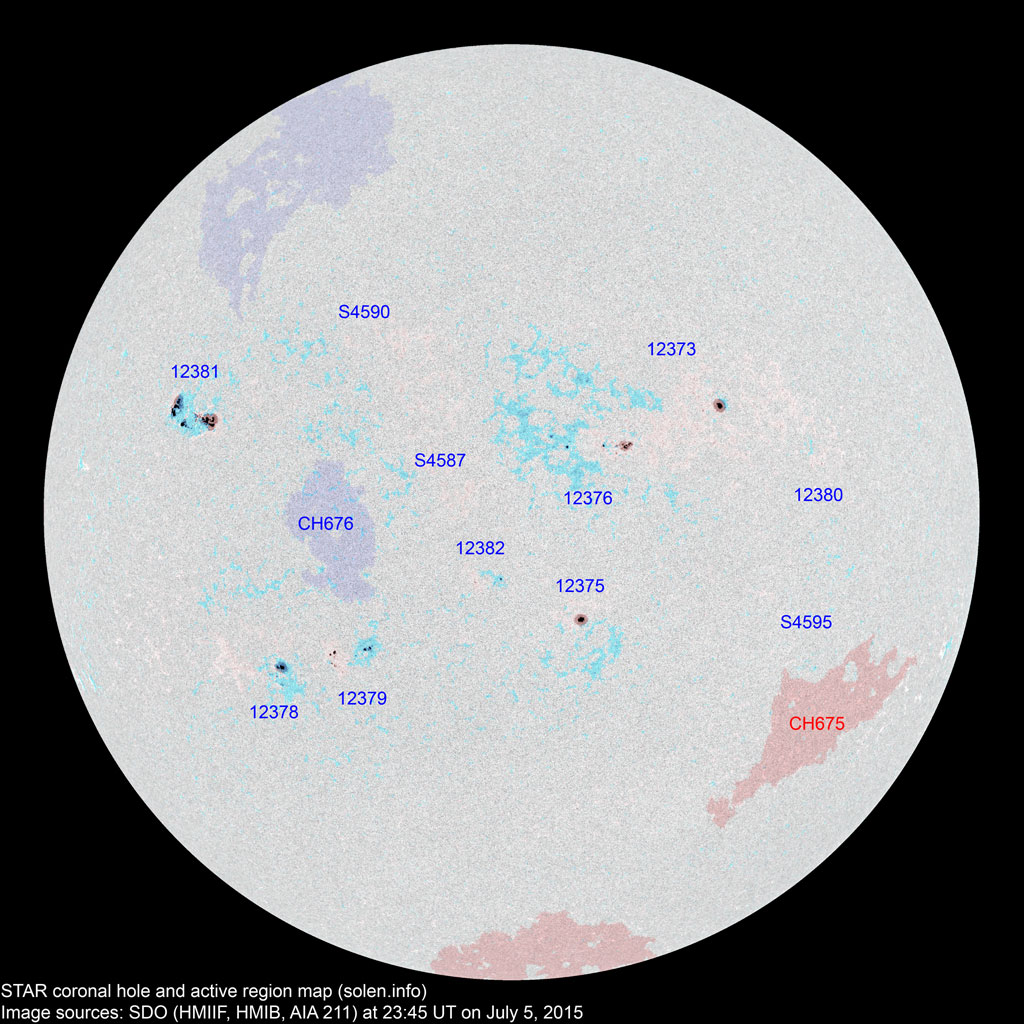 The greater than 2 MeV electron flux was at normal to moderate levels while the greater than 10 MeV proton flux remained at background levels over the past 24 hours (by 12:30 UTC on July 6).

Solar wind parameters were indicative of weakening coronal hole high speed stream (CH HSS) effects during the past 24 hours. Solar wind speeds averaged about 525 km/s. IMF total field values ranged between 2-7 nT while the Bz component varied between +6 nT to -5 nT. The phi angle was predominately in a negative (toward the Sun) solar sector orientation.

Solar wind parameters are expected to begin a return to background levels through July 6 as CH HSS influence continues to subside. A return to an ambient solar wind environment is expected on July 7 and 8. 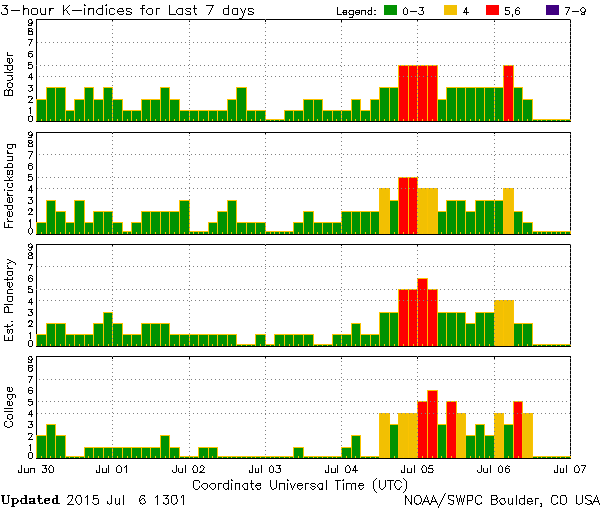