Tropical Storm "Linfa" hit the province of Guangdong, southern China bringing heavy rain and winds of up to 126 km/h (78.3 mph) around 03:00 UTC on Thursday, July 9, 2015. Linfa is the first of two large storms forecast to hit China this week. Typhoon "Chan-hom" is expected to hit Fujian or Zhejiang provinces late July 10 or early July 11, 2015.

From Wednesday night (July 8, local time), gales and torrential rains hit Shantou City about 100 km away from the landing point. Trees in the city were brought down by strong winds while three main bridges to Shanwei City and an offshore island county have all been closed as of Thursday morning.

"Even though it has shown indications of weakening, its intensity is not expected to change rapidly in a short period of time," the observatory said.

Update: As of July 10, the Chinese Government reports 56 000 people evacuated and nearly 300 houses collapsed in Guangdong. No casualties have been reported.

Further off the coast of China is the more powerful Typhoon "Chan-hom" which is forecast to hit Fujian or Zhejiang provinces late Friday, July 10 or early Saturday, July 11, 2015 (UTC).

Chan-hom is already affecting Okinawa, Japan on Thursday, July 9 and will soon bring heavy rain and very strong winds to northern Taiwan too.

Xinhua says Shanghai plans to suspend all passenger trains along the coast on Friday and Saturday. 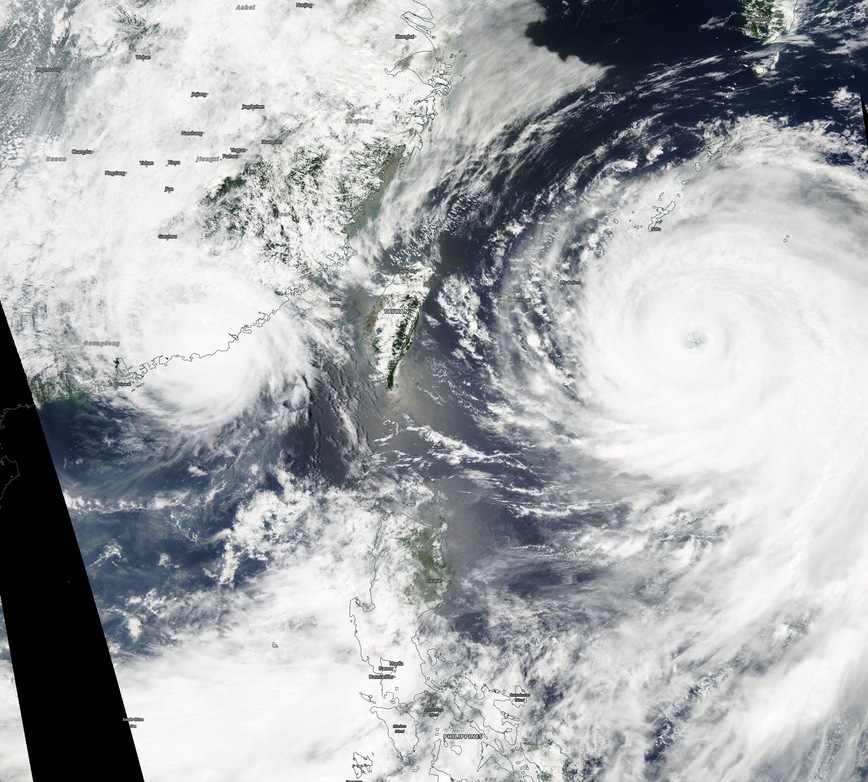 Even further to the east, Typhoon "Nanga" is following Chan-hom and is passing north of Guam and Northern Marianas Islands.