Powerful Typhoon "Chan-hom" passed between Miyakojima and Okinawa islands, Japan late July 9 and early July 10 (UTC) packing winds of up to 222 km/h (138 mph). This made Chan-hom a Category 4 typhoon on the Saffir-Simpson wind scale. Chan-hom is expected to hit Fujian or Zhejiang provinces late Friday, July 10 or early Saturday, July 11, 2015 (UTC) and pass near or over Shanghai on July 12 as a Category 1 typhoon.

On July 9 at 02:05 UTC the MODIS instrument aboard NASA's Terra satellite captured an image of "Chan-hom" east of Taiwan. The image clearly showed an eye with powerful bands of thunderstorms spiraling into the center of circulation. 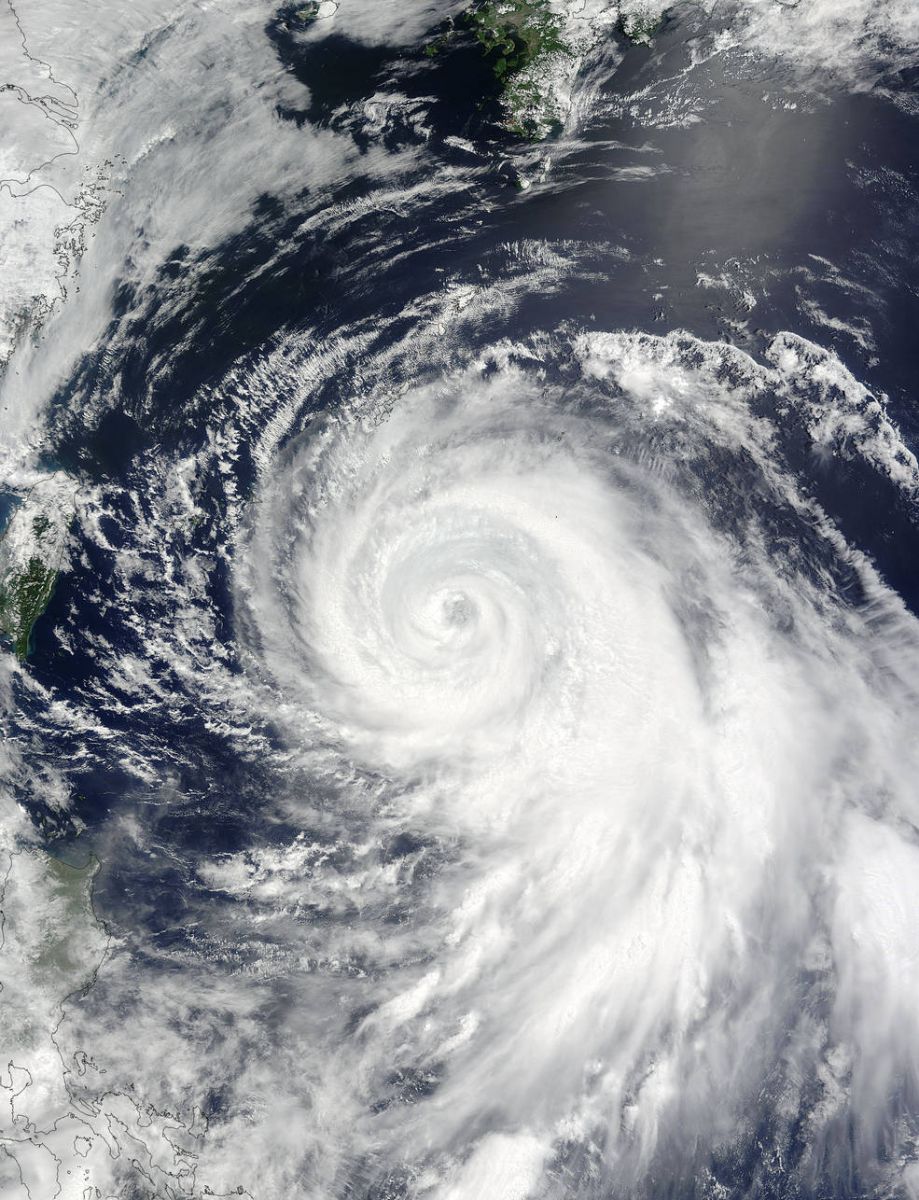 The system is expected to maintain the current intensity in the short term. Afterward, unfavorable environmental conditions will start the weakening trend. Over the next 36 hours, Chan-hom will further weaken as it tracks over eastern China.

Current forecast track by JTWC takes the system near or over Shanghai, the most populated city in the world, on July 12 as a Category 1 typhoon. Its maximum sustained wind speed is expected to be around 148 km/h (92 mph) when it approaches the city. 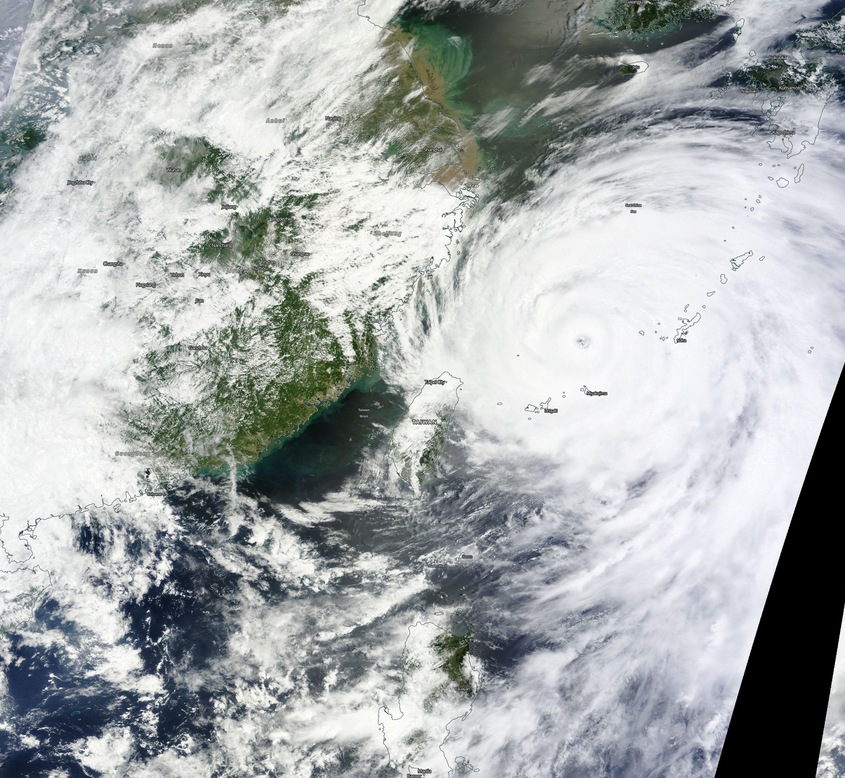 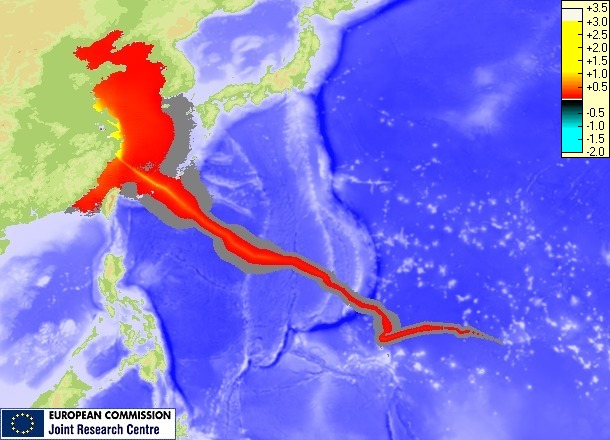 Meanwhile, Super Typhoon "Nangka", with maximum sustained winds near 241 km/h (150 mph), is located NNW of Guam and is tracking W at 16.7 km/h (10.3 mph). Nangka is now in a weakening trend, however, it is expected to start intensifying again on July 15. Its current forecast track takes it toward mainland Japan. 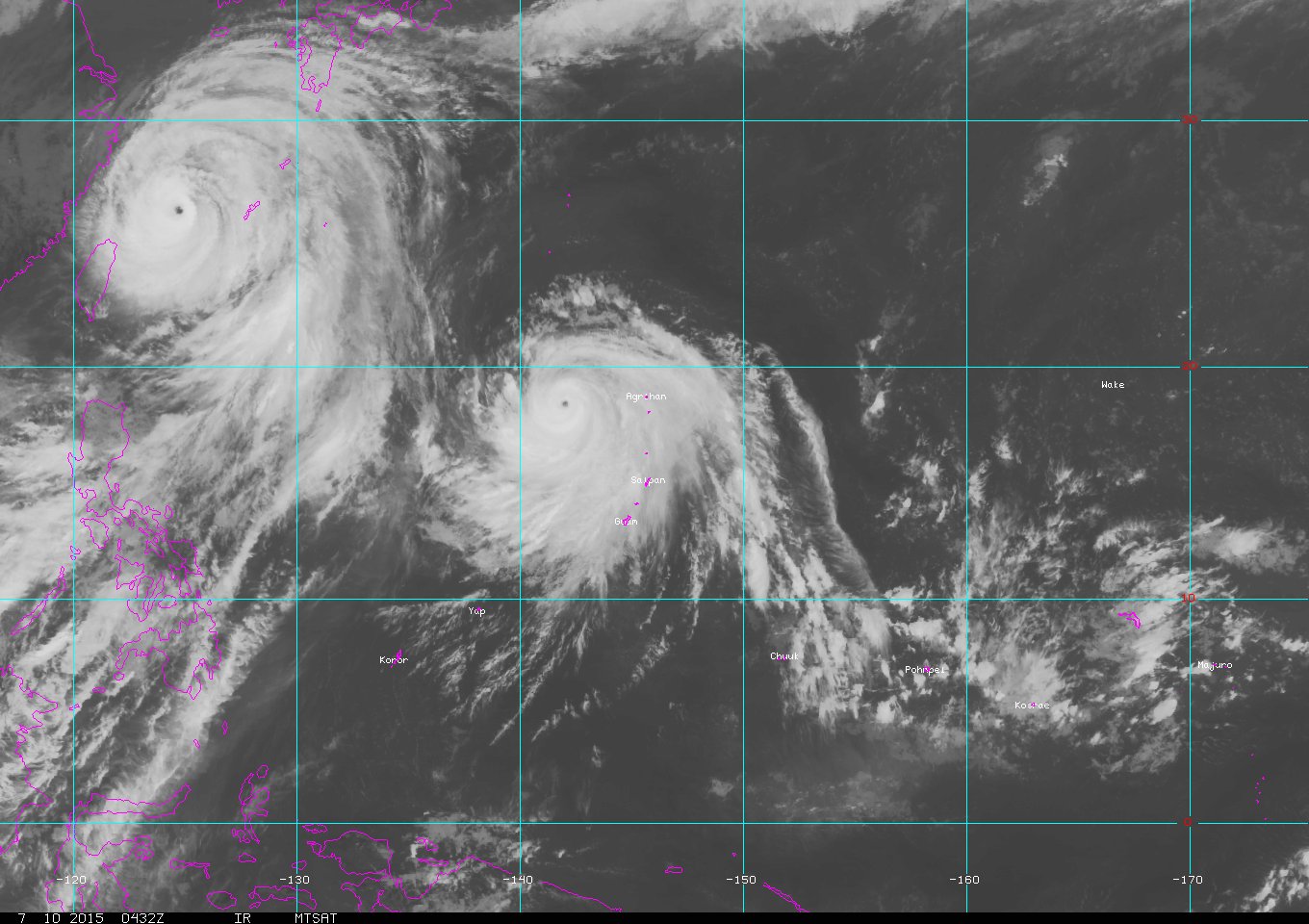