Around 865 000 people have been evacuated from the coastal areas of Zhejiang province, China ahead of Typhoon "Chan-hom" landfall.  The typhoon is expected to hit land Saturday afternoon between the coastal cities of Rui’an and Zhoushan, south of Shanghai. Chinese Meteorological Administration has issued a red warning for the province.

Authorities have also ordered 28 764 ships back to ports, canceled all flights into and out of Zhoushan along with 400 flights elsewhere in the region. More than 100 trains between the region's cities are not operating.

During the last 24 hours, Chan-hom has been moving in the East China Sea in a NW direction, causing 20 injuries in southern Japanese islands, and reached Chinese coastal areas close to Ningbo (Zhejiang province) as of 00:00 UTC on July 11.

At the time, the typhoon had a wind speed of approximately 167 km/h (104 mph) which made it a Category 2 tropical cyclone.

Over the next 24 hours, Chan-hom will change its course to a NE direction passing over the sea area close to Shanghai and towards the Korean peninsula.

The Japanese authorities issued a red warning for high waves for the southern areas of the country (Hokubu, Nambu and Toshiima-mura).

At 09:00 UTC on July 11, JTWC noted that animated multi-spectral imagery continues to show the system has maintained tight spiral banding which is wrapping into a 26 km (16 miles) wide eye with some erosion on the western side due to land interaction.

Beyond the next 36 hours, Chan-hom is expected to make landfall near Haeju, North Korea. As it tracks through the mountainous terrain of northern North Korea, JTWC expects continued decay of the system with complete dissipation west of Vladivostok, Russia on July 14. 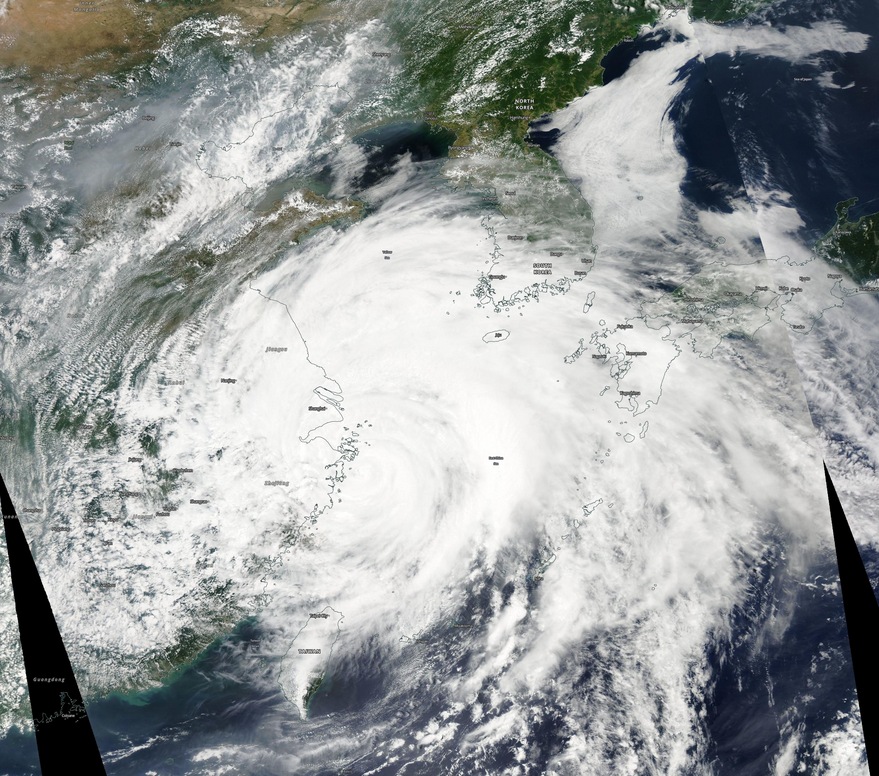