Indonesia's Raung volcano has been erupting continuously over the past week, and this has generated a significant ash cloud which will continue to disrupt flights around the islands of Bali and Lombok over the weekend (July 11 – 12, 2015).

On July 5, BNPB reported that roaring was heard from continuous explosions and Strombolian activity at Raung. Dense white-and-gray plumes rose as high as 400 m (1 300 feet) and drifted SE.

On July 10, Volcano Discovery noted the eruption inside the summit caldera continues with intense Strombolian activity and the effusion of an intra-crater lava flow. 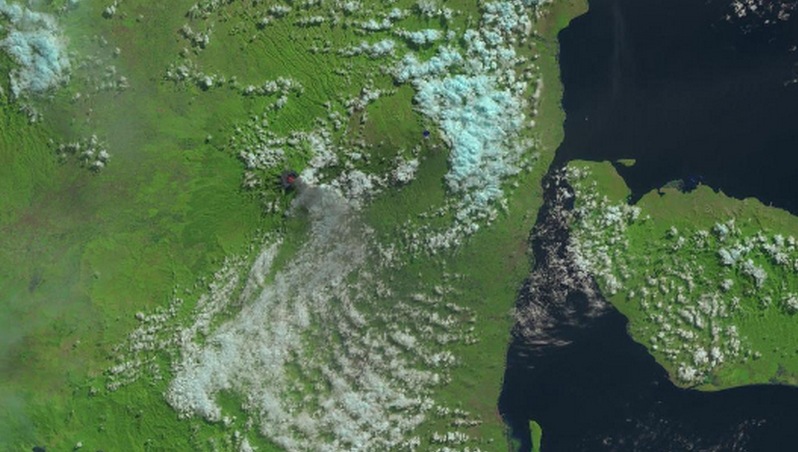 The Alert Level remains at 3 (on a scale of 1-4), and the public is reminded not to approach the crater within a 3-km (1.9 miles) radius.

Raung, one of Java's most active volcanoes, is a massive stratovolcano in easternmost Java that was constructed SW of the rim of Ijen caldera. The 3332-m-high, unvegetated summit of Gunung Raung is truncated by a dramatic steep-walled, 2-km-wide caldera that has been the site of frequent historical eruptions.

A prehistoric collapse of Gunung Gadung on the west flank produced a large debris avalanche that traveled 79 km from the volcano, reaching nearly to the Indian Ocean. Raung contains several centers constructed along a NE-SW line, with Gunung Suket and Gunung Gadung stratovolcanoes being located to the NE and west, respectively. (GVP)