On July 7, regional warnings were in effect for several areas as Nangka continued moving through the northwestern Pacific Ocean. A typhoon watch was in effect for Agrihan, Pagan and Alamagan in the northern Marianas.

On July 8, a Typhoon Warning was in effect for Agrihan, Pagan and Alamagan in the northern Marianas while a Tropical Storm Warning was in force for Saipan and Tinian. 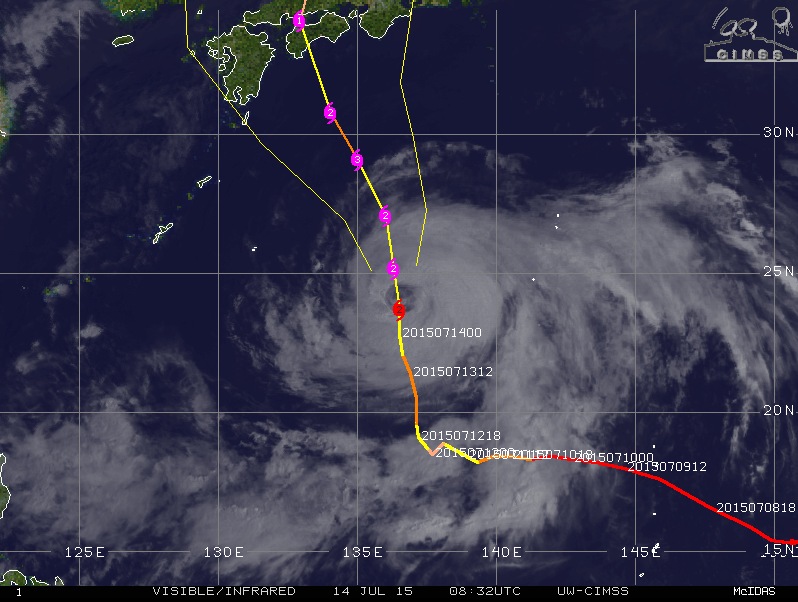 Early July 9, Nangka reached Super typhoon strength N of Guam and Northern Mariana Islands. Super typhoon is a term utilized by the U.S. Joint Typhoon Warning Center (JTWC) for typhoons that reach maximum sustained 1-minute surface winds of at least 250 km/h (130 kt, 150 mph, 65 m/s). This is the equivalent of a strong Saffir-Simpson category 4 or category 5 hurricane in the Atlantic basin or a category 5 severe tropical cyclone in the Australian basin.

By 15:00 on July 9, its maximum sustained winds dropped to near 203.7 km/h (126.6 mph). Nangka was moving away from Northern Mariana Islands and weakening, but was expected to intensify again on its approach to southern Japan. 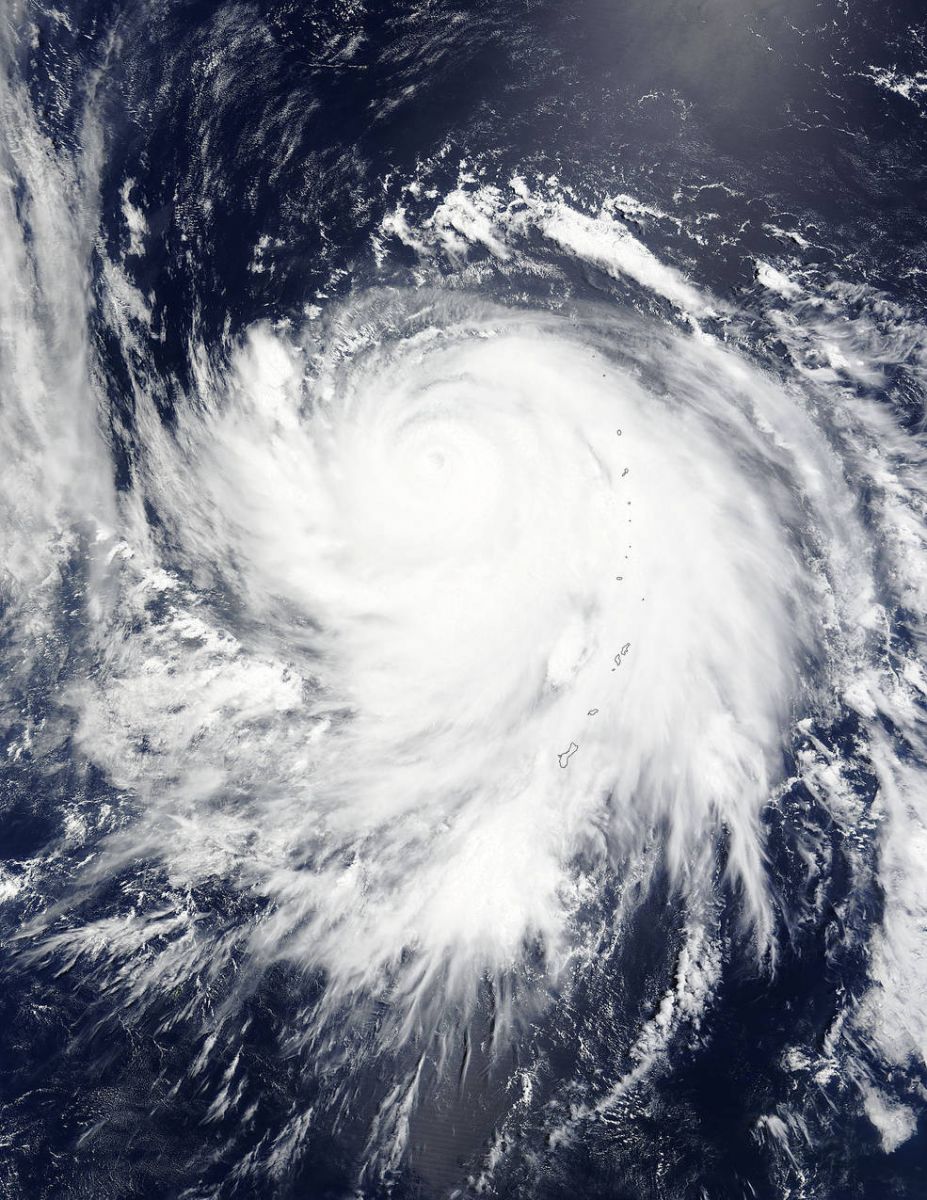 When NASA's Terra satellite passed over Typhoon Nangka on July 13 at 1:40 UTC, the MODIS instrument captured a visible-light image that showed strong bands of thunderstorms spiraling into the center and a visible eye. 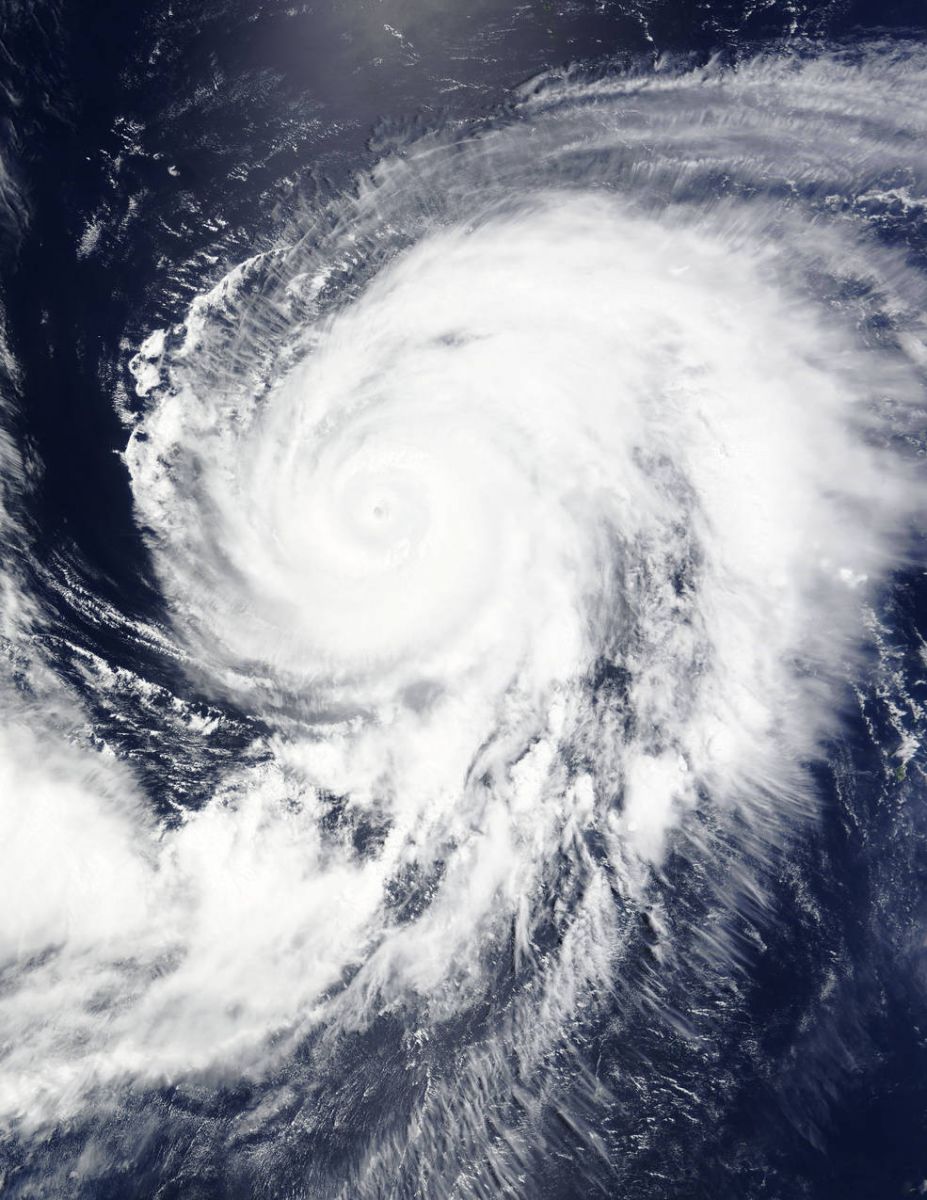 Nangka is expected to pass just east of Hiroshima around 06:00 UTC on July 17 and then enter the Sea of Japan. 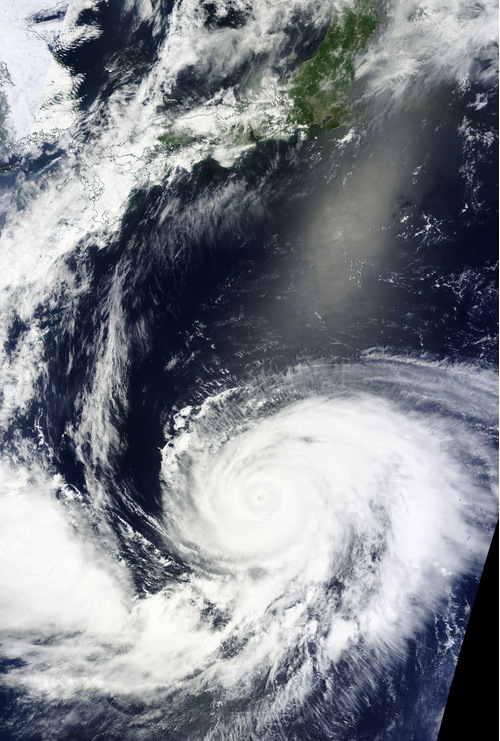