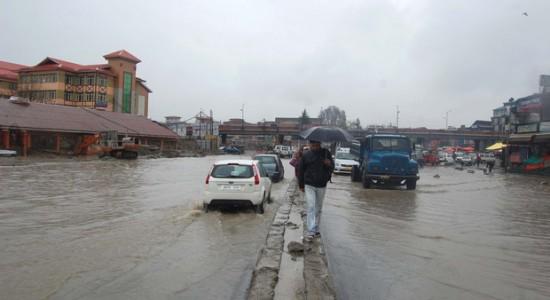 Heavy rainfall has lashed several states across the northern and eastern India and Pakistan, in the last couple of days, causing floods and landslides. At least 19 people were reported dead by July 13, 2015, in northern India, and 8 in Pakistan.

The River Kabul at Nowshera, the Indus at Chashma and the River Chenab at Qadirabad have been reported at "medium flood level", according to Pakistan Meteorological Department (PMD).

According to Floodlist report, flash floods in Pakistan, caused by seasonal monsoon rainfall, left 8 people dead in the area of Rawalpindi, on Tuesday, July 7, 2015.

14 villages in the Sundergarh and Jharsuguda districts in Odisha were flooded on Saturday, July 11, 2015, according to Odisha Deputy Special Relief Commissioner (DSRC) Pravat Ranjan Mohapatra. A house collapse incident in Uttar Pradesh left 7 people dead, while 3 more died in a landslide that occurred in the Kashmir region.

World Meteorological Organization (WMO) reported 82 mm (3.22 inches) of rain, in a 24 hour period between 11th and 12th of July, fell in Bareilly in Uttar Pradesh. 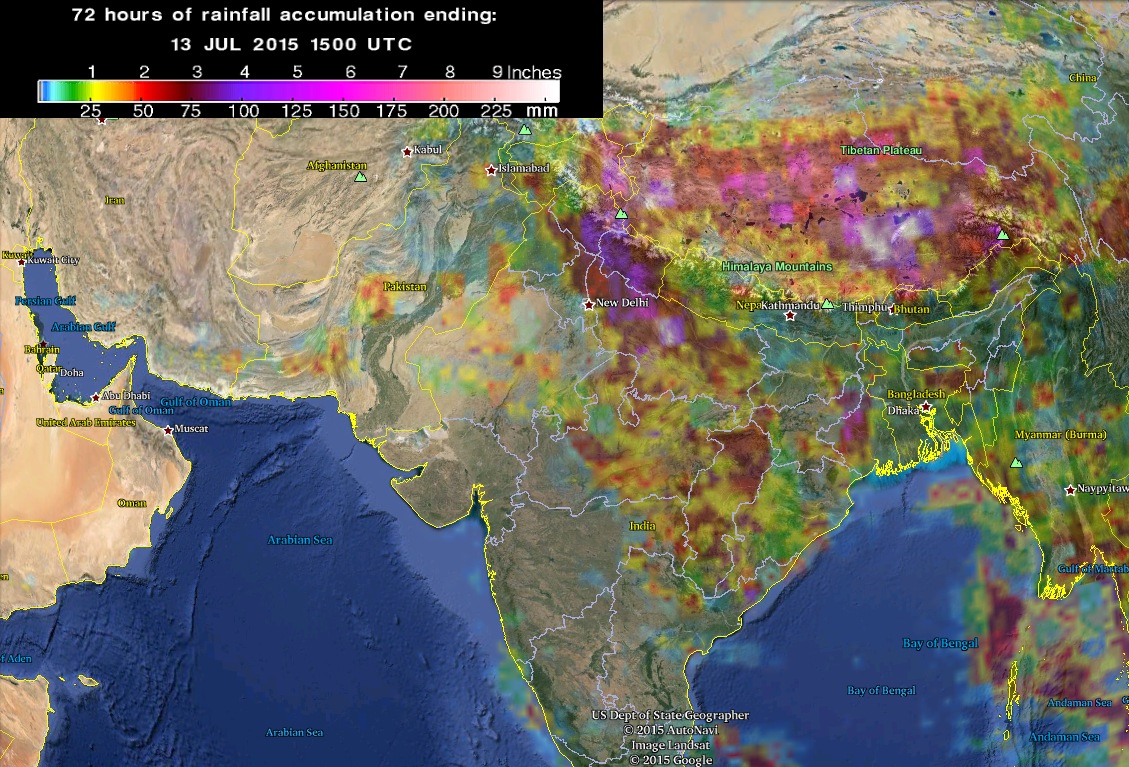 India’s National Disaster Management Agency (NDMA) issued a warning that more heavy rainfall is expected across the northern, eastern and western India, in the coming days, until July 17: