Kujira formed on Saturday, June 20 in the South China Sea and intensified into a tropical storm on Monday, June 22. The storm is expected to make landfall along the SE coast of Hainan around 12:00 UTC today.

Kujira will bring strong winds and heavy rainfall (with isolated amounts of up to 250 mm/10 inches) to southern China.

The main threat from this system will be floods, but the rain should help ease Hainan's worst drought in more than 50 years.

Kujira is expected to continue tracking northward and increase in intensity slightly before making landfall. Dissipation is expected within the next 72 hours.

Kujira is the first such storm of the year to hit China which should help ease Hainan's severe drought, the worst in more than half a century, Xinhua said.

Xinhua added Kujira is expected to make landfall somewhere between Wanning on Hainan and Zhanjiang in the province of Guangdong bringing strong winds and heavy rainfall.

The main threat from this system is flooding rainfall.

Image below shows 72 hours of rainfall accumulation as the storm moved through the South China Sea: 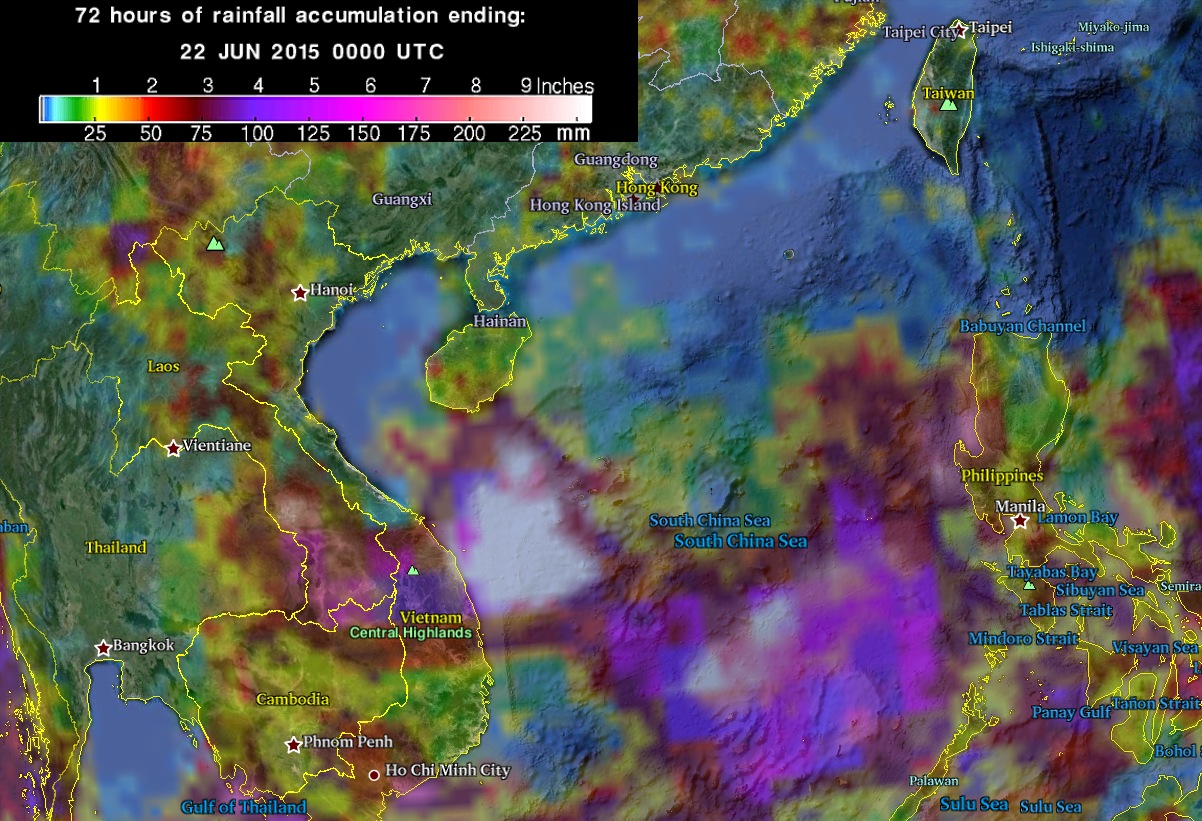