Hydraulic fracturing is presently the primary stimulation technique for oil and gas production in unconventional resource reservoirs. Comprehensive, published, and publicly available information regarding the extent, location, and character of hydraulic fracturing in the United States is scarce.

“We now have an improved understanding of where the practice is occurring and how hydraulic fracturing characteristics have changed over time.” 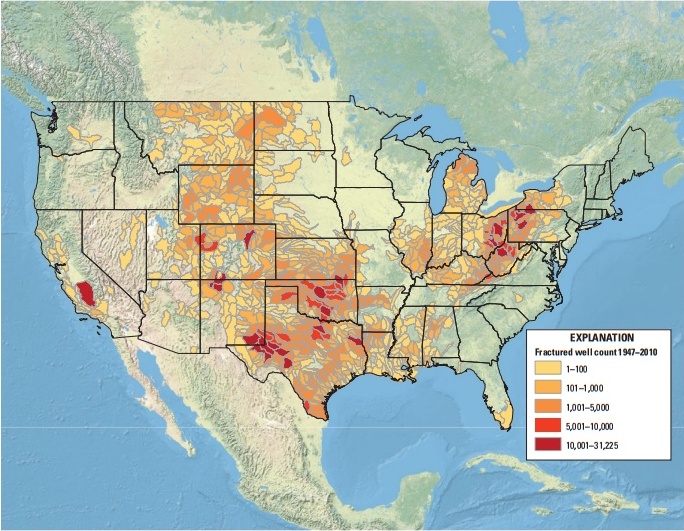 Distribution of nearly 986,600 hydraulically fractured wells drilled in the contiguous United States from 1947 through 2010, by U.S. Geological Survey hydrologic unit. Offshore and Alaskan wells are not shown.

This national analysis of data on nearly 1 million hydraulically fractured wells and 1.8 million fracturing treatment records from 1947 through 2010 is used to identify hydraulic fracturing trends in drilling methods and use of proppants (sand or similar material suspended in water or other fluid to keep fissures open), treatment fluids, additives, and water in the United States. 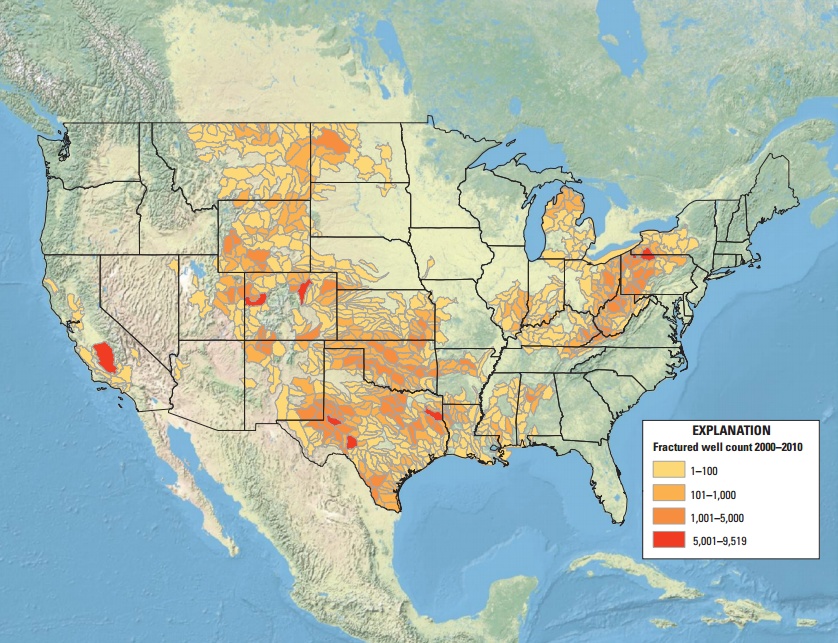 Distribution of about 278,00 hydraulically fractured wells drilled in the contiguous United States from 2000 through 2010, by U.S. Geological Survey hydrologic unit. Offshore and Alaskan wells are not shown.

This is one example of how the most current hydraulic fracturing materials and methods are notably different from those used in previous decades and have contributed to the development of previously inaccessible unconventional oil and gas production target areas, namely in shale and tight-sand reservoirs.