Study by Beatrice Magnani, USGS and other SMU scientists shows recent seismicity in Fort Worth Basin occurred on faults not active for 300 million years. The study indicates reactivation of long-dormant faults as a consequence of waste fluid injection.

Recent earthquakes in the Fort Worth Basin – in the rural community of Venus and the Dallas suburb of Irving – occurred on faults that had not been active for at least 300 million years, according to research led by SMU seismologist Beatrice Magnani.

The research supports the assertion that recent North Texas earthquakes were induced, rather than natural – a conclusion entirely independent of previous analyses correlating seismicity to the timing of wastewater injection practices, but that corroborates those earlier findings. The full study, "Discriminating between natural vs induced seismicity from long-term deformation history of intraplate faults," published by Science Advances, is available online. 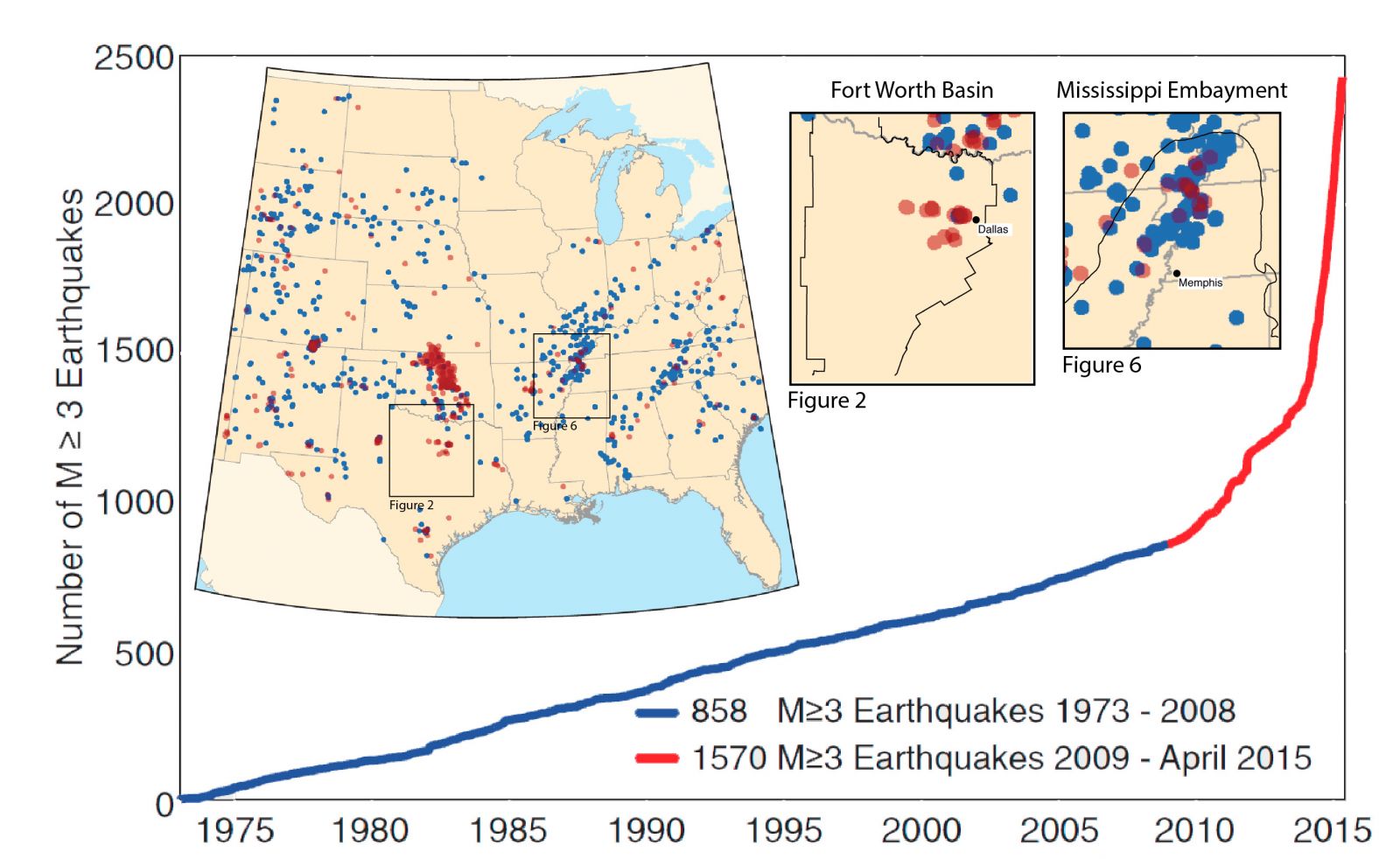 Post-2008 seismicity rate change in the central United States (CUS). The post-2008 seismicity has occurred both in areas that were seismically active before 2008 (e.g., the Mississippi embayment) and in regions with no pre-2008 historical nor instrumental seismicity (e.g., Fort Worth Basin). The two study areas are outlined and represented in Figs. 2 and 6. Credit: SMU

The results were drawn from analyzing the history of fault slip (displacement) over the lifetime of the faults. The authors analyzed seismic reflection data, which allow "mapping" of the Earth’s subsurface from reflected, artificially generated seismic waves.

Magnani’s team compared data from the North Texas area, where several swarms of felt earthquakes have been occurring since 2008, to data from the Midwestern U.S. region that experienced major earthquakes in 1811 and 1812 in the New Madrid seismic zone. 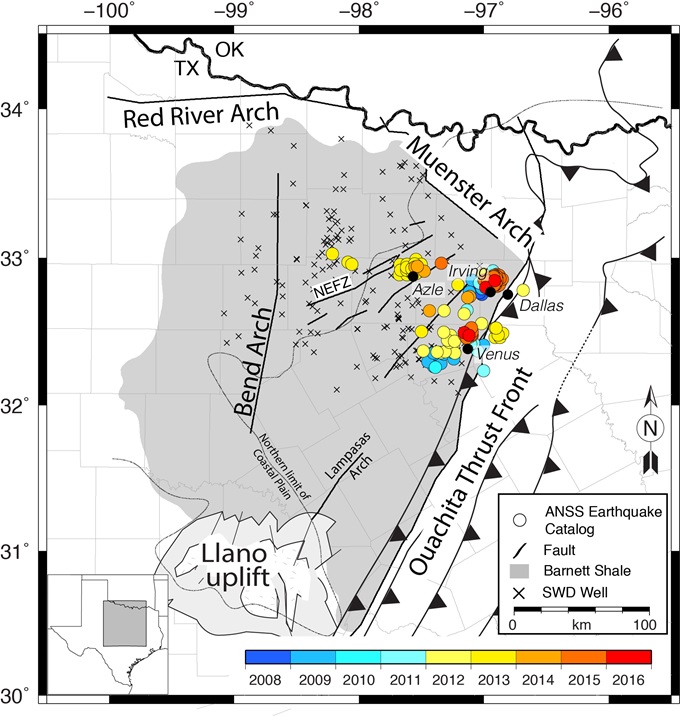 Frequent small earthquakes are still recorded in the New Madrid seismic zone, which is believed to hold the potential for larger earthquakes in the future.

"These North Texas faults are nothing like the ones in the New Madrid Zone – the faults in the Fort Worth Basin are dead," Magnani said. "The most likely explanation for them to be active today is because they are being anthropogenically induced to move."

In the New Madrid seismic zone, the team found that motion along the faults that are currently active has been occurring over many millions of years. This has resulted in fault displacements that grow with increasing age of sedimentary formations.

In the Fort Worth Basin, along faults that are currently seismically active, there is no evidence of prior motion over the past (approximately) 300 million years.

"The study's findings suggest that that the recent Fort Worth Basin earthquakes, which involve swarms of activity on several faults in the region, have been induced by human activity," said USGS scientist Blanpied.

The findings further suggest that these North Texas earthquakes are not simply happening somewhat sooner than they would have otherwise on faults continually active over long time periods. Instead, Blanpied said, the study indicates reactivation of long-dormant faults as a consequence of waste fluid injection.