After analyzing a database of geological records dated within the last 100 000 years, a team of scientists from the University of Bristol has discovered the average time between so-called volcanic super-eruptions is actually much less than previously thought.

Volcanoes and bolides, such as asteroids, are geohazards powerful enough to be destructive on a global scale.

One recent assessment described them as capable of returning humanity to a pre-civilization state.

The largest explosive eruptions are termed 'super-eruptions', and produce in excess of 1 000 gigatons of erupted mass, enough to blanket an entire continent with volcanic ash, and change global weather patterns for decades.

The team from the University of Bristol’s Schools of Earth Sciences and Mathematics estimated how often the largest explosive eruptions happen. Their analysis indicates that the average time between super-eruptions is only slightly longer than the age of our civilization — dating from the Agricultural Revolution 12 000 years ago. 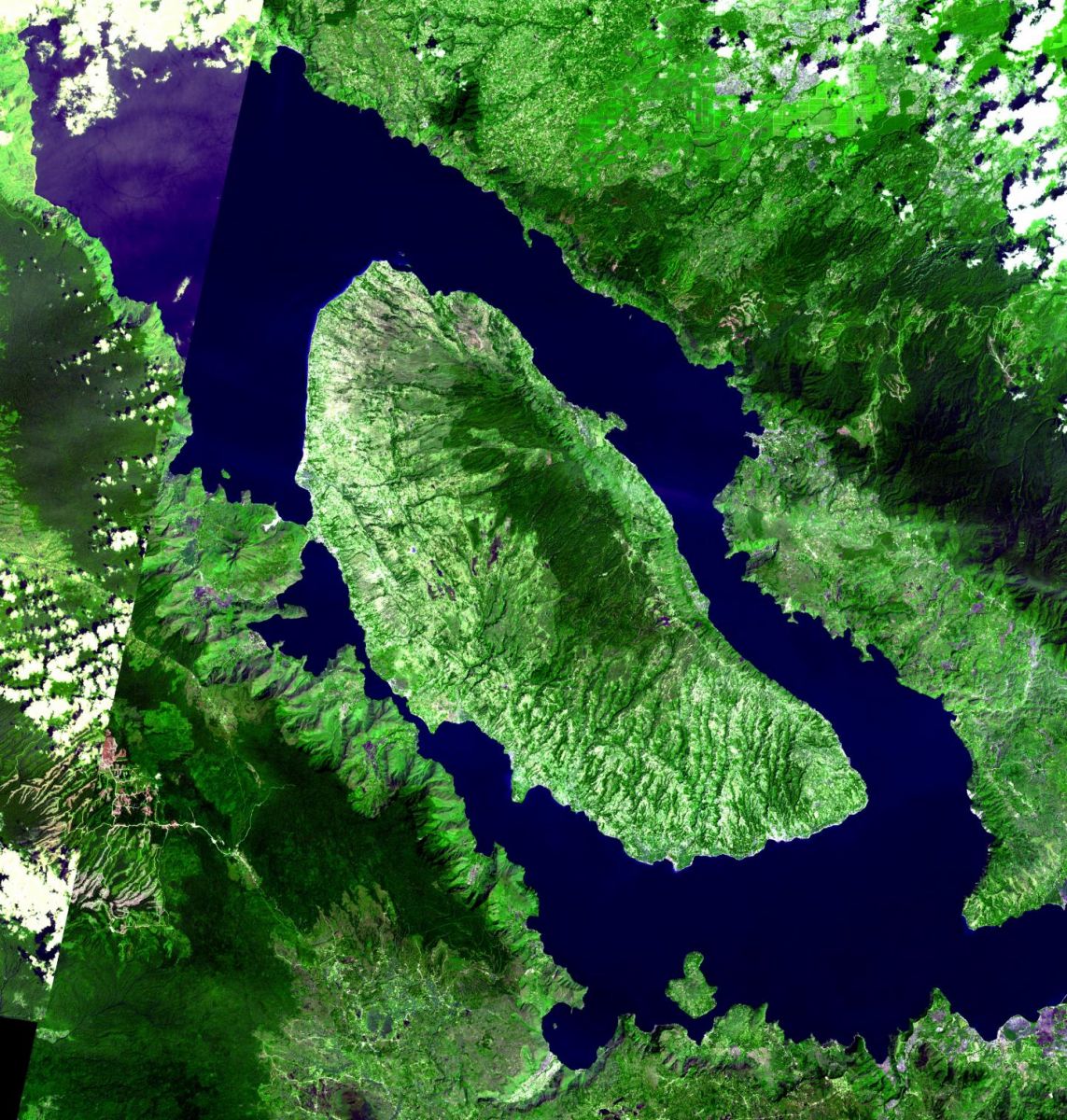 The Toba caldera – the site of a massive super-eruption 75 000 years ago. Credit: NASA/METI/AIST/Japan Space Systems, and U.S./Japan ASTER Science Team

"The previous estimate, made in 2004, was that super-eruptions occurred on average every 45 – 714 thousand years, comfortably longer than our civilization," said Jonathan Rougier, Professor of Statistical Science. "But in our paper just published, we re-estimate this range as 5.2 – 48 thousand years, with a best guess value of 17 000 years."

According to geological records, the two most recent super-eruptions were between 20 and 30 thousand years ago.

"On balance, we have been slightly lucky not to experience any super-eruptions since then," Rugier added.

"But it is important to appreciate that the absence of super-eruptions in the last 20 thousand years does not imply that one is overdue.  Nature is not that regular.

"What we can say is that volcanoes are more threatening to our civilization than previously thought."

Our civilization will change in unimaginable ways over the next thousand years, and there are many other ways in which it might suffer a catastrophic blow well before the next super-eruption.

On that basis, Professor Rougier says there is little need to plan now for a super-eruption, especially with many other pressing issues to address, which will affect the current and the next generation of humans. But large eruptions, which are much more frequent, can still be devastating for communities and even countries, and careful planning is a crucial part of disaster risk reduction.

Regarding the paper, Professor Rougier explained: "As well as improving our understanding of global volcanism, our paper develops relatively simple techniques to analyse incomplete and error-prone geological and historical records of rare events.

"These difficulties are ubiquitous in geohazards, and we expect our approach will be used for reappraising other types of hazard, such as earthquakes."

Provided by University of Bristol