Eleventh typhoon of the 2014 Western Pacific tropical season – Typhoon Hagupit (locally called Ruby), made landfall at 13:15 UTC (21:15 local time) on December 6, 2014 near the cities of Oras and Dolores, in central Eastern Samar province in the Philippines as a Category 3 typhoon. JTWC recorded maximum sustained winds of 232 km/h (145 mph) at the time of landfall.

Samar province was severely damaged by Super Typhoon "Haiyan" last November, which is considered to be the deadliest natural disaster in the Philippines so far.

According to PAGASA, Hagupit will make landfall at least six times from Saturday to Monday.

More than 5.5 million people will be affected by winds of Category 1(120 km/h) before Hagupit crosses the Philippines and enters the South China Sea. 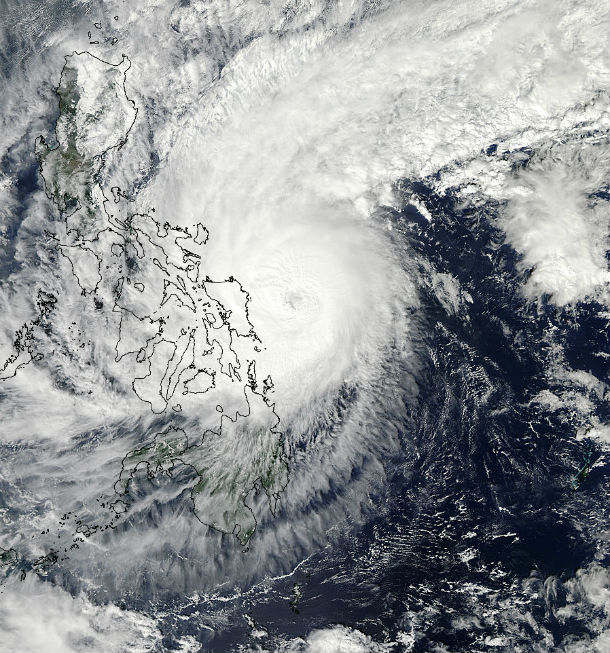 The system is moving west-northwest at 15 km/h, and is expected to make a second landfall in the vicinity of Masbate early Sunday local time.

Hagupit slowly weakened due to moderate wind shear and land interaction, but still it will bring high winds and storm surge along the coast as well as significant rainfall (possibly up to 300 mm) that could cause flash floods and landslides.

More than 330 000 people are living in coastal areas below 5 m and are exposed to storm surge. According to Project NOAH, storm surge as high as 4.6 meters (15 feet) is expected on the west side of Samar Island at Catbalogan. 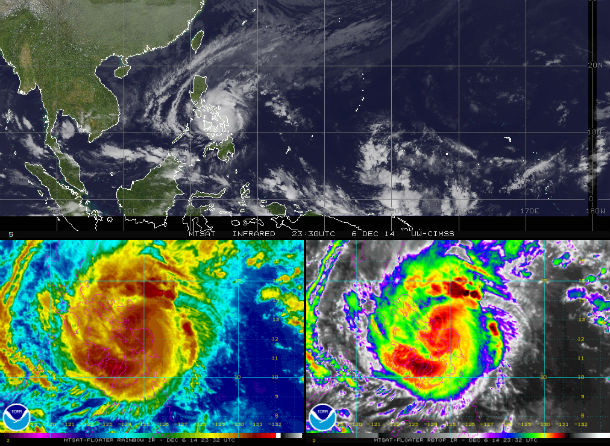 More than 650 000 residents in low-lying and landslide-prone areas across the Philippines have evacuated to safer grounds.

“While around 10 million residents of the Philippines are at risk of flooding, storm surges and strong winds, more than 30 million people could feel the impact,” McClean, a spokesperson for the UN Office for Disaster Risk Reduction (UNISDR)

The sun has risen in the #Philippines and this is the scene as #Hagupit rages on. http://t.co/4HvPwrHkBV pic.twitter.com/b5KSMWkY0k

This slow-moving typhoon will continue to track over Samar before crossing southern Bicol during the December 7. Typhoon's strong wind will bring very rough sea conditions over the seaboards of Northern Luzon, eastern seaboard of Central and Southern Luzon, seaboards of Visayas and over northern and eastern seaboards of Mindanao. The center is expected to cross Marinduque enroute to Batangas/Mindoro during December 8. 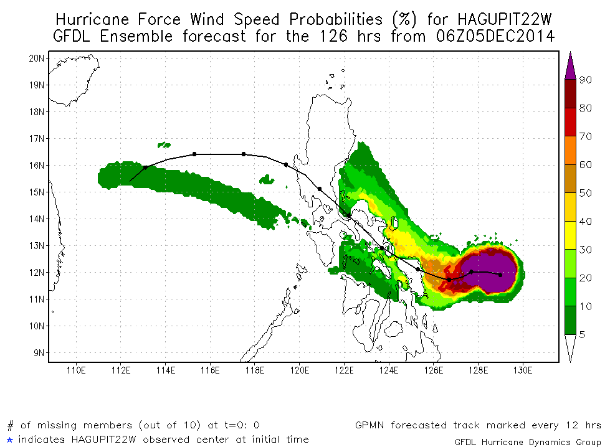 The system will then enter the South China Sea where it will gain more strength again. 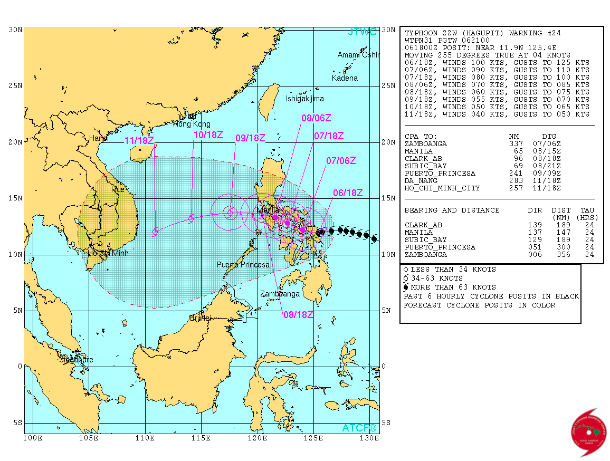 Super Typhoon #Hagupit at night with #Manilla in the foreground pic.twitter.com/GS5yZ4PnVX