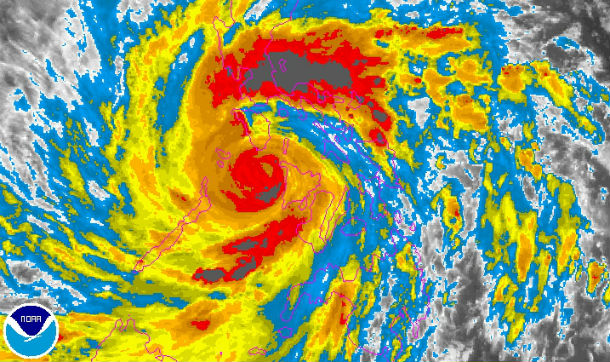 Sustained winds of 315 km/h (195 mph) were recorded at the time of landfall, which makes Haiyan the strongest tropical cyclone on record to make landfall. And with gusts as strong as 380 km/h (235 mph), Haiyan was probably the strongest tropical cyclone ever to hit land anywhere in the world in recorded history. The world's strongest recorded typhoon, cyclone or hurricane to make landfall was Hurricane Camille in 1969, which hit Mississippi with 305 km/h (190 mph) winds. 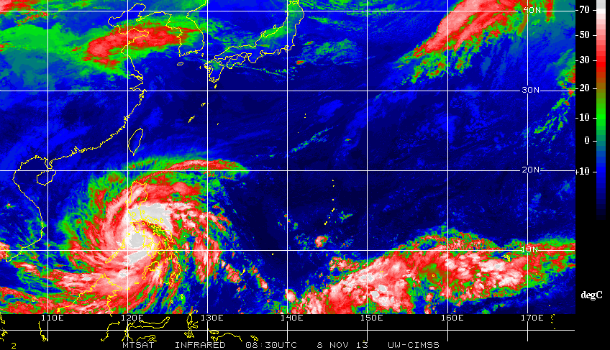 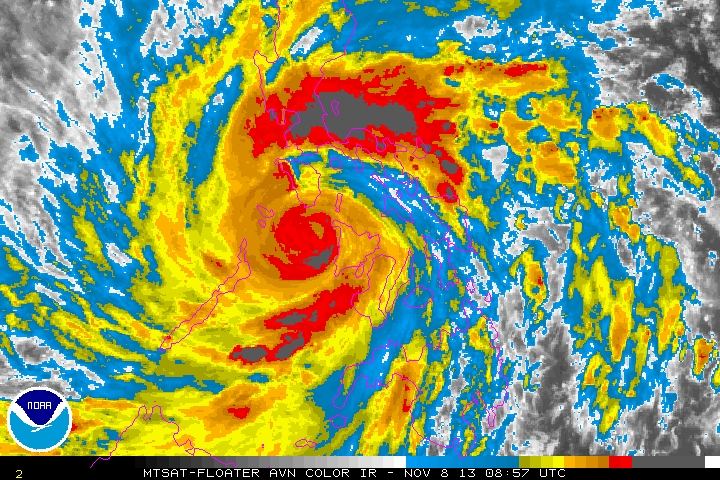 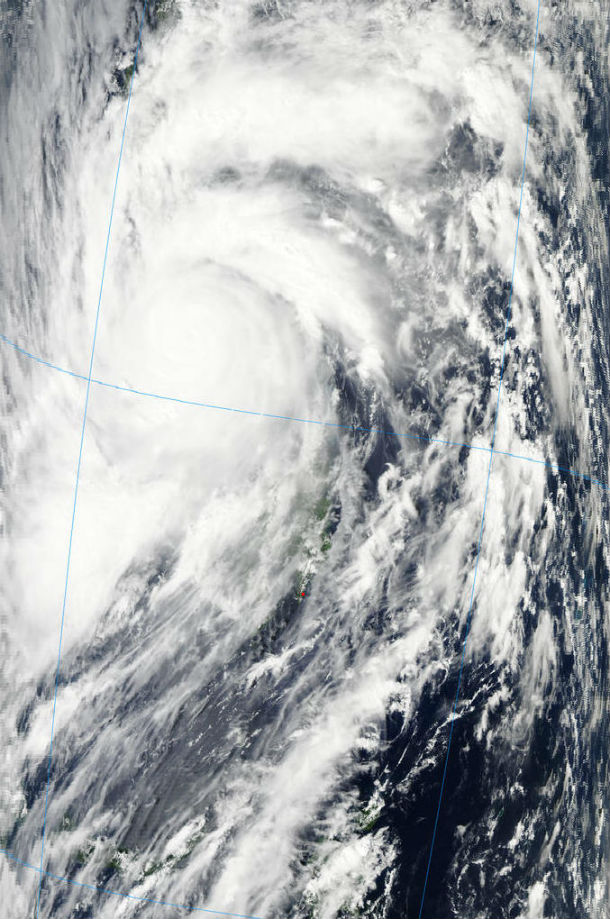 More than 12 million people are at risk. About 125 000 people were moved to evacuation centers. The biggest concern is for residents of Bohol, island in the central Philippines that was struck by the powerful M 7.1 earthquake last month. Quake already displaced 350 000 people and many still experiencing its aftermath. Large number of families in this quake-hit area still live in makeshift tents and this is the hardest time for them. Now they have the strongest storm ever to fight with. Our prayer goes out to them. 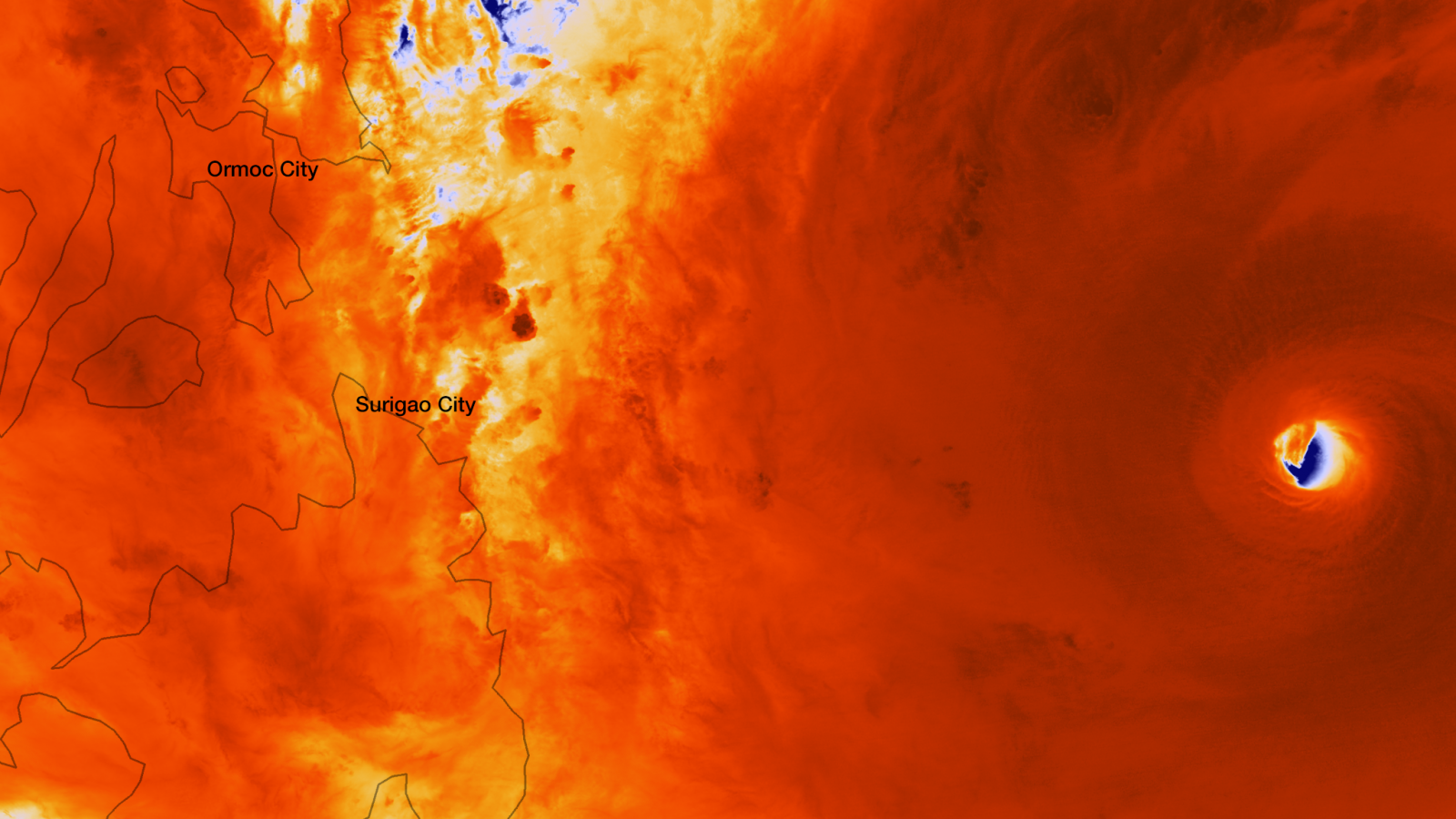 The Suomi NPP satellite captured an incredibly detailed infrared image of Super Typhoon Haiyan's eye as it orbited over the storm at approximately 05:25 UTC on November 7, 2013. (Credit: NOAA/SUOMI NPP)

The storm is expected to weaken slightly as it moves across land, but forecasters predict that it will maintain super typhoon intensity throughout its passage over the islands. After passing through the Philippines, Haiyan is expected to move through the South China Sea as it heads for landfall in Vietnam. 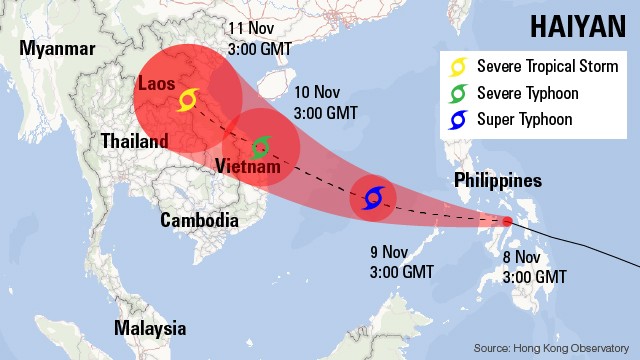 At its peak, the winds of Haiyan were equivalent to peak winds of Typhoon Tip, which was known for having the lowest sea-level pressure ever observed on Earth and its massive size. Haiyan's tropical-storm-force winds are extending 240 kilometers from the typhoon's center. 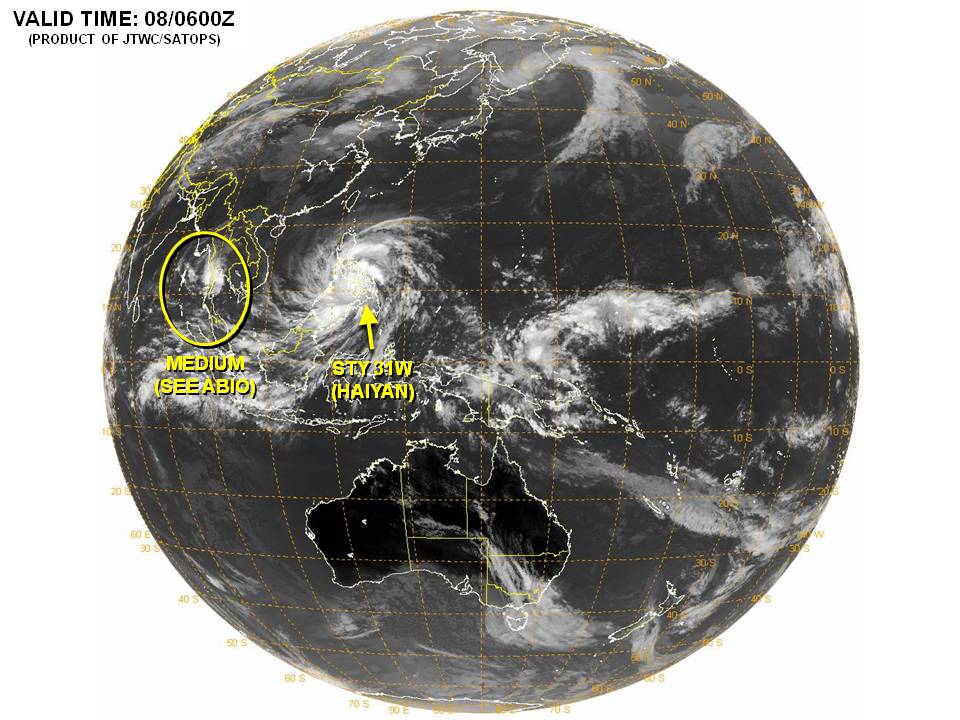