The final eclipse event of 2014 occurs at the Moon's ascending node in southern Virgo on Thursday, October 23, 2014. This will be a partial solar eclipse almost exclusively visible from Canada and the USA. Except for the far northeast, a sunset eclipse will be visible from the eastern half of the USA and Canada.

According to NASA's Fred Espenak, the penumbral shadow will first touch Earth's surface near the Kamchatka Peninsula in eastern Siberia at 19:37 UTC.

As the shadow travels east, much of North America will be treated to a partial eclipse.

Greatest eclipse occurs at 21:44 UTC in Canada's Nunavut Territory near Prince of Wales Island where the eclipse in the horizon will have a magnitude of 0.811.

At that time, the axis of the Moon's shadow will pass about 675 km above Earth's surface.

The partial eclipse ends when the penumbra leaves Earth at 23:51 UTC. 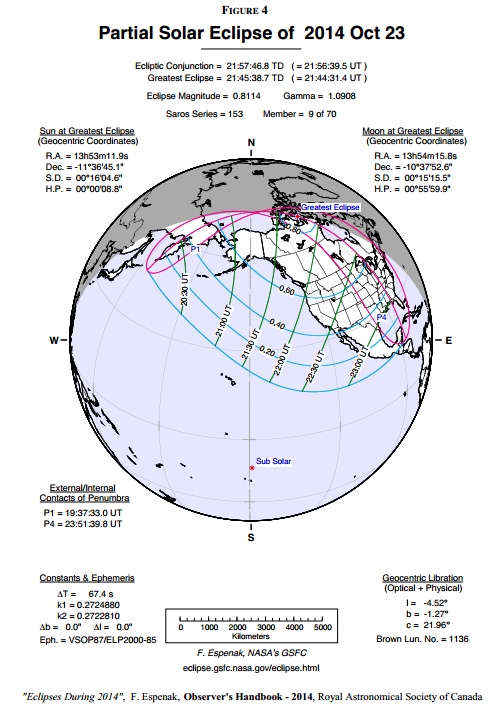 This is the last eclipse event for the year 2014. In 2015, there are two solar and two lunar eclipses: 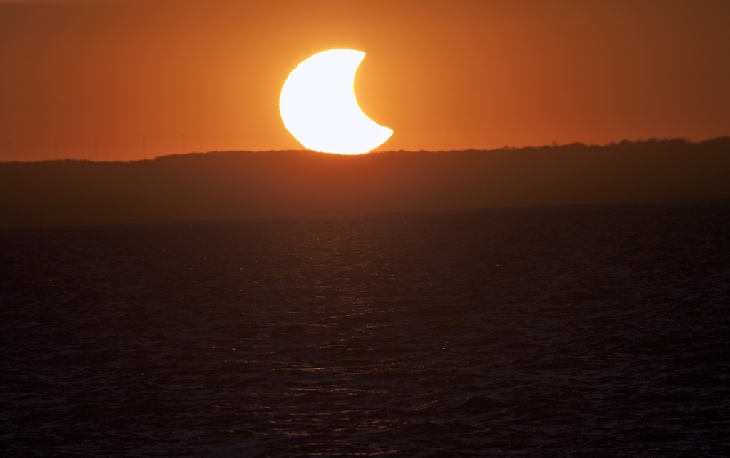 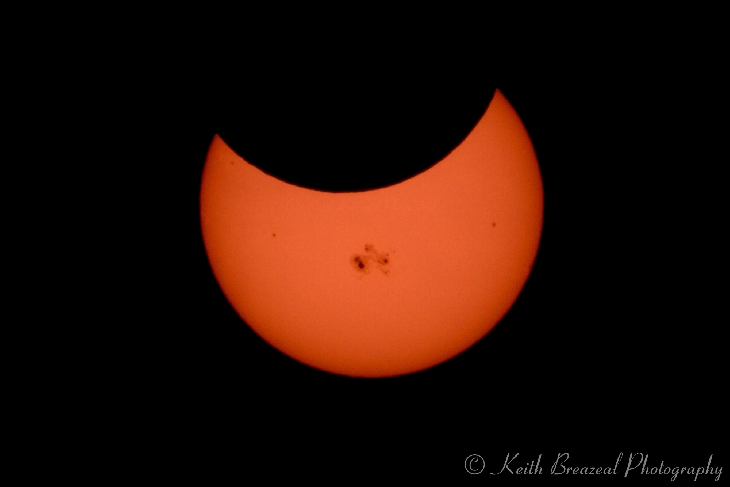 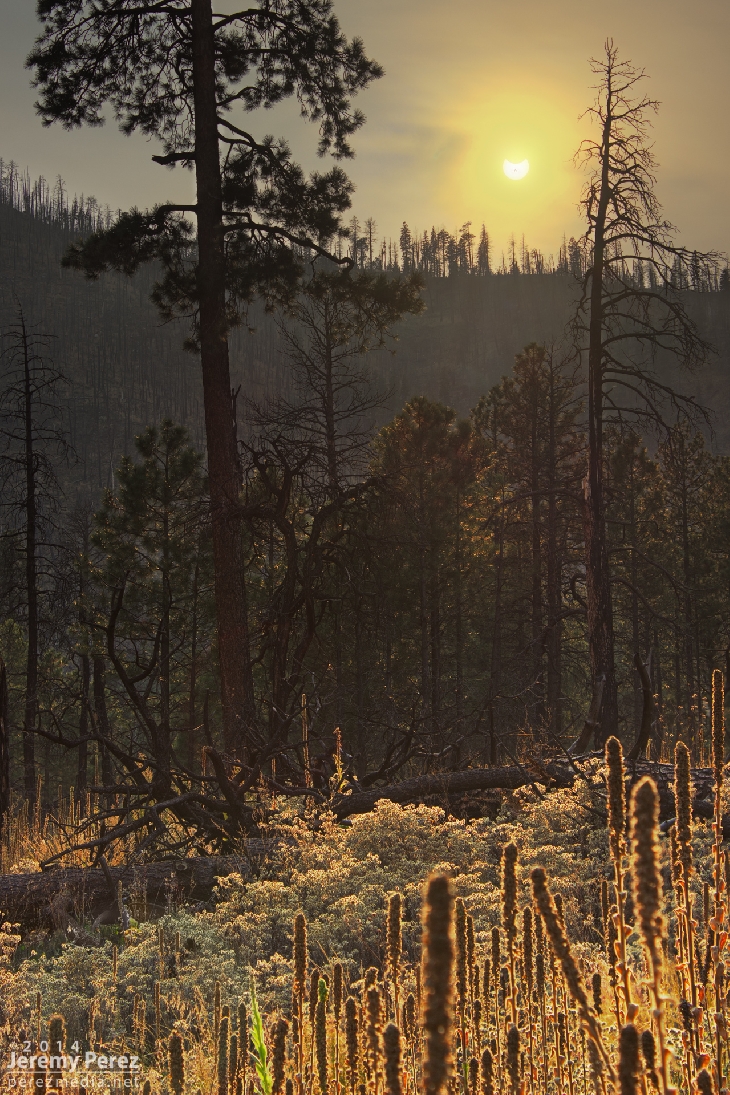