A partial solar eclipse will take place from 06:40 to 12:38 UTC on August 11, 2018. While it will be visible in parts of northeast Canada, Greenland, extreme northern Europe, and northern and eastern Asia, the best place to see it will be northern Russia with 68% coverage.

A partial solar eclipse occurs when the Moon covers only a part of the Sun, sometimes resembling a bite taken out of a cookie. During these events, the Sun, Moon and Earth are aligned in an almost exact straight line, with the Moon in the middle, such that the Moon passes in front of the Sun. 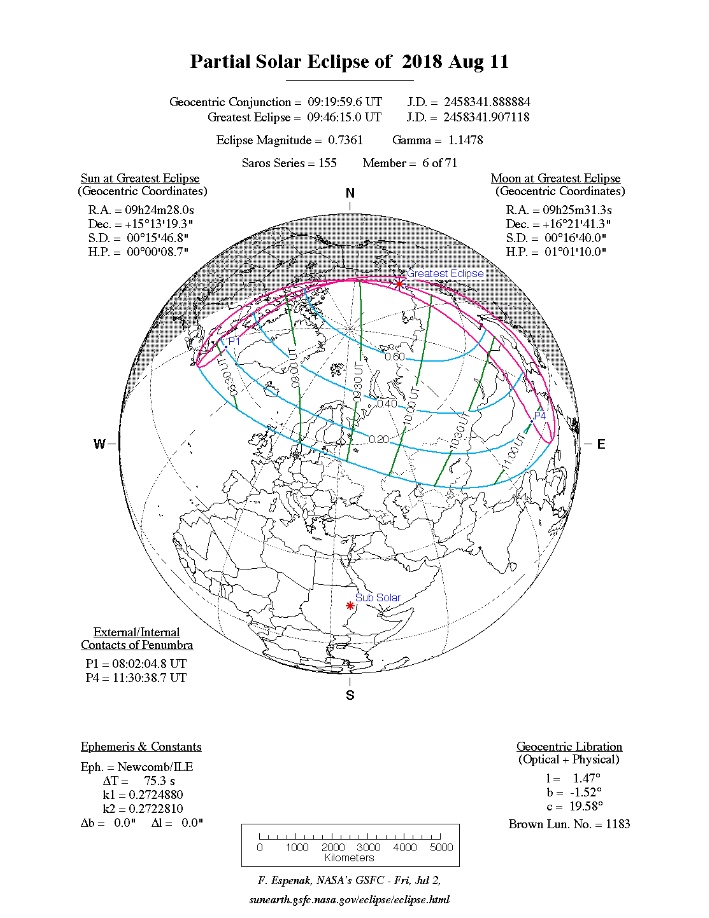 Local circumstances and eclipse times for a number of cities in Europe and Asia are listed in table below. The Sun's altitude and azimuth, the eclipse magnitude and eclipse obscuration are all given at the instant of maximum eclipse. When the eclipse is in progress at sunset, this information is indicated by '– s'. 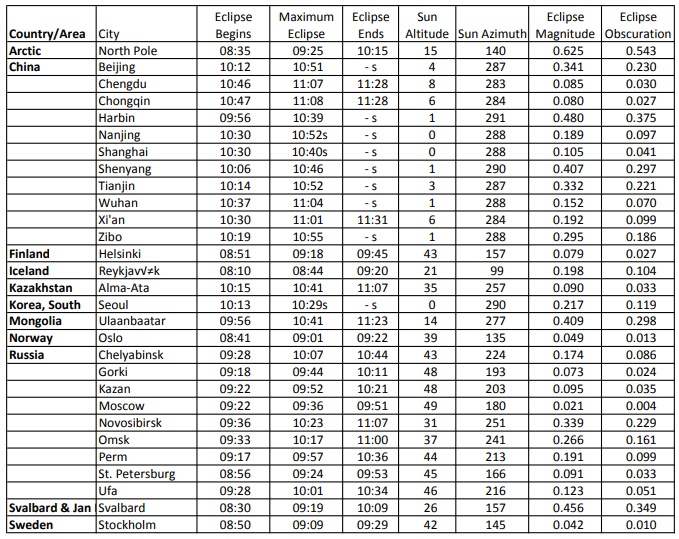 The event is visible from the Northern Hemisphere and includes northeastern Canada, Greenland, Iceland, Northern Europe, north and eastern Asia. At greatest eclipse (09:46 UTC), the magnitude is 0.7368.

The next partial solar eclipse will take place on January 6, 2018.

Observing the Sun can be very dangerous if it is not done with the right equipment. The Sun is the brightest object in the sky, and looking directly at it can cause permanent eye damage within seconds. Viewing it through any optical instrument, even a pair of binoculars or the finderscope on the side of your telescope can cause instant and permanent blindness.