A glacial outburst flood began at Vatnajökull on August 3 and quickly became the largest on record. The flood peaked on August 4 at 1 400 m3/s and the flow restored to normal on August 9, according to Icelandic Met Office.

The second largest Skaftárhlaup outburst flood was in 2015, with 425 gigaliters.

The last known eruption of this volcano took place in 2014.

Ol Doinyo Lengai is the only volcano known to have erupted carbonatite tephras and lavas in historical time.

While nobody has yet been injured, the scale of the downpour has wreaked havoc in places like Kirchhain, near Marburg, where authorities deployed 200 firefighters to help people whose houses were flooded. The town was hit by an estimated 150 mm (5.9 inches) in just three hours.

Major flash floods were reported in Ordu Province, northern Turkey on August 8. The worst affected were Fatsa and Ünye districts. The heavy rain caused the Cevizdere river to break its banks.

The flooding caused severe damage to bridges and roads in the area, leaving several areas cut off and hundreds of people isolated. Local media reported that over 300 buildings have been damaged.

The aftermath of the debris flow in Chamoson, Switzerland

A torrent of rock and mud erupted onto the streets of the small Swiss village of Chamoson on August 7 after record-breaking rains hit the area. The incident was triggered by an intense thunderstorm which caused a riverbed to expand and burst. 10 minutes maximum precipitation was 18 mm (0.70 inches) and 1 h was about 50 mm (1.96 inches), a few kilometers east of Chamoson.

At least 22 people have died and thousands have been left homeless after torrential rains caused heavy flooding earlier this week.

As of August 6, 49 845 people have been affected, Niger's minister for humanitarian action, Laouan Magadji, said.

Livestock has also been lost and drinking water supplies have been affected.

According to Assam State Disaster Management Authority (ASDMA), the total number of people losing their lives in this year's flood-related cases in Assam reached 76 this week.

At least 20 people have died in the state of Kerala in south west India after torrential rain triggered floods and landslides on August 8.

Chief Minister of Kerala, Pinarayi Vijayan, said earlier today that heavy rains are causing destruction in many parts of the state. "Debris flows and soil erosions have occurred in Wayanad, Idukki and Malappuram districts," he said. 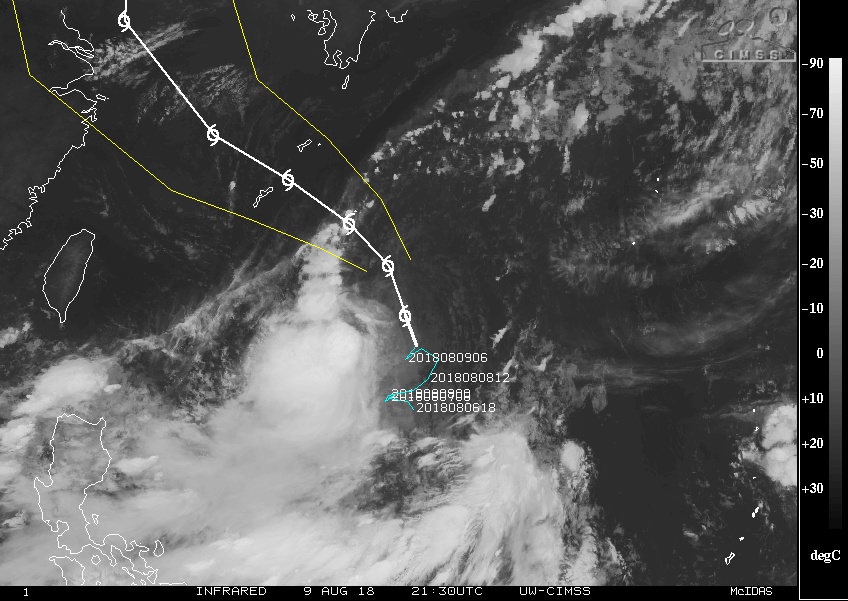 Torrential rain caused flash flooding in the Gard department on August 9. According to officials, 184 people were evacuated from several camping sites and a summer camp near the towns of Saint-Julien-de-Peyrolasand Saint-Ambroix.

The Puerto Rican government has admitted for the first time that Hurricane "Maria" killed at least 1 427 people on the island. Previously, the government's official death toll was 64. Some studies say the number of deaths is as high as 4 500.

One of the residens said top crust of the hill in their area had slid down, adding that their houses had developed big cracks.

About 2 ha (5 acres) of fertile land has been affected by it.

This quake hit just 4 days after devastating M7.0 (BMKG) hit the same area. As of August 9, the death toll has reached 259. The number is still expected to grow. Some sources mention more than 340 deaths.

Thousands of personnel deployed for handling emergency earthquake in Bali and NTB. 259 people, 1,033 people hospitalised, 270,168 people displaced. The number of victims is estimated to still grow because not all verified up to 9/8/2018. pic.twitter.com/GJPzgRMTWH