The northern hemisphere 2018 noctilucent clouds season is still going strong this August, with four times more NLC reports than in the same period in 2017.

"Something unusual is happening in Earth's upper atmosphere," Dr. Tony Phillips of the SpaceWeather.com writes.

"Normally in August, summertime noctilucent clouds (NLCs) begin to fade as weather conditions in the mesosphere disfavor the formation of meteor-seeded ice crystals. This August, however, NLCs are going strong."

So far in August 2018, noctilucent clouds are being reported to Spaceweather.com four times as often as during the same period in 2017. 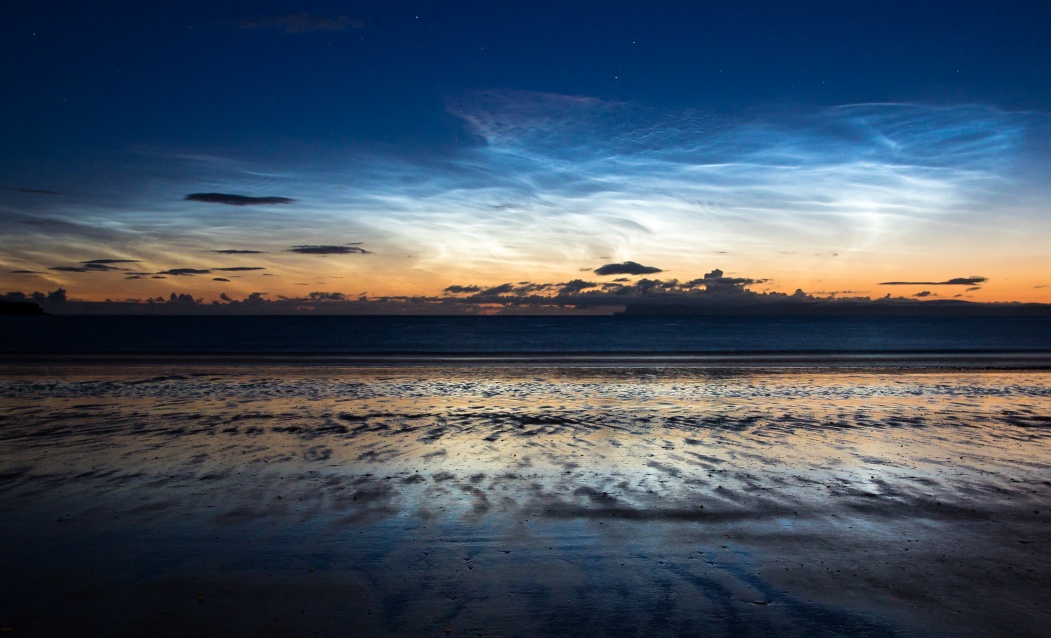 Noctilucent clouds captured by Gordon Mackie on August 10, 2018, at Caithness, Scotland. Via SpaceWeather.com

One of the best NLC videos ever. Credit: Adrien Mauduit

The first known observation of noctilucent clouds dates back to 1885, two years after the 1883 eruption of Krakatoa. At first, they were only seen at higher latitudes, but have recently started appearing ever lower in latitudes.

While science still doesn't provide a definite answer to why this is happening, the next few lines might offer you one very hot clue.

Phillips reminds us that previous studies have shown that NLCs sometimes intensify during solar minimum.

"If this is indeed what's happening, more NLCs may be in the offing as solar minimum continues to deepen in August 2018," Phillips concludes.

The Sun has been without sunspots for 41 of the past 44 days, as of August 10. To find a similar stretch of blank suns, you have to go back to 2009 when the Sun was experiencing the deepest solar minimum in a century.