Noctilucent clouds (NLCs) have returned to the South Pole and made a very rare appearance over Argentina more than one month after the beginning of the southern hemisphere season.

Gerd Baumgarten of Germany's Leibniz-Institute of Atmospheric Physics, whose automated cameras caught NLCs rippling over the Rio Grande, Argentina (53.8S) on January 3, said it's very rare for NLCs to appear in Argentina.

What's more, NLCs in Argentina also appeared at even higher latitude – in Rio Gallegos at 51.5S.

At this time of year, noctilucent clouds are supposed to be confined to the Antarctic–not Argentina, Dr. Tony Philips of SpaceWeather.com said.

In the whole history of atmospheric research, NLCs have been sighted at mid-southern latitudes only a handful of times.

"Personally, I am thrilled to see NLCs in Argentina, as I had not expected them to occur so far north," says Natalie Kaifler of the German Aerospace Center (DLR), who operates a lidar (laser radar) alongside one of Baumgarten's cameras.

"This season has been unusual," Philips said. "The normal onset of NLCs over the South Pole has been delayed for more than a month as strange weather patterns played out above Antarctica. Now, suddenly, they're back, and showing up in unexpected places." 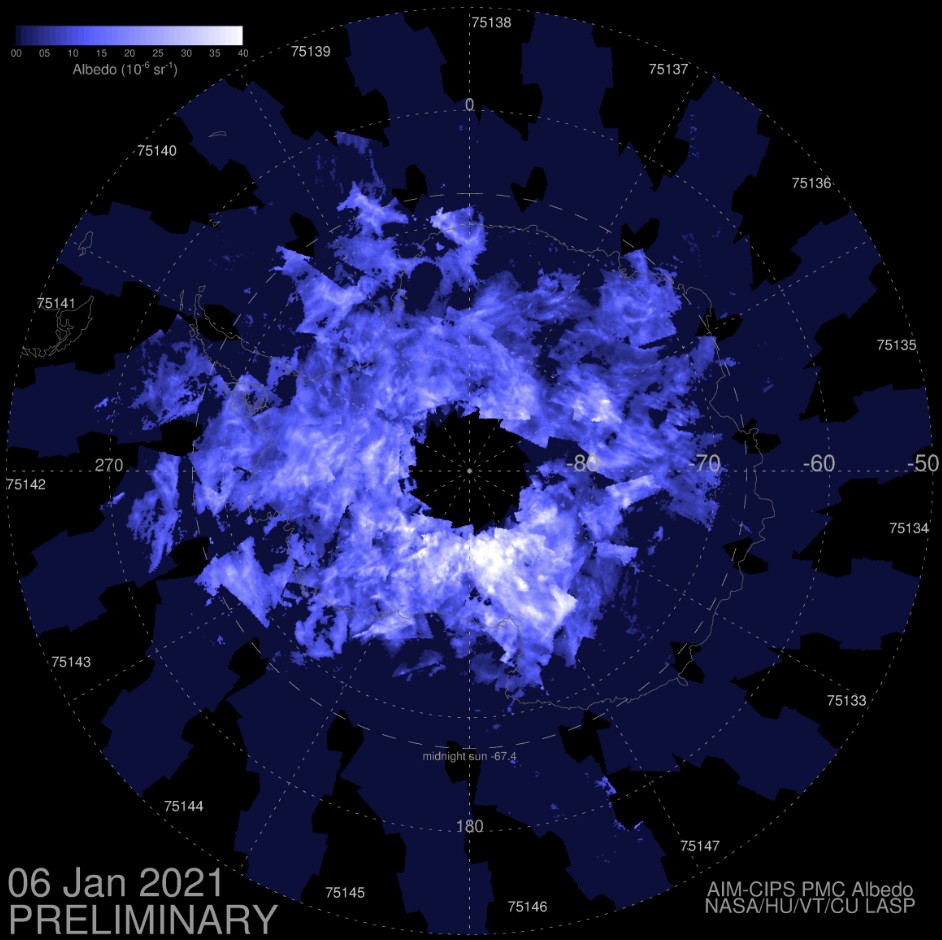