Noctilucent clouds (NLCs) have been spotted over Poland, Czech Republic, Canada, and Scotland, among other countries, on May 25 and 26, marking an early start to the northern hemisphere's 2021 NLC season. The clouds are rapidly intensifying. In only four days since the clouds were first seen, their coverage of the Arctic has multiplied 10 times.

The electric-blue rippers "were clearly visible to the unaided eye," he added. "This is the earliest I have ever seen them here in Scotland." 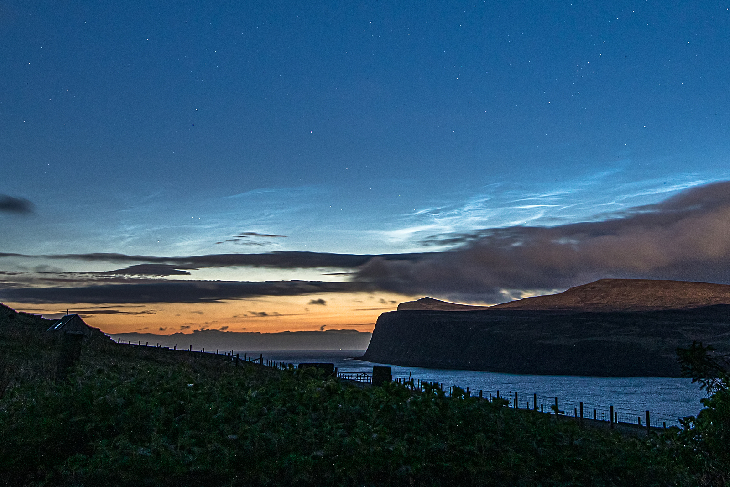 Dr. Tony Phillips of spaceweather.com described the phenomenon as unusual, noting that the NLCs are already forming even though it is only May. Other witnesses are able to see the clouds from the ground.

"NLCs are Earth’s highest clouds," said Dr. Phillips. "Seeded by meteoroids, they float at the edge of space about 83 km (52 miles) above the ground."

The clouds form when summertime wisps of water vapor rise up to the mesosphere, letting water crystallize around meteor smoke.

According to NASA, specks of meteor smoke act as gathering spots where water molecules can assemble themselves into ice crystals in a process called nucleation.

"Nucleation happens all the time in the lower atmosphere. In ordinary clouds, airborne specks of dust and even living microbes can serve as nucleation sites," NASA explained.

"Tiny ice crystals, drops of water, and snowflakes grow around these particles, falling to Earth if and when they become heavy enough."

"Nucleating agents are especially important in the ethereal realm of NLCs," NASA added. "The clouds form at the edge of space where the air pressure is little more than vacuum."

The season for brilliant NLCs visible to the naked eye usually stretches from June to August. 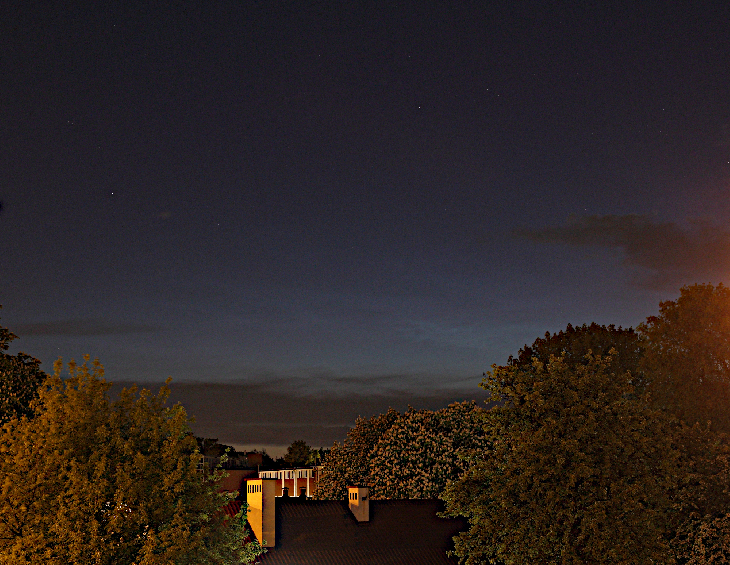 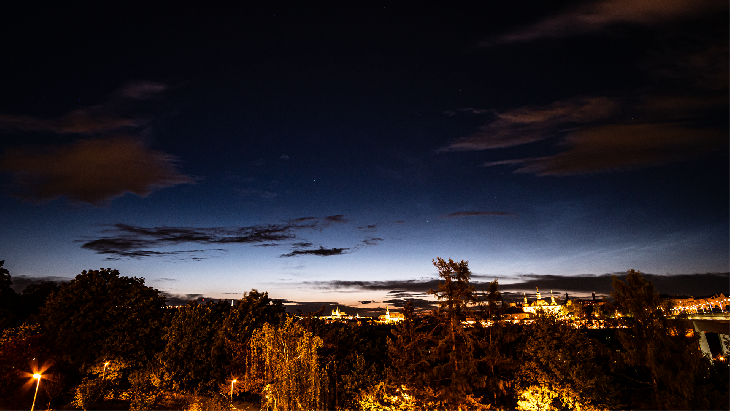 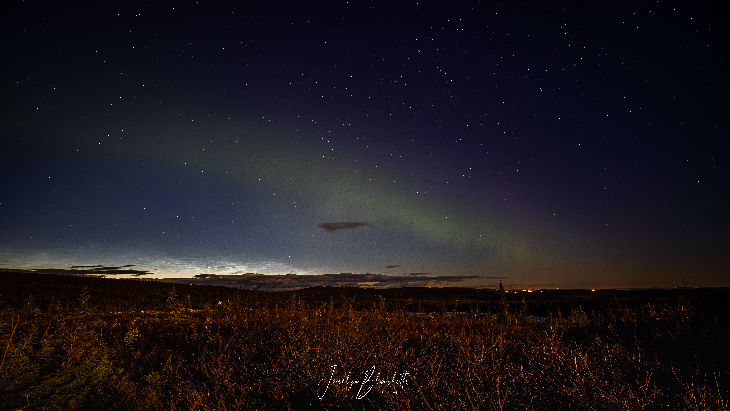 "This year NLCs are getting an early start. We've already received multiple reports of sightings in Europe from latitudes as low as 50 degrees, and according to NASA's AIM spacecraft, the clouds are rapidly intensifying," Dr. Phillips wrote.

In only four days since the clouds were first seen, their coverage of the Arctic has multiplied 10 times.

Phillips said the reason may be extra water in the mesosphere. NASA satellite data show that 2021 is one of the wettest years since 2007. NLCs have more water to work with, thus, it started early in the season and spread quickly.

In the past years, summertime NLCs have spread as far south as Los Angeles and Las Vegas, setting records for low-latitude sightings. According to Dr. Phillips, 2021 is on course to be another such a year.

"Pro tip for northern skywatchers: Look west 30+ minutes after sunset. If you see luminous blue-white tendrils spreading across the sky, you may have spotted a noctilucent cloud."