R3 – Strong radio blackout produced significant HF signal fading on the sunlit side of Earth. There are about 175 such events during each solar cycle, according to NOAA.

A 10cm Radio Burst (4 min/200 sfu) was associated with the event. 10cm radio burst indicates that the electromagnetic burst associated with a solar flare at the 10cm wavelength was double or greater than the initial 10cm radio background. This can be indicative of significant radio noise in association with a solar flare. This noise is generally short-lived but can cause interference for sensitive receivers including radar, GPS, and satellite communications.

Analysis of SDO and SOHO/LASCO imagery suggested that there was not a CME associated with this event.

This region has 'beta-gamma-delta' magnetic configuration and is capable of producing more major eruptions. The X1.6 solar flare followed the M8.7 event, associated with a 10cm Radio Burst and a Type IV Radio Emission, which peaked at 01:59 UTC today.

There is a possibility of Earth directed Coronal Mass Ejections in the coming days as this huge and potent region transits through the center of the disk.

NOAA SWPC forecasters estimate 65% chance for M-class, and 20% chance for X-class solar flares over the next three days (October 22 – 24). 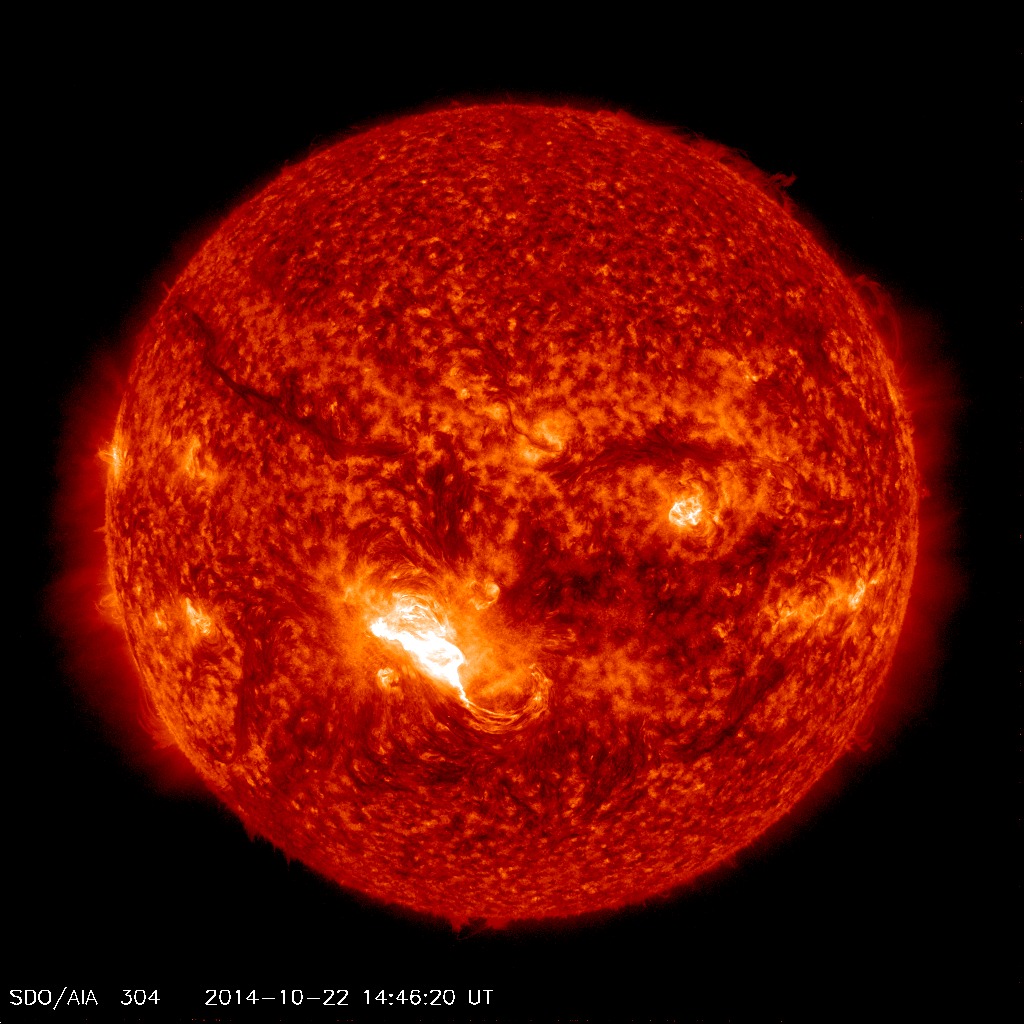 None were observed in C3 imagery, but appeared to be associated with narrow plumes of material ejected from the southern portion of Region 2192, evident in SDO/AIA 304 imagery.

Another plume was noted beginning at 22/02:39 UTC, but corresponding coronagraph imagery has not yet been received.  In each case, the material is ejected to the south. Similar to the analysis of yesterdays CME, these faint, slow events are not thought to pose a significant threat.

There are currently 4 numbered sunspot regions on the disk. Region 2192 continued to grow, reaching approximately 2410 micro-hemispheres by the end of October 21. The remaining three spotted regions are stable or decaying. 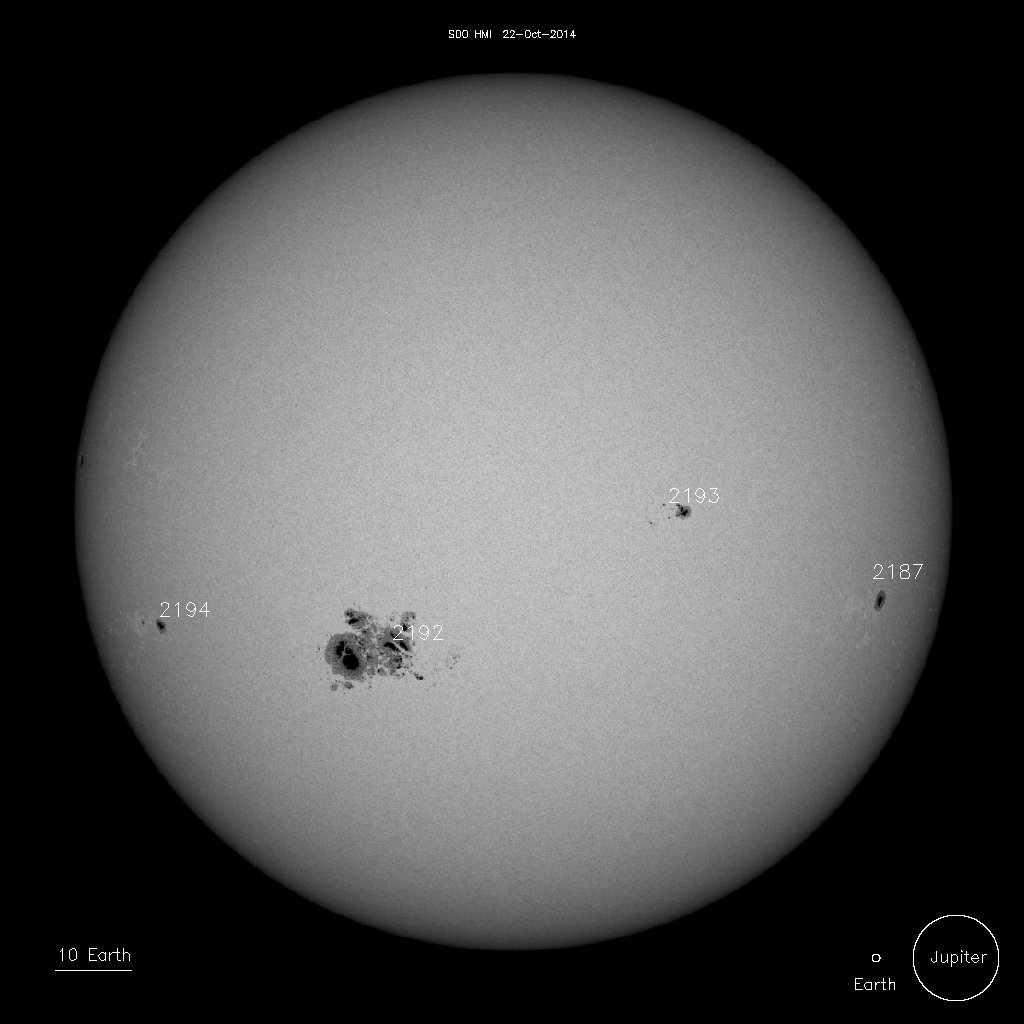