The region is still not in favorable position for Earth directed Coronal Mass Ejections but this will change in the coming days as the region rotates toward the center of the disk.

SDO/AIA imagery of the event suggested that the bulk of the ejecta was reabsorbed or directed well south and east of the Sun-Earth line. SOHO/LASCO coronagraph imagery confirmed what was observed from the SDO/AIA spacecraft as no obvious CME was detected associated with the X-flare.

Region 2192 already produced several significant eruptions and sent a massive CME into the space as it was transiting onto the Earth side.

NOAA SWPC forecasters estimate 55% chance for M-class, and 15% chance for X-class solar flare in the next two days. 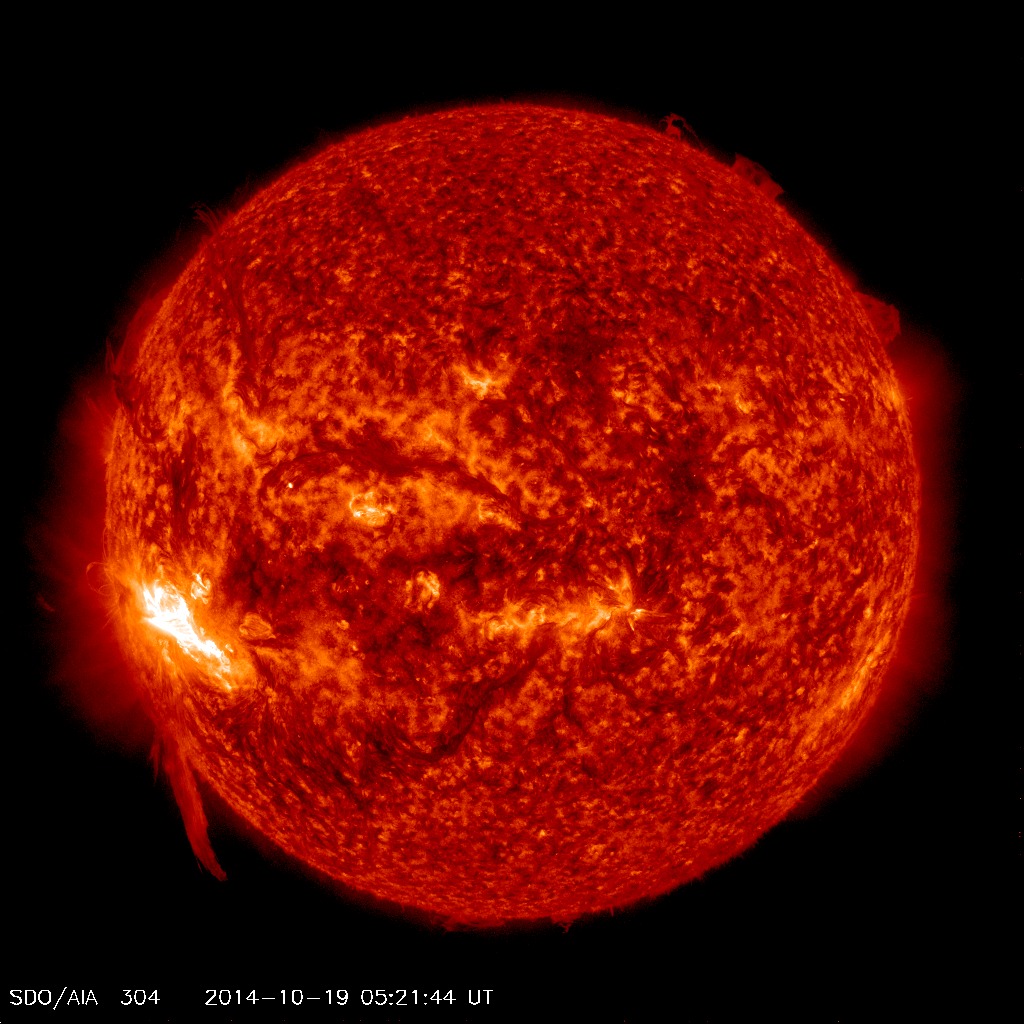 There are currently 3 numbered sunspot regions on the disk. Large Region 2192 (S13E55, Fkc/beta-gamma) / (1240 millionths) has now fully rotated onto the disk, but its close proximity to the limb makes an accurate magnetic classification problematic. The other regions on the visible disk are quiet and stable. 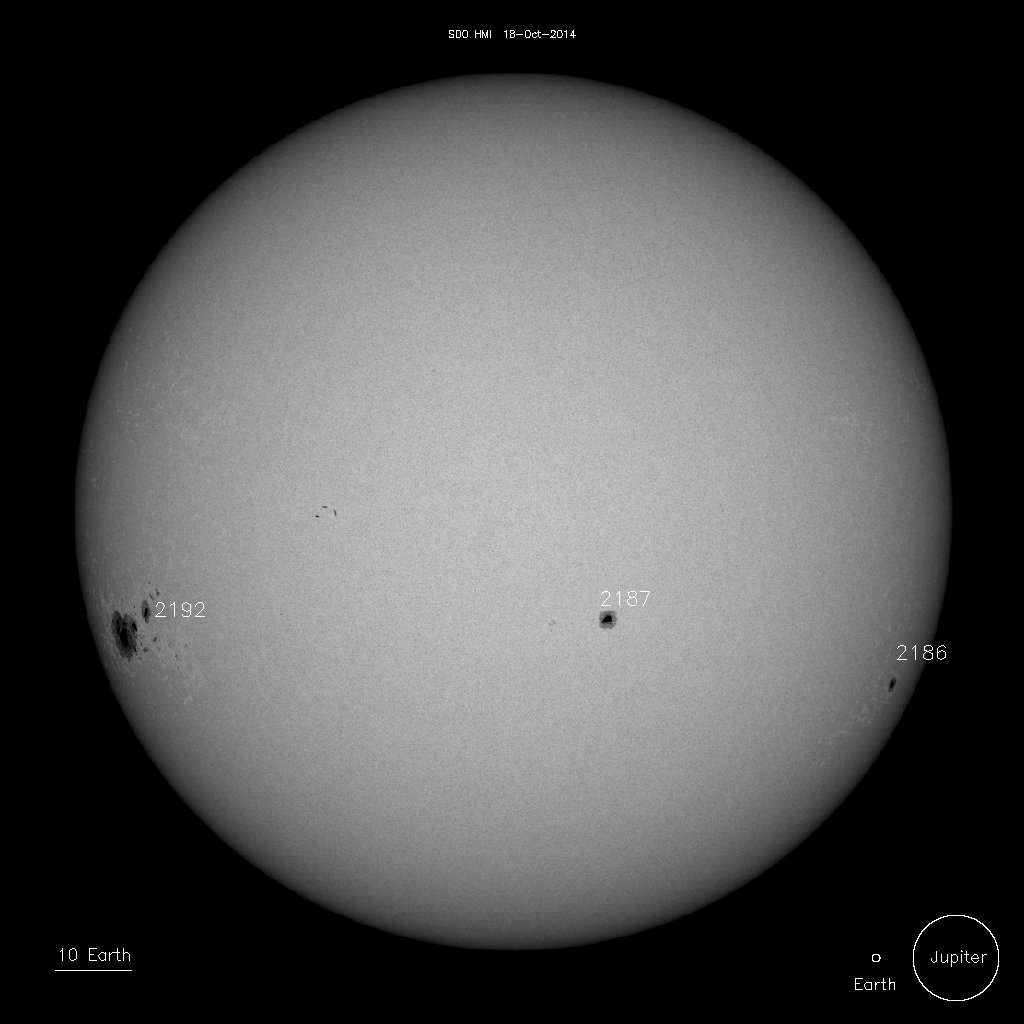