Solar activity reached moderate levels during last 24 hours (by 12:30 UTC today) with impulsive M1.1 solar flare (R1 radio blackout) at 18:37 UTC on October 14. This event had an associated Tenflare (1300 sfu), but no other CME related radio signatures. The flare appeared to have originated beyond the east limb in the vicinity of Old Regions 2172 and 2173. These regions are expected to return over the next 24 hours, SWPC reports.

A CME was subsequently observed in SOHO/LASCO C2 coronagraph imagery, first visible at 19:00 UTC on October 13th. Analysis using C3 imagery suggested a plane-of-sky speed near 800 km/s for the ejecta. Its origin beyond the east limb makes interaction with Earth unlikely.

A spectacular long duration M-class event followed shortly after from the same vicinity. It began at 19:07 UTC on October 14 and had reached a peak of ~M2.2 by 21:21 UTC. This event had an associated Tenflare of 180 sfu and is visible on the SOHO LASCO imagery below. 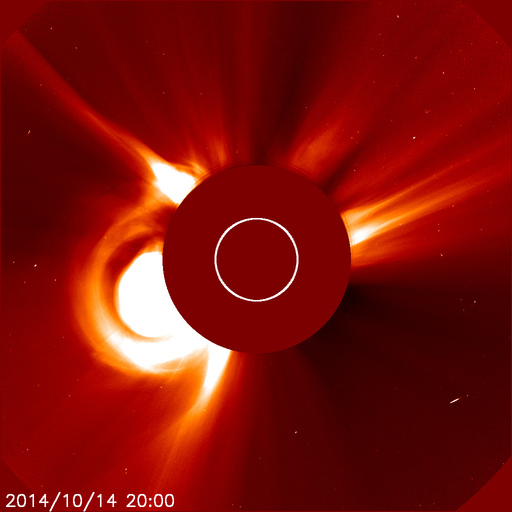 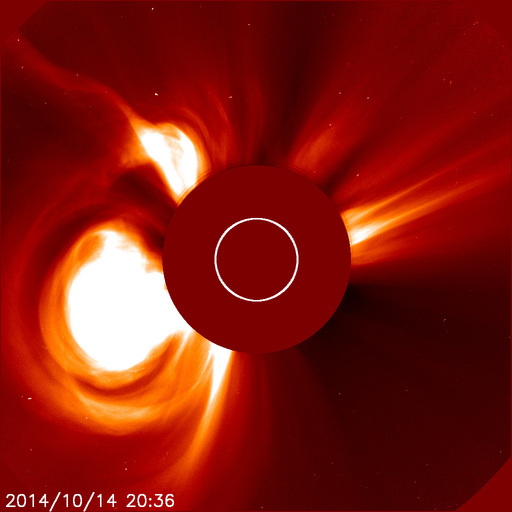 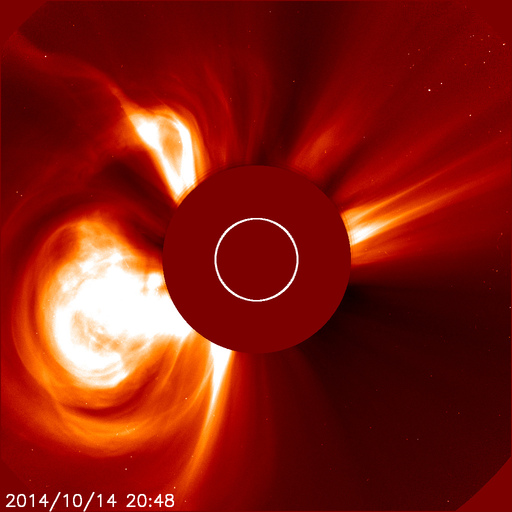 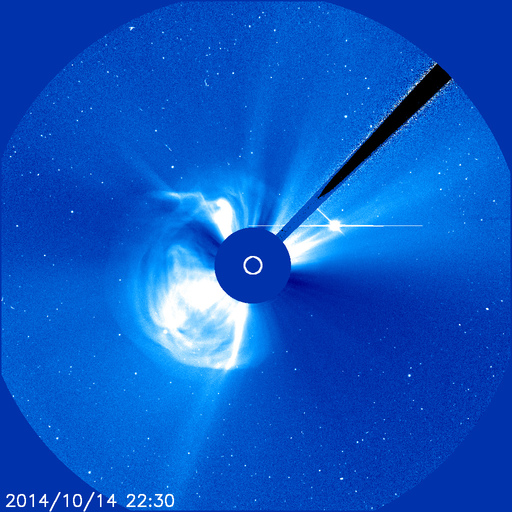 Solar activity is expected to increase over the next three days (October 15 – 17) as old Regions 2172 and 2173 return. C-class events will be likely, with a slight but increasing chance of an M-class (R1-minor radio blackout) event.

Meanwhile, a minor (G1) geomagnetic storming was observed at high latitudes. A Coronal Mass Ejection unleashed on October 10 made a glancing blow to Earth's magnetic field on October 14 and shortly after Earth passed through a fold in the heliospheric current sheet (a "solar sector boundary crossing"). The combined effect was to ignite a spectacular light show around the Arctic Circle, SpaceWeather explains.

Taken by Frank Olsen on October 15, 2014 @ Sortland, Norway (via SpaceWeather) 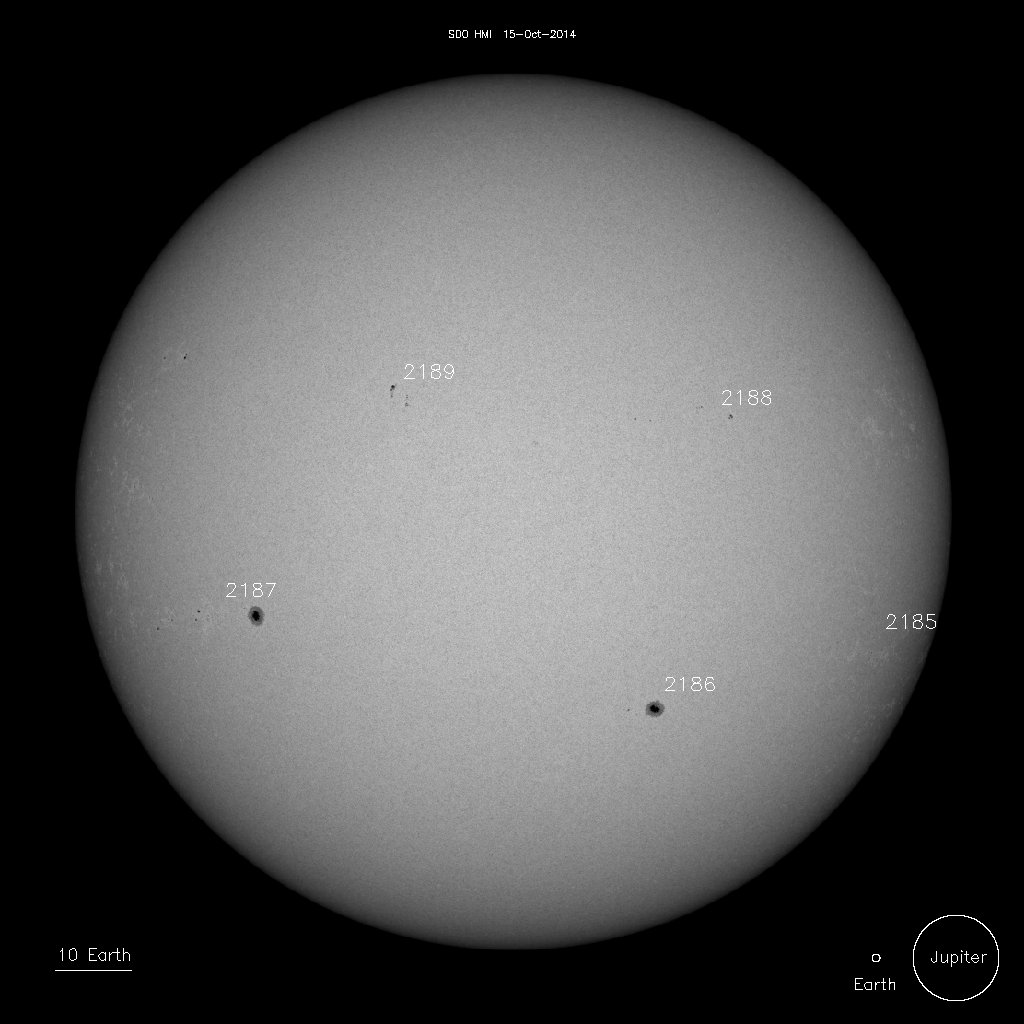 There is a small chance the greater than 10 MeV proton flux at geosynchronous orbit will exceed background levels (Below S1-Minor) over the next three days (15-17 Oct) in response to the activity on the east limb. The greater than 2 MeV electron flux at geosynchronous orbit is expected to remain at normal to moderate levels for the next three days (October 15 – 17).

The solar wind environment remained disturbed for the first half of the period in response to a glancing blow passage of a CME observed on October 10, possible mixed with effects from a coronal hole high speed solar wind stream. Bt reached 16 nT while Bz dipped as low as -12 nT between 14/12:00-15/00:00 UTC, fluctuating between periods of northward and southward orientation.

After 00:00 UTC, Bt began to decrease and Bz became predominantly positive. Solar wind speed was initially between 400-450 km/s and increased to a maximum of 580 km/s at 15/0040 UTC. This increase was coincident with a modest rise in temperature and a primarily negative Phi orientation.

Disturbed solar wind conditions are expected to slowly give way over the next three days as the effects of the glancing blow and the high speed stream wane.  WSA-Enlil model output suggests wind speed is will begin in the 450 km/s range and slowly decline during days 2 and 3 (October 16 – 17), signaling a return to nominal conditions, punctuated by the occasional sector boundary change.

Quiet to unsettled conditions, with a chance for active levels, are forecast for the next three days (October 15 – 17) as the solar wind environment returns to nominal conditions.