Remnants of Hurricane "Gonzalo", the first Category 4 Atlantic hurricane since Ophelia in 2011, reached United Kingdom on October 21, 2014, with strong winds of up to 123 km/h (77 mph). One person has died as the tail end of Gonzalo hit land causing disruption across the country.

Gonzalo started its journey on October 12 after it quickly formed into a tropical storm just east of the Leeward Islands, West Indies.

On Monday, October 13, Gonzalo was still a tropical storm when it hit Antigua and the Leeward Islands. It downed trees, ripped roofs off of homes and caused at least 12 minor injuries. 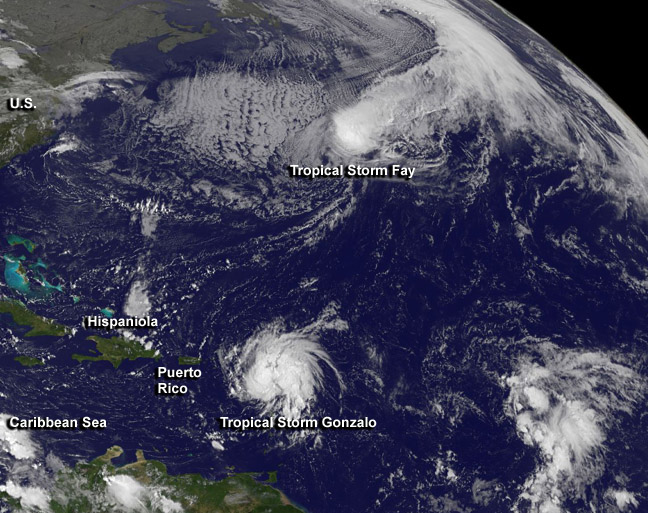 The system intensified into a hurricane late on Monday, October 14 and by October 15 became a major, Category 4 hurricane. It was moving toward Bermuda which was already lashed by Tropical Storm "Fay" just a couple of days before.

This animation of visible and infrared images from NOAA's GOES-East satellite shows the movement and strengthening of Gonzalo from a tropical storm on October 13 to a hurricane on October 15 north of Puerto Rico. Credit: NASA/NOAA GOES Project

About 23:30 UTC (20:30 local time) on Friday, October 17 Hurricane "Gonzalo" made a full landfall on British island of Bermuda as its 56 km wide (35 miles) eye crossed the south-central coast of the island.

Gonzalo was dangerous Category 2 hurricane packing sustained winds of up to 175 km/h (110 mph) when it hit. Most of the electricity throughout the island was knocked down. 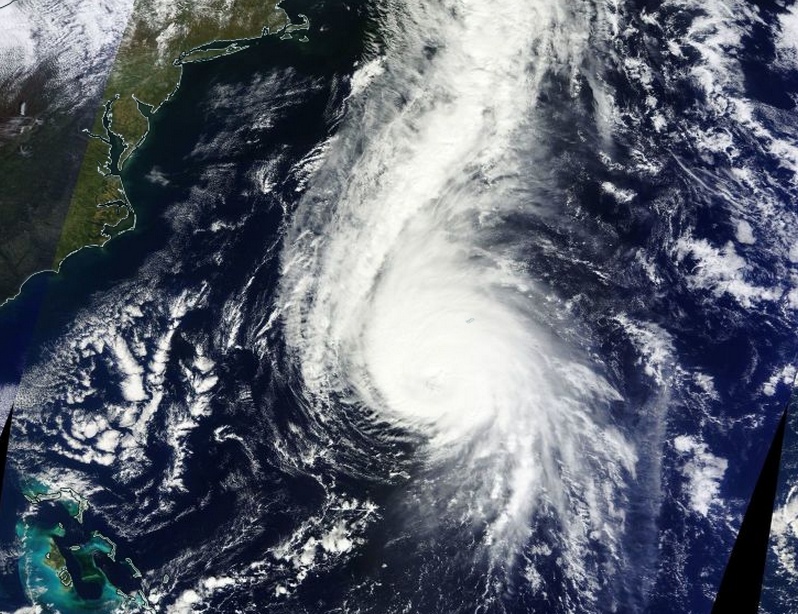 The Royal Gazette said there was flooding and storm surges all around the island. Residents reported a strange calm as the eye of the storm passed, after which the second half of Gonzalo again lashed the island with pounding rains and potentially destructive winds. 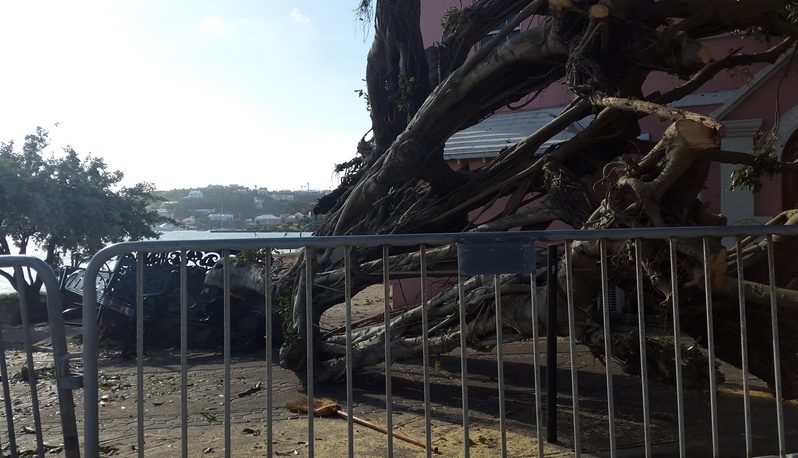 By Sunday, October 19 Gonzalo was affecting eastern Canada and forecasters expected it to hold together over while traveling east across the North Atlantic where it will affect Scotland as an extra-tropical storm on Tuesday, October 21. 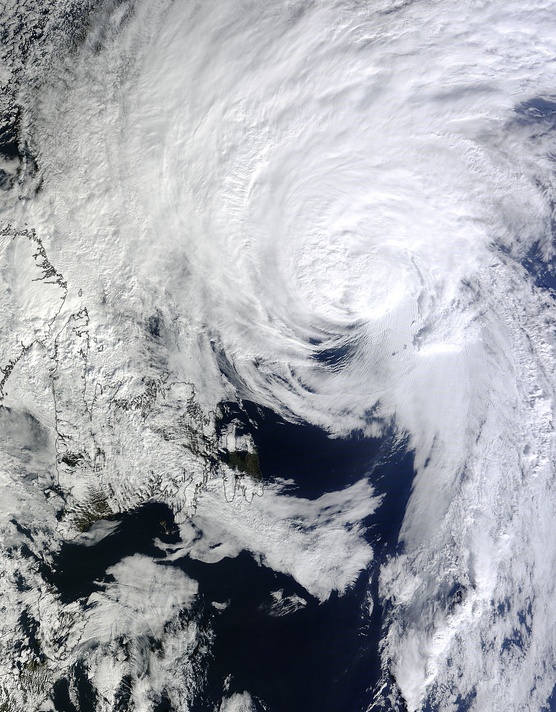 This animation shows Gonzalo from October 16 – 20. It is comprised of infra red imagery from the geostationary satellites of EUMETSAT and NOAA, overlaying NASA's Blue Marble Next Generation. Video credit: EUMETSAT

On Monday, October 20, the U.K. Meteorological Service issued a National Severe Weather Warning for the UK:

"The remains of Hurricane Gonzalo are running across the Atlantic, reaching the UK on Monday night, bringing a period of strong winds to the U.K.

The strongest winds are expected on Tuesday as the low pressure clears eastwards; some uncertainty remains in peak windspeeds but there remains the potential for disruption to travel, especially as the strongest winds coincide with the morning rush hour in places.

Fallen leaves impeding drainage increases the risk of surface water affecting roads, while some damage to trees is possible, given that many are still in full leaf."

What was left of Gonzalo hit UK early Tuesday, October 21, claiming the life of one person as its tail end caused disruption across much of the country. The London Ambulance Service said a woman died when a tree fell on her opposite Hyde Park Barracks.

The Environment Agency have issued a number of flood warnings and alerts across the country, with the Norfolk coast being monitored closely due to a tidal surge and high winds.

The fiercest have been across western areas of the country with the strongest gust recorded at over 112 km/h (70 mph) in Wales.

Ex-Gonzalo also brought a band of heavy rain across the UK on Tuesday, bringing some notable rainfall totals in places. 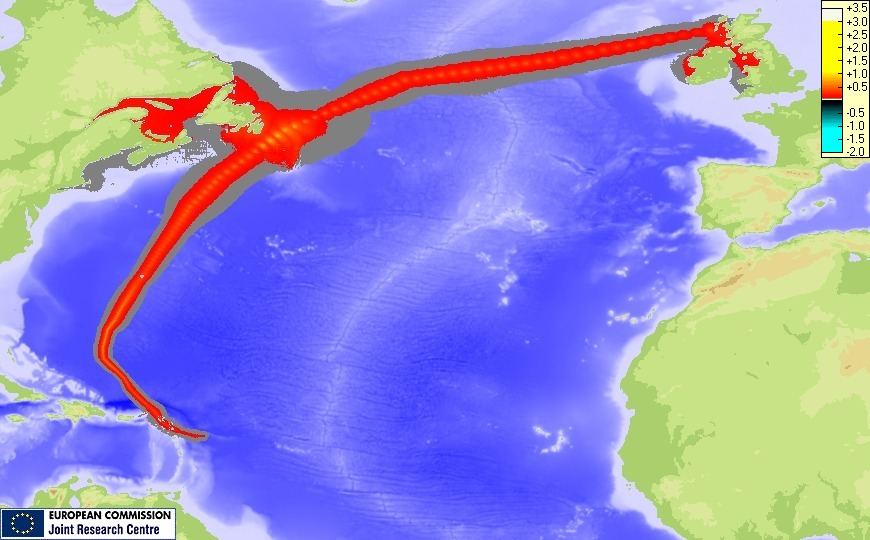