As Tropical Storm Mario/Fung Wong is leaving Philippine area of responsibility, it left a wake of devastation and four dead victims. The storm has intensified slightly as it moves towards Southern Taiwan.​

In its 10 p.m. update (14:00 UTC, September 19), the The National Disaster Risk Reduction and Management Council​ (NDRRMC) said that two-year-old Althea Gaviola, 69-year-old Erlinda Centeno, 31-year-old Tomas Prino Barol and one-month-old baby Javier Jevania Mateo died during the onslaught of “Mario.” Gaviola died of drowning in Bagong Silangan, Quezon City while an uprooted tree was the cause of the tragic death of Baby Javier. Barol, a resident of Barangay Villaflores, Sta. Fe, Nueva Vizcaya was buried under mud and rocks and Centeno of Montalban Heights, Rodriguez, Rizal died due to head injuries after a fall.

Apart from the four who died under “Mario,” NDRRMC said that five were also injured and one Ernesto Guevarra, 55-years-old, from Barangay Pasong Tamo, Quezon City is missing. Guevarra was last seen in Dario Creek. NDRRMC added that a total of 114 250 families or 513 361 people have been affected across Central Luzon, Calabarzon, Mimaropa, Central Visayas and Metro Manila.

“Mario” packed maximum winds of 75 kilometers per hour and gusts of 90 km/h.

The massive flooding shut down private and government offices, schools, courts and financial markets in the metropolis and sent thousands of residents in low-lying areas to evacuation centers.The Metropolitan Manila Development Authority (MMDA) said 20 to 25 percent of the metropolis was submerged in floodwaters because of incessant rains. MMDA Chair Francis Tolentino reported that 15 percent of roads in the capital were rendered impassable to small vehicles by the massive flooding.

Tropical Storm "MARIO" has intensified slightly as it moves towards Southern Taiwan. 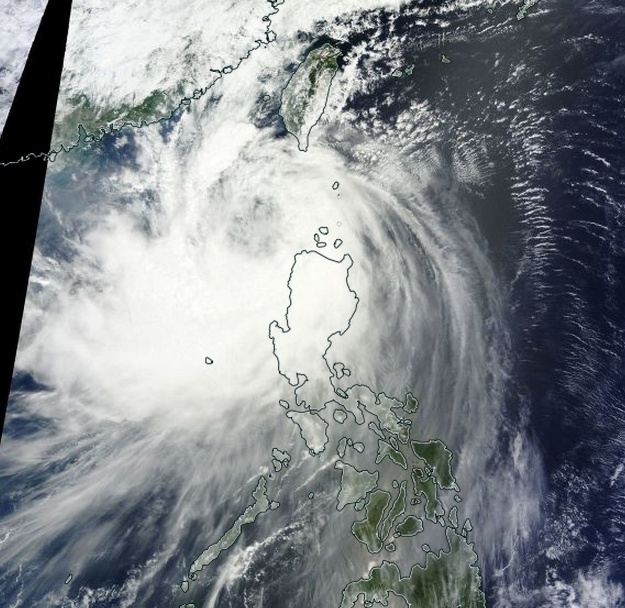 Estimated rainfall amount is from 7 – 20 mm per hour (moderate – intense) within the 350 km diameter of the Tropical Storm.

The combined effect of Southwest Monsoon and TS "MARIO" will bring moderate to strong winds over Zambales, Bataan and the rest of Northern Luzon. Moreover, these areas will have moderate to occasionally heavy rains and thunderstorms which may trigger flashfloods and landslides.

Metro Manila, MIMAROPA, CALABARZON and rest of Central Luzon will have occasional rains.

Fisherfolks and those with small seacrafts are advised not to venture out over the seaboards of Luzon.

The public and the disaster risk reduction and management council concerned are advised to take appropriate actions and watch for the next bulletin to be issued at 5 PM today. 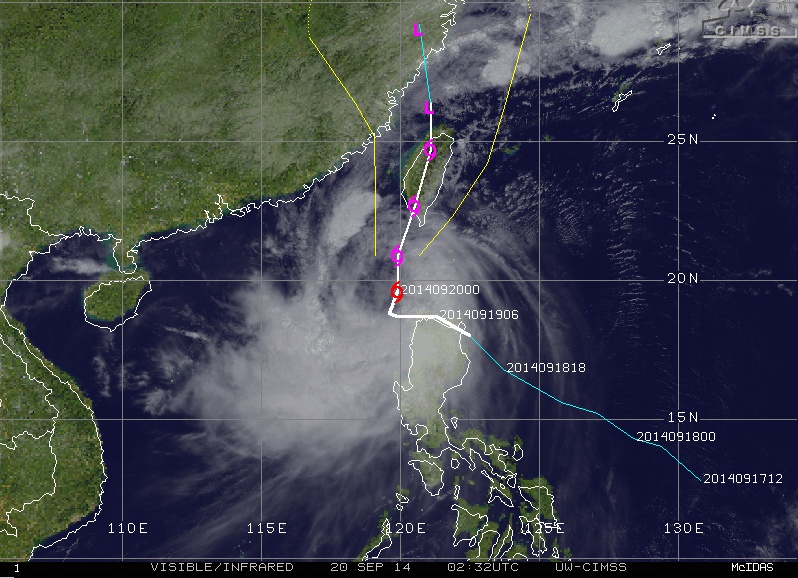 Now that Fung-Wong is departing the Philippines, it is forecast to affect Taiwan, China and Japan.

The Joint Typhoon Warning Center now forecasts the center of Fung-Wong to track through Taiwan from south to north over September 20 and 21 and make another landfall near Shanghai, China on September 23 before curving back over the ocean and head toward southern Japan.