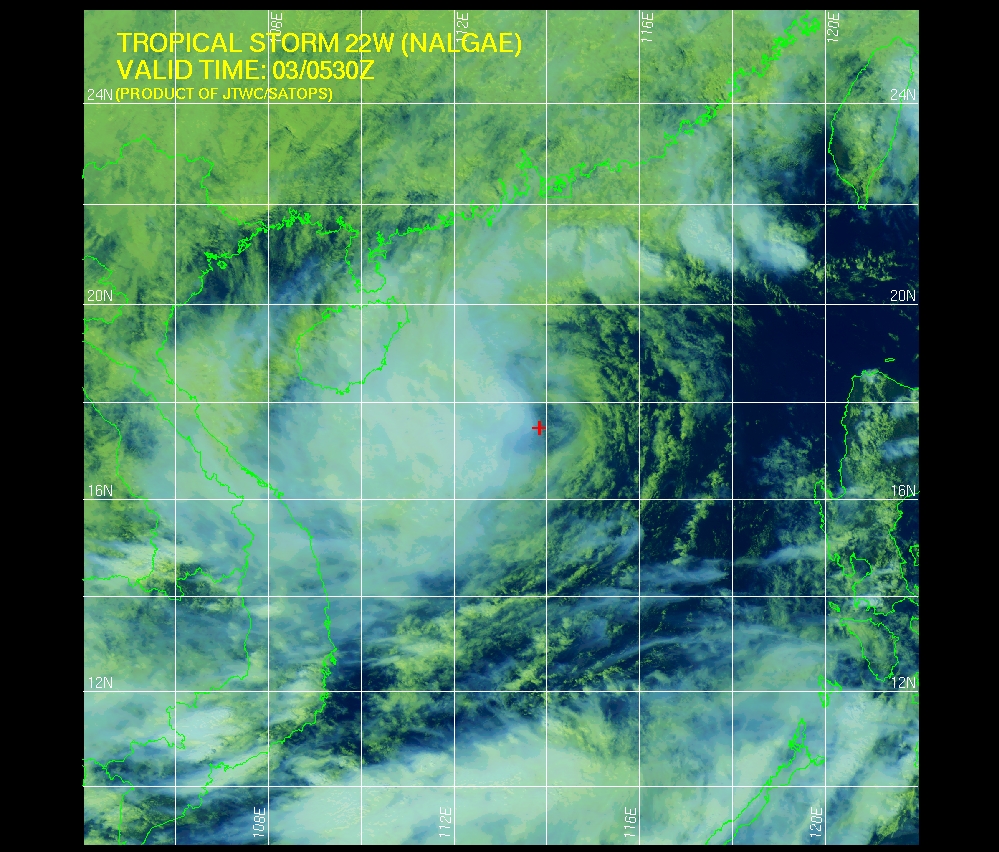 Typhoon Nalgae, known in the Philippines as Quiel, was approaching the archipelago on September 30, 2011 when the Moderate Resolution Imaging Spectroradiometer (MODIS) aboard the Terra satellite passed over the region and captured this true-color image.

Residents braced for winds and floods in the wake of Typhoon Nesat, which passed over the same region only days earlier. CNN reported that Nesat had killed at least 52 people while Agence France-Presse reported the storm left 30 more missing, while forcing 160,000 residents into state-run evacuation camps. Search and rescue efforts for survivors of Nesat were suspended as the fierce winds from Nalgae buffeted the Philippines.

On September 30, near the time this image was captured, the U.S. Navy’s Joint Typhoon Warning Center reported that Nalgae had maximum sustained winds of 115 knots (210 kilometers per hour) and gusts up to 140 knots (260 kilometers per hour). Located roughly 320 nautical miles (590 kilometers) northeast of Manila, the storm was moving west.

According to information from the Joint Typhoon Warning Center, Typhoon Nalgae struck the Philippines at about 21:00 UTC on September 30, with landfall near 17.0 N, 123.4 E, which is near Dinapigue, in Isabel province. The storm’s 1-minute maximum sustained winds peaked near 212 kilometers per hour (132 miles per hour), which made it a Category 4 Typhoon on the Saffir-Simpson Hurricane Wind Scale.

Not only were the winds strong as the Typhoon crossed the Philippines, the storm was a powerful rainmaker. Torrential rains brought severe flooding across the region. At the time of this writing, damage assessments have just begun and final reports are not available. However, a CNN reported described one area of Manila as being devastated by Nesat. “The damage is shocking,” he said, “It’s like a damage brought by earthquake and tsunami.” 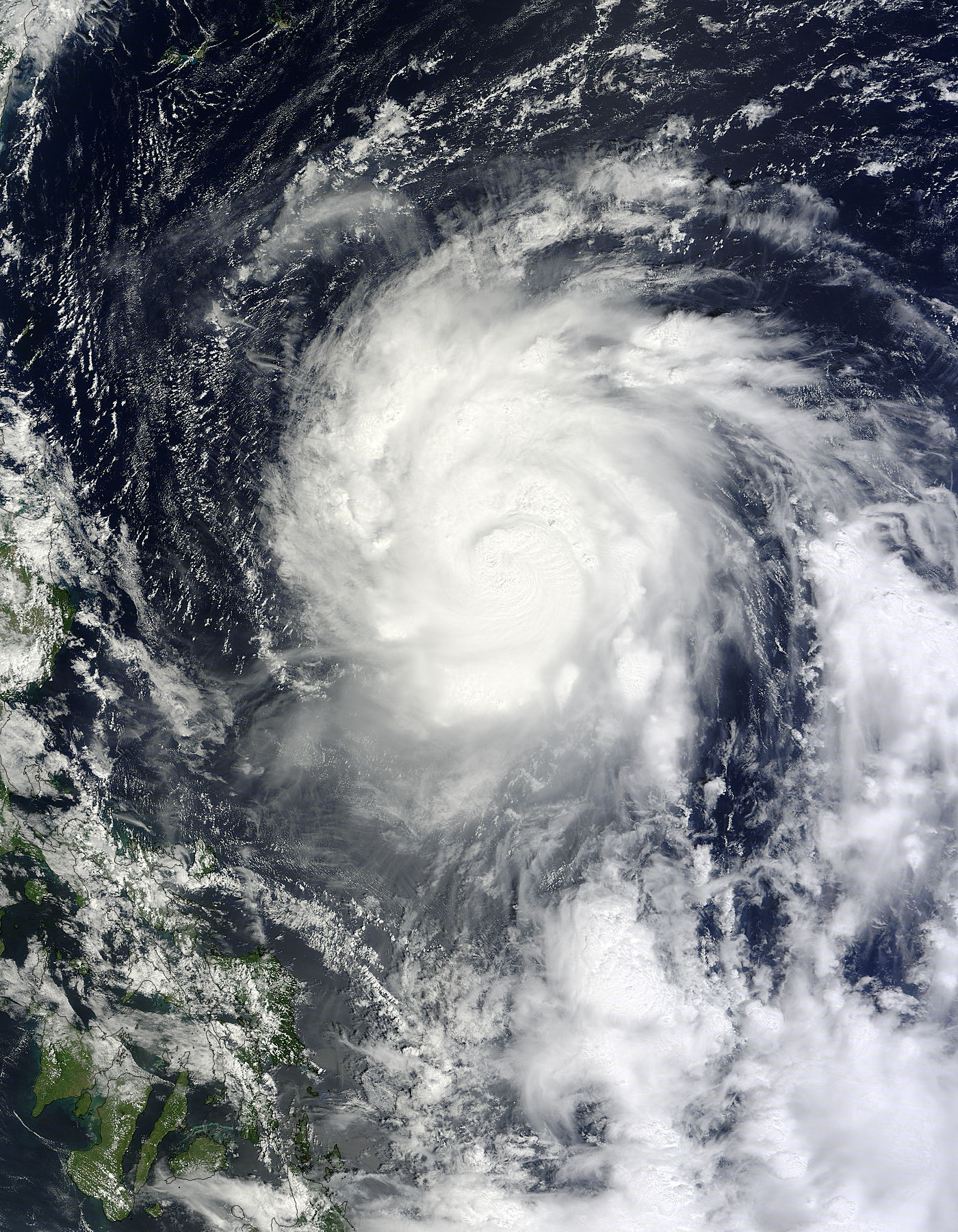 By the evening of October 1, Typhoon Nalgae was moving westward away from the northern Philippines, and been downgraded from a super typhoon to a strong typhoon earlier in the day. The storm is expected to continue to track to the west and remain over open waters for the next few days, and is expected to remain at typhoon strength as it crosses the South China Sea.

After that, by the middle of next week, the storm is expected to make landfall in Vietnam, following the track of Typhoon Nesat. With flood conditions already present, the strong winds and heavy rains are expected to cause significant impact throughout northern and central Vietnam. (MODIS)