On October 1st around 10:17 UT, widely-spaced sunspots 1302 and 1305 erupted in quick succession, revealing a long-distance entanglement which was not obvious before. NASA's Solar Dynamics Observatory (SDO) recorded the movie of the double blast: 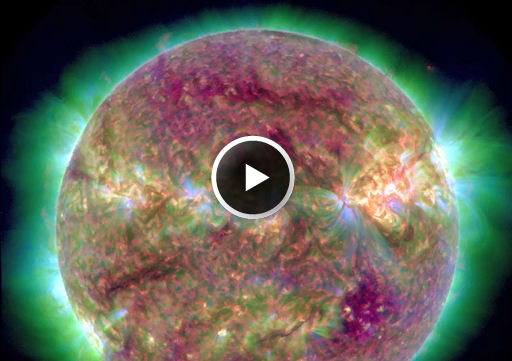 Since it was launched in 2010, SDO has observed many "entangled eruptions." Active regions far apart but linked by magnetic fields can explode one after another, with disturbances spreading around the stellar surface domino-style. Yesterday's eruption appears to be the latest example.

The part of the eruption centered on sunspot 1305 hurled a coronal mass ejection toward Earth. The relatively slow-moving (500 km/s) cloud is expected to reach our planet on Oct. 4th, possibly causing geomagnetic storms when it arrives. High-latitude sky watchers should be alert for auroras. (SpaceWeather) 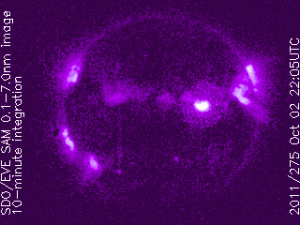 An M1.3 Solar Flare has just taken place at 17:23 UTC Sunday afternoon and was centered around Sunspot 1302 which has been much quieter as of late. The flare was impulsive and not long in duration.

An aurora watch will be in effect within the next 48-72 hours due to the expected arrival of a Coronal Mass Ejection (CME) caused by a long duration M1.2 solar flare around Sunspot 1305 on Saturday morning. This region will remain capable of producing Moderate solar flares. Sunspot 1302 which was previously very active with major solar flares, continues to gradually shrink in size and will soon rotate towards the western limb. A new sunspot that rotated into view on the northeast limb and was numbered 1309 on Sunday. 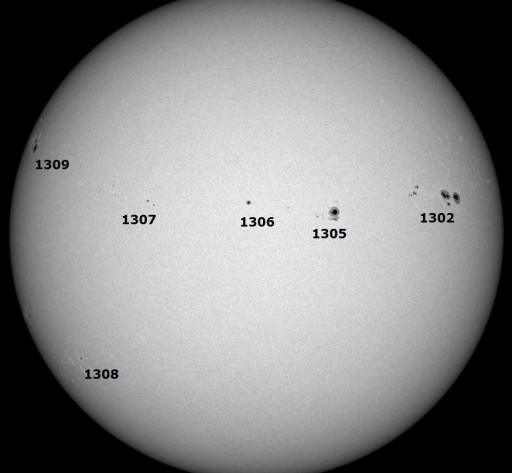 Sunspot 1305 continues to grow and at 00:50 UTC Sunday morning, an M3.9 Solar Flare took place. A Coronal Mass Ejection (CME) resulted, however the blast from the earlier M1.2 Solar Flare appears to be more geoeffective. Watch the new movie below showing Three CME's and a sundiving comet plunging into the Sun.

A long duration M1.2 Solar Flare took place around Sunspot 1305 at 09:59 UTC Saturday morning and a Earth Directed CME is on its way. The cloud of plasma is slow moving at 500 km/s. (SolarHam) 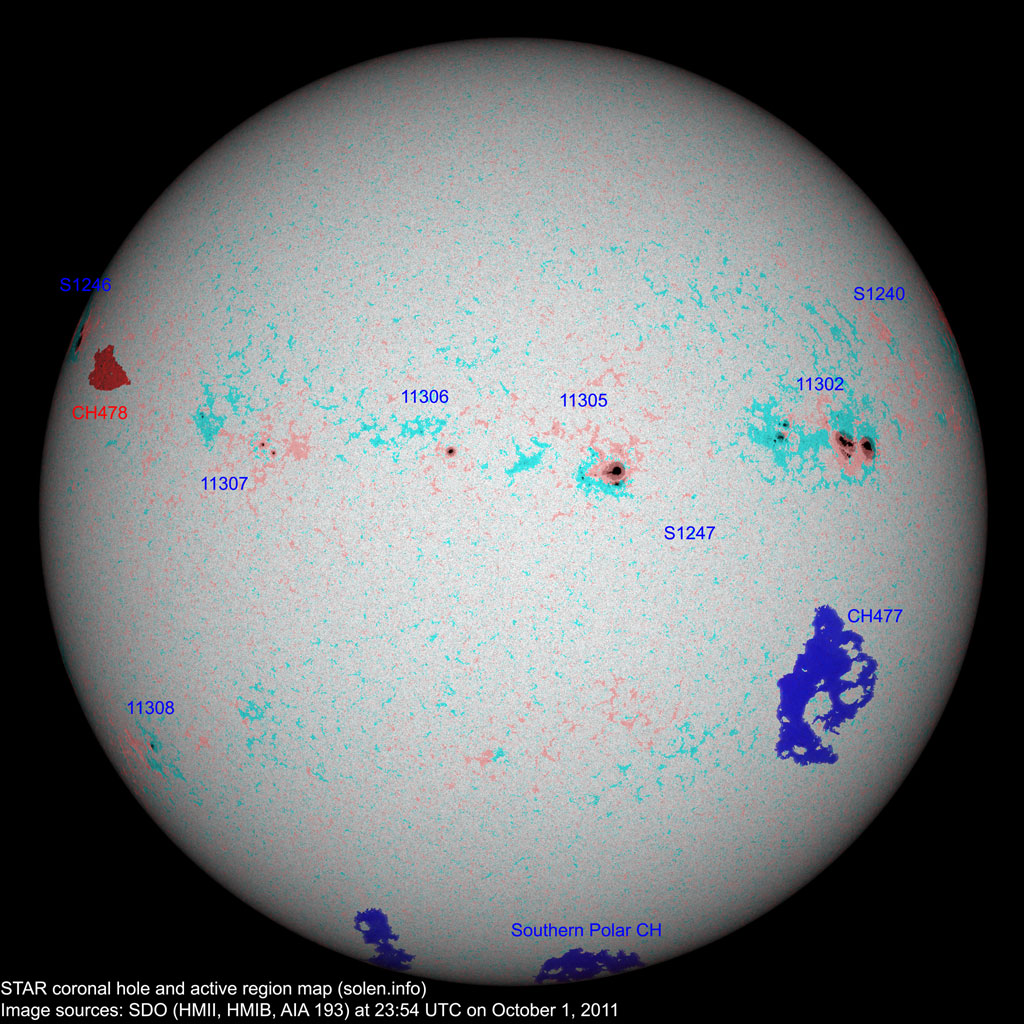