Another fissure eruption has started in Holuhraun, an ice-free area north of the Bárðarbunga volcano, on Sunday, August 31, 2014, at around 05:05 UTC. This is the same place as Friday's eruption but today's eruption is far more powerful.

Svein­björn Steinþórs­son at the Institu­te of Earth Science at the Uni­versity of Ice­land, says that the erupti­on is far more powerf­ul than the last one.

"That one [Fridays eruption] faded away almost in­st­antly. This one is obvi­ously more powerf­ul and shows no signs of fading."

Scientists pointed out out that the lava which entered the surface on Friday was only about a thousandth of the magma on the move under the surface.

Accordint to IMO, at this moment it is unclear how the situation will develop. However, four scenarios are considered most likely: 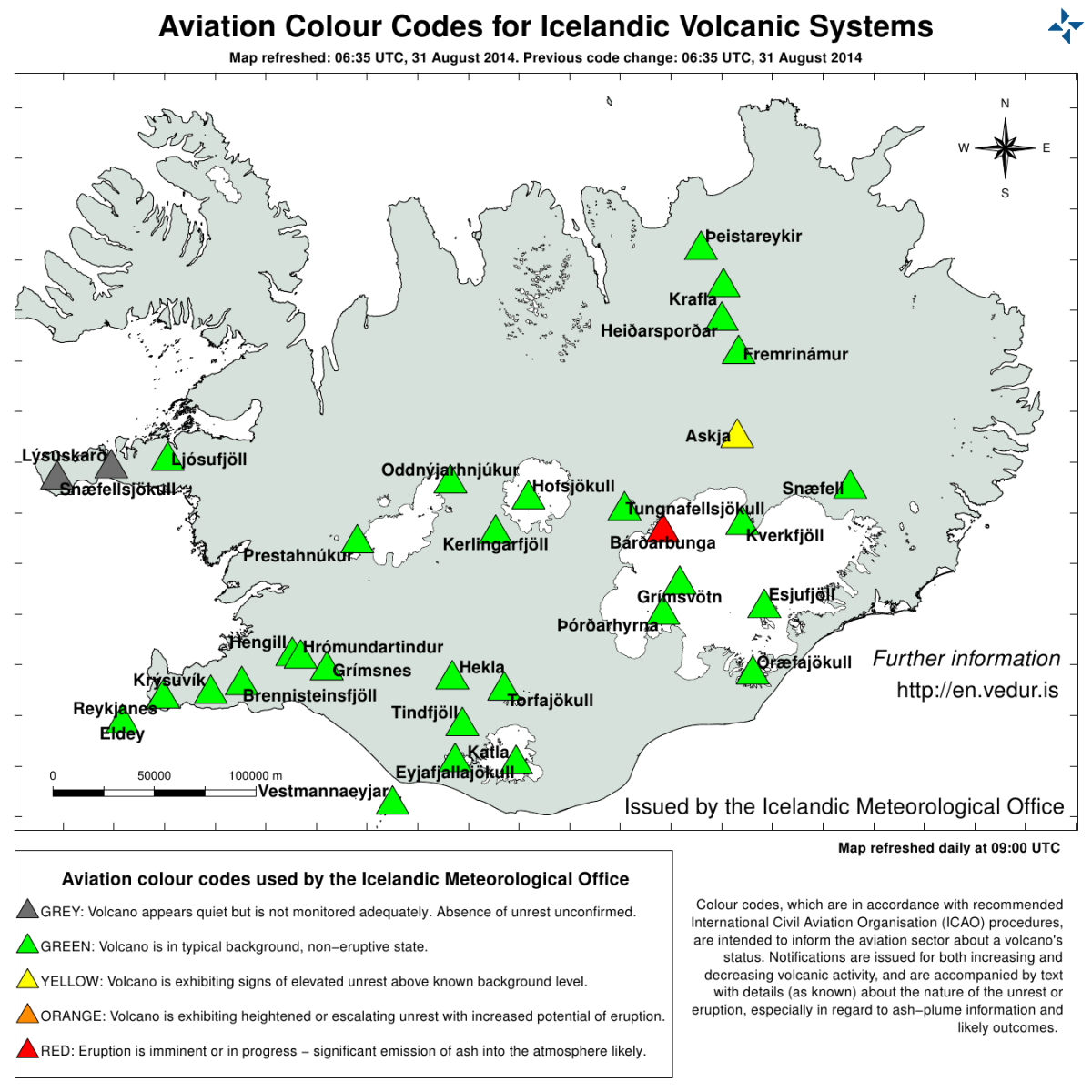 Overall assessment from the joint status report 310814 of the Icelandic Met Office and the University of Iceland, Institute of Earth Sciences (16:41 UTC):

Weather conditions made it difficult to follow the progression of the eruption since this morning, but scientists are in the area, using every opportunity to acquire information on gas and lava outflow. Weather conditions do not allow overflight at this time. The Aviation Colour Code for Bárðarbunga was rised at ‘red' this morning and it has been moved back to 'orange' since 15:00 UTC. The color code for Askja is at ‘yellow'.