According to media reports, Fukashi Maeno, assistant professor of the Earthquake Research Institute at the University of Tokyo, warned that if lava continues to mount on growing volcanic island Nishino-shima, Japan's Ogasawara archipelago, parts of the island's slopes could collapse and generate a dangerous tsunami.

A rockfall of 12 million m3 of lava would generate 1 meter (3 feet) tsunami which would reach the island of Chichijima, located some 130 km away, in around 18 minutes, he warned.

During an underwater volcano eruption on November 21, 2013, a new island – Niijima – was born in Ogasawara archipelago and started merging with nearby Nishino-shima island. The two islands soon became one and although it is still just slightly over 1 km, Nishino-shima continues to grow and the eruption is still in progress.

According to Japan Coast Guard, and based on observations conducted on March 24, 2014, the island was about 1 150 m from East to West and about 850 m from North to South.

A new island is born

This is how it looked like when Niijima was born and started merging with Nishino-shima.

Images of an eruption taken on November 21, 2013. Image courtesy of Japan Coast Guard.

The following image is from July 23, 2014, less than a month ago. The island is still growing and the volcanic eruption is still underway. 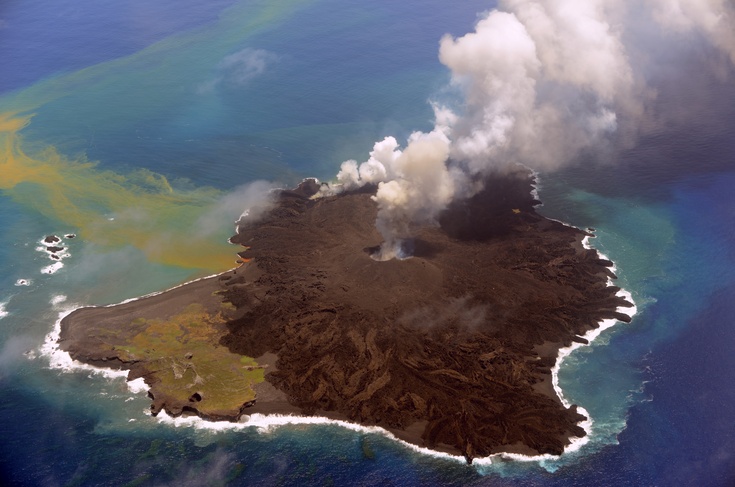