Extremely strong and very deep M8.5 earthquake was registered by Japan Meteorological Agency (JMA) off the coast of Chichi-shima, Bonin Islands region (Ogasawara), Japan at 11:23 UTC on May 30, 2015. JMA is reporting depth of 590 km (366 miles).

Based on all available data, there is no tsunami threat because the earthquake is located too deep inside the Earth.

Nishino-shima, a new island created by ongoing volcanic erupton, is about 43.5 km (26 miles) SSE away from the earthquake epicenter. 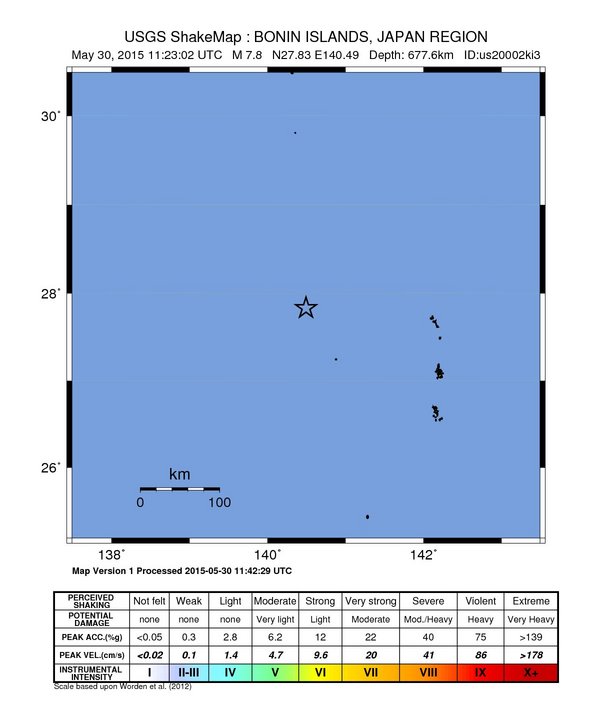 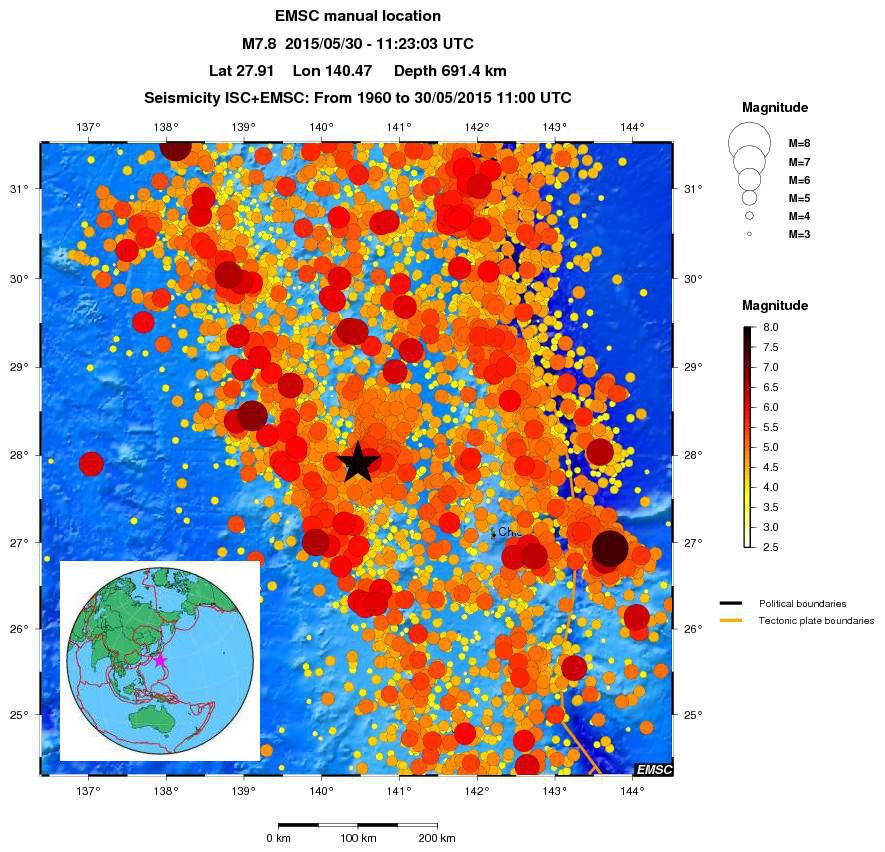 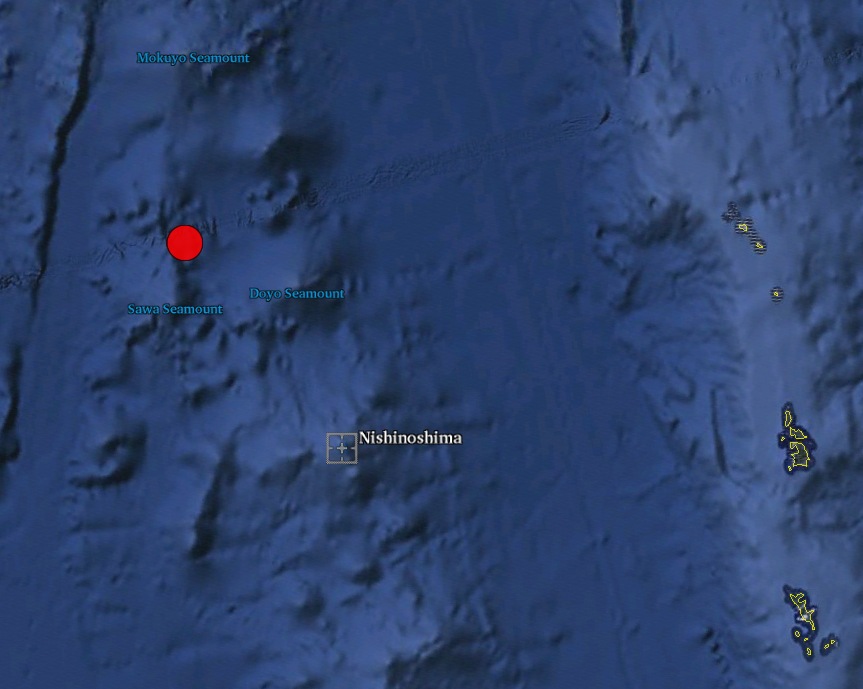 Earthquakes that have focal depths greater than 300 km are commonly termed "deep-focus".

Over the past century, 66 earthquakes with a magnitude of M7 or more have occurred at depths greater than 500 km; three of these were located in the same region as today's event. The largest nearby event at these depths was a 1968 M 7.3 earthquake, several hundred kilometers to the south of this earthquake. (USGS) 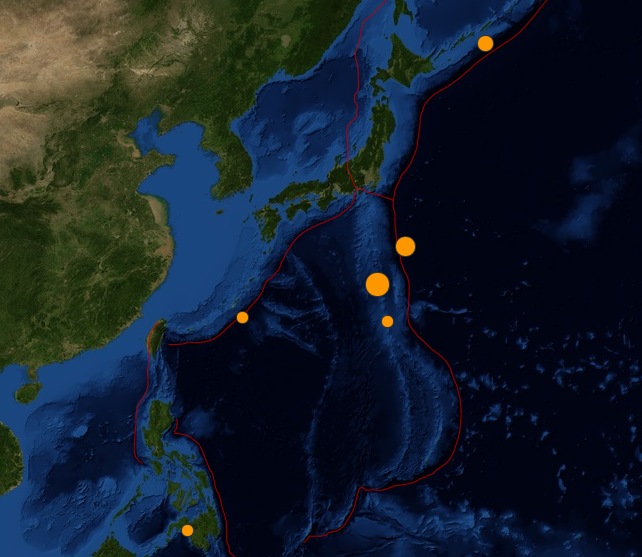