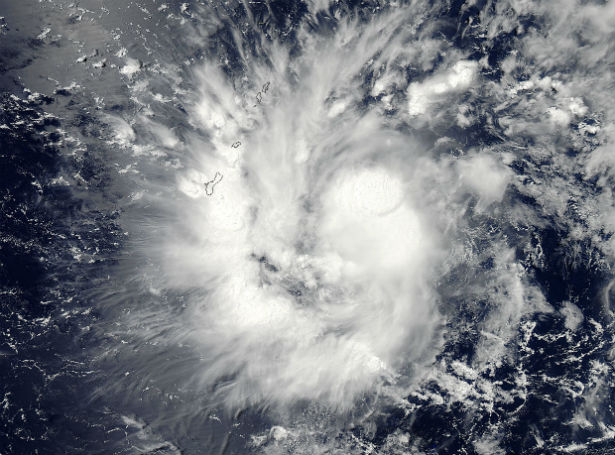 Tropical depression near Guam developed into the ninth named storm of West Pacific season this year. Tropical Depression 09W became a Tropical Storm Rammasun on July 11, 2014 but shortly after passing near Guam, it was downgraded to a tropical depression again.

Guam's NWS issued a Tropical storm warnings. Guam received 25 to 50 mm (1 to 2 inches) of rain. The system strengthened again, and Tropical Storm Rammasun is now tracking west of Guam, through the Northwestern Pacific Ocean toward the Philippines. 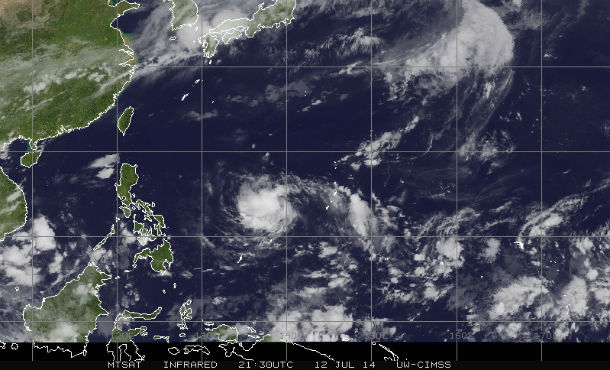 According to latest report by JTWC, TS Rammasun is located approximately 257 nm west of Andersen AFB, Guam, and is moving westward at speed of 25 km/h (15 mph). Maximum sustained winds are 65 km/h (40 mph) with higher gusts. 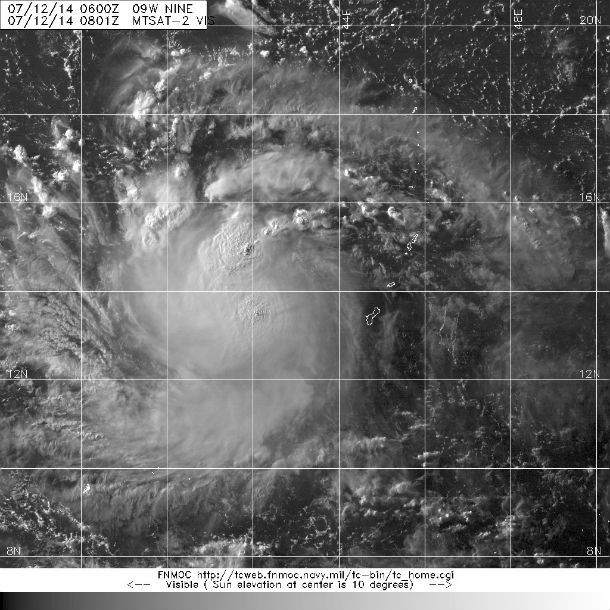 Rammasun is likely to become the first typhoon of 2014 to directly impact the Philippines. Very warm sea surface temperatures in the Philippine Sea along with low vertical wind shear will further strengthened the system as it approaches land, reaching wind speed of 175 km/h (108 mph) before landfall. There will be high risk of damaging winds, coastal storm surge, flash flooding and possible landslides. The greatest impacts are expected across the northern Philippines. 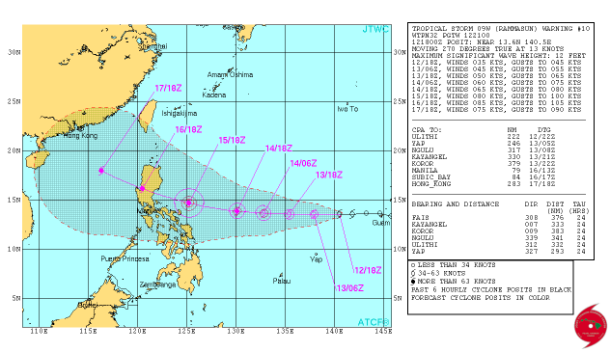 After crossing the Philippines, Rammasun will move through the South China Sea toward Southern China and Hong Kong.

"Rammasun" is Thai word for the God of thunder. 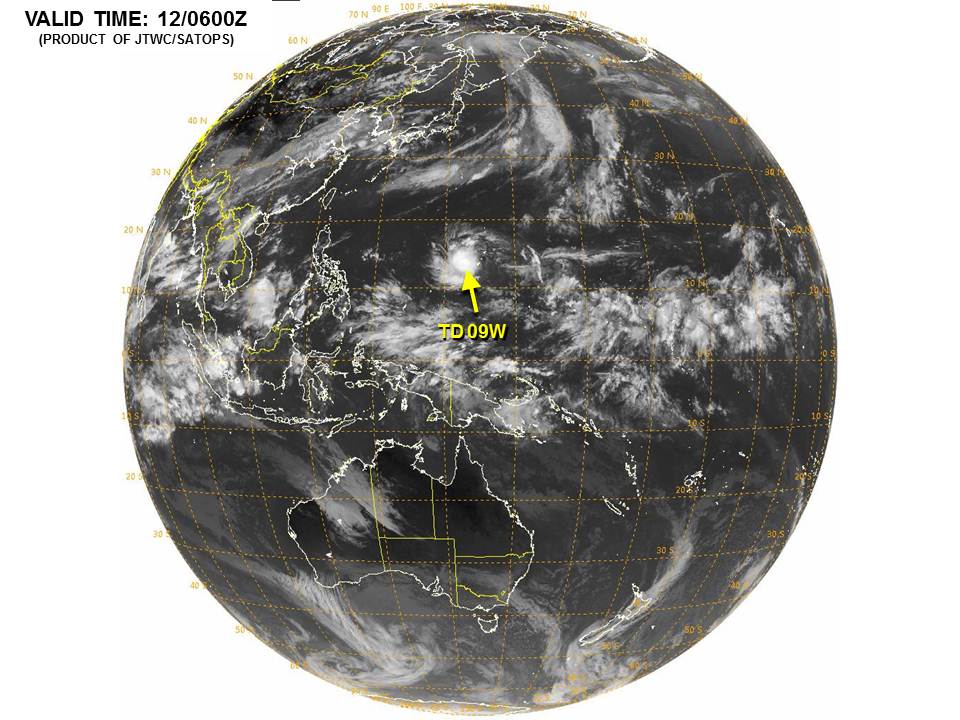