Hundreds od thousands dead fish have washed ashore near the 146 bridge leading into the city of Kemah, Galveston Bay, Texas. The Texas Parks and Wildlife Department said the dead fish began showing up last weekend and the most likely cause is oxygen depletion.

By Wednesday, May 28th, almost all the fish have decomposed and officials said there are no plans to investigate the fish kill any further.

Reduced oxygen levels are most commonly caused by factors such as drought, algae bloom, overpopulation, or a sustained increase in water temperature. This is not the first such report coming from Galveston Bay in recent years.

Thousands of dead fish, most of them Gulf Menhaden, or shad fish, washed ashore along the Texas coast, from the Colorado River to Galveston Island on August 12, 2012.  State officials said the cause was a toxic algal bloom known as red tide which was present along the Texas coast in 2011 and 2012.

The occurrence of red tides in some locations appear to be entirely natural (algal blooms are a seasonal occurrence resulting from coastal upwelling, a natural result of the movement of certain ocean currents) while in others they appear to be a result of increased nutrient loading from human activities. Other factors such as iron-rich dust influx from large desert areas are thought to play a major role in causing red tides.

Red tide is potentially harmful to human health as humans can become seriously ill from eating oysters and other shellfish contaminated with red tide toxin. It can also cause eye and respiratory irritation (coughing, sneezing, tearing, and itching) to beachgoers, boaters and coastal residents.

But, according to NOAA, there is currently no indication of Karenia brevis, commonly known as Texas red tide, along the coast of Texas.

On the other hand, you can't say that for the hot weather and drought, which are currently affecting almost entire state and are known to cause mass fish die-offs. 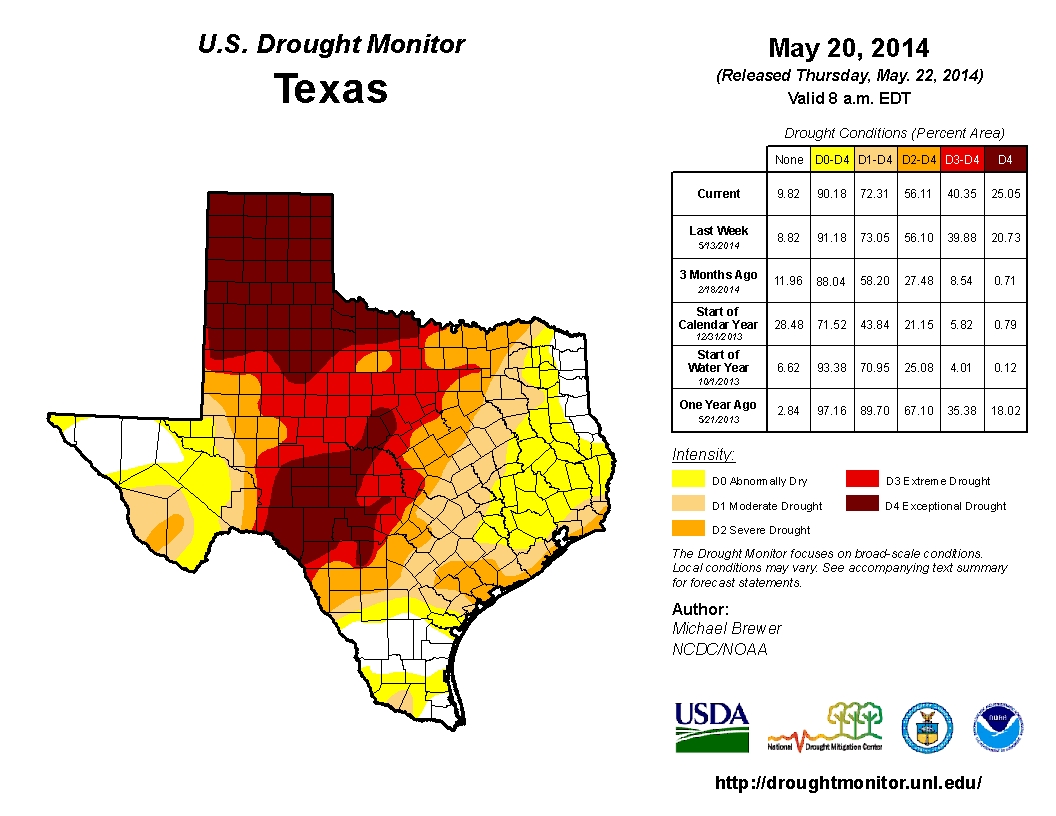 According to George W. Lewis, professor of Aquaculture and Fisheries at The University of Georgia, continued drought and high temperatures can also become critical to both commercial fish producers and sportfish pond managers.

"As ponds lose water, the fish become more crowded and confined in a smaller volume of water and are stressed. Adding to this stress is the deterioration of water quality as water evaporates from the pond and concentrates waste metabolites in the water like ammonia, carbon dioxide, and nitrites.

As fish and other aquatic organisms are crowded into an increasingly smaller volume of water, the less the total amount of oxygen there is for fish to breath. Adding insult to injury, the warmer the water, the less dissolved oxygen it can hold."