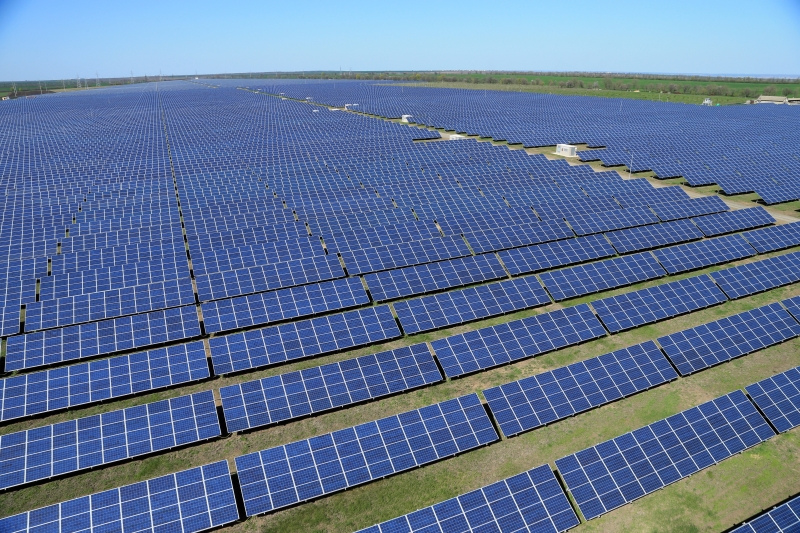 It seems India is about to finally push up the plan to bring at least minimal electricity to 400 million of their citizens still without power. With population of over 1.2 billion their new energy plan is described as second green revolution, the first being agricultural advances that relieved famine across the subcontinent in the middle of the 20th century.

With extremely high energy demand throughout the country they will still have to invest in other forms of power generation (primarly coal) but solar energy is finally getting a push in a right direction.

Although you might argue that claims made by newly elected Indian Prime Minister Narendra Modi to bring solar energy to every home in the country by 2019 are just another political trick, this is the the type of person who just might pull this off.

"During Modi’s tenure as chief minister of the sun-soaked northwestern Indian state of Gujarat, power reached a surplus, creating envy in the rest of the country where blackouts are common. He did this in part by pioneering India’s first incentives for large-scale solar power. Over four percent of Gujarat’s installed capacity, or around 825 megawatts, comes from solar photovoltaic (PV) power." (ThinkProgress)

“We look upon solar as having the potential to completely transform the way we look at the energy space,” Narendra Taneja, convener of the energy division for Modi’s Bharatiya Janata Party, told Bloomberg.

"A solar panel on every home would provide enough energy for two bulbs, a solar cooker and a television," he said and added that the clean power market’s expansion was Modi’s No. 1 energy related priority.

When India launched the Jawaharlal Nehru National Solar Mission to reduce its fossil fuel dependence in January 2010 the country had just 18 megawatts of solar generated power. So far, they managed to increase it to 2.18 GW and the plan was to get to 20 GW by 2022.

A new 4 GW solar substation at Sambhar Lake in the state of Rajasthan, about to be finished, is one of the largest projects in the country’s pipeline. But Rajasthan has set a goal even more ambitious than India's.

With 300 days a year of sunshine and relatively cheap desert land the newly formed state government said it is working on plans to develop logistics and attract investors targeting capacity of 25 GW of solar energy in within the next five years, along with an infrastructure to transmit that power to the national grid.

A mammoth plan which would put India ahead of countries like China, the United States and Italy in solar energy production, right behind the world leader Germany, which has over 32 GW of solar capacity.

Chandra Shekhar Rajan, additional chief secretary for infrastructure with the Government of Rajasthan, said the project was attracting interest, including recently from two Japanese public sector energy giants, METI and NEDO who had offered to help devise the state’s solar plan, as well as from KfW, a German development bank. (Trust)

A combination of solar panels on every home, smaller stations in rural India and huge solar power plants to fill in the gaps and meet the growing demands just might be the answer but the government will have to pay special attention to its distribution.

“On the issue of domestic equity — who losses and who gains — I think we have to pay close attention,” Jagadish Thaker, a doctoral candidate at George Washington University, told ThinkProgress. “Who will benefit from more investments in clean energy? Will the rich continue to get undue benefits, or will the rural areas be able to access uninterrupted electric supply? If solar power primarily reaches urban consumers, it thereby increases the ‘power’ gap between urban and rural populations.”