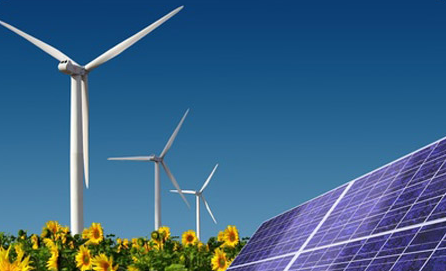 Four major German utilities, the Federal Network Agency and grid authority have announced that they are raising the surcharge that customers pay on their utility bills to fund renewable energy by a steep 47% in 2013, from € 3.592 c/kWh now to 5.277 c/kWh.  This to cover the increasing proportion from renewables and the fact that the utilities are obliged to pay for each renewable kWh much more than they can sell it for.  Utilities charge most customers the renewable energy sources (EEG) surcharge or “Umlage” to cover the difference.

Overall, the 2013 forecast EEG feed-in tariffs amount to about €18.5 billion, compared with projected revenues on the electricity market of about €2.6 billion.  The difference between projected feed-in tariffs and marketing revenues forms the essential part of the EEG surcharge.

The government is reacting to the steady increase in renewables costs to consumers by capping the subsidies.  Solar subsidies are capped at 52 GWe (compared with 30 GWe currently), and wind and biomass are set to follow.  Last year, Germany raised the 2020 target from 35% to 40% of supply from renewables while raising payments for biomass, geothermal, & offshore wind.  It maintained solar PV and onshore wind incentives, but has cut solar since.

“Renewable energy has come of age in Germany, and it’s time for the system of subsidies to grow up too,” Michael Fuchs, deputy parliamentary leader of Merkel’s Christian Democratic bloc, told Bloomberg. “Whoever has 25% of the market share must be treated as such.”

Others see it differently. Energy-intensive companies are exempt from paying the Umlage and leftover costs from 2012 are responsible for more than half of the new fee.

“Instead of blaming renewables, unnecessary exemptions for industrial consumers including banks and slaughterhouses, should end,” says Juergen Trittin, co-leader of the Green Party.

In May 2012 Germany announced plans to upgrade and expand its electricity grid over the next decade in order to help renewable energy sources fill the gap left by its phase-out of nuclear power. At the request of the government, the country’s four grid operators (TSOs) – 50Hertz, Amprion, TenneT TSO and TransnetBW – drew up a joint network development plan which identifies the necessary grid expansions. The plan – co-ordinated by the federal network agency (Bundesnetzagentur) – will provide a basis for delivering the country’s energy transition.