Japanese Showa Crater of Sakurajima volcano had a series of relatively strong eruptions today. According to Tokyo VAAC, the volcano first erupted at 00:58 UTC on May 23 and ejected a column of smoke and ash up to 3.6 km (12 000 ft) into the air. This is Sakurajima's 131st eruption of the year.

The volcano experienced its strongest eruption this year on May 10, 2014, sending ash up to 5.4 km. The flow of lava and ash was reportedly moving in the direction of Ibusiki City but there were no information about any wreckage or casualties.

JMA reported that an explosion from Showa Crater on May 12 at 22:29 UTC ejected tephra as far as 1.8 km from the crater and produced a plume that rose 1.6 km above the crater rim. Incandescence from the crater was detected at night during May 13-14. 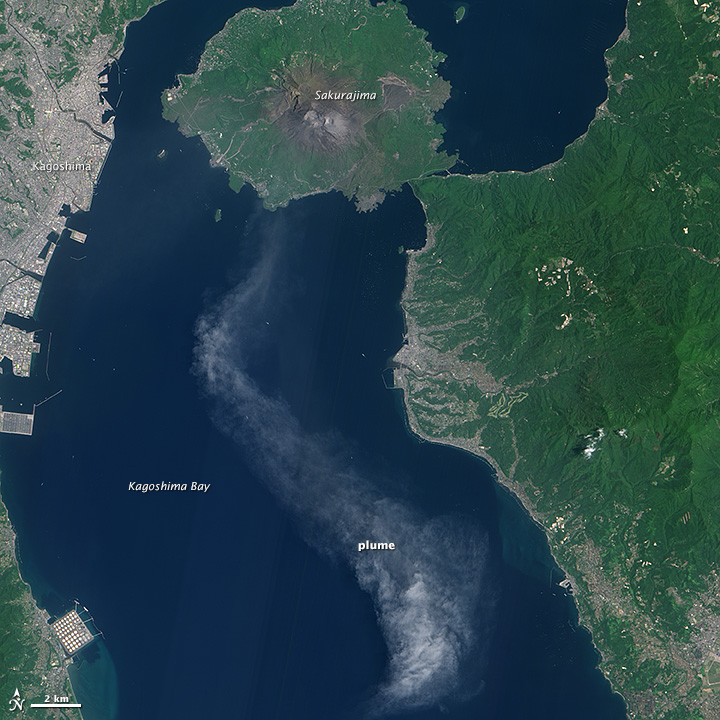 Sakurajima eruption on May 23, 2014. Video courtesy of Volcano Discovery

Sakurajima is considered as one of Japan's most active volcanoes erupting several hundred times a year. This volcano is a post-caldera cone of the gigantic Aira caldera at the northern half of Kagoshima Bay which was created by a massive eruption 20 000 years ago (VEI 7) .

"Eruption of the voluminous Ito pyroclastic flow accompanied formation of the 17 x 23 km caldera. The construction of Sakurajima began about 13,000 years ago on the southern rim of Aira caldera and built an island that was finally joined to the Osumi Peninsula during the major explosive and effusive eruption of 1914.