Located in the Peruvian Andes, Ubinas has shown signs of an impending eruption since the mid-2013, highlighted by the appearance of a fresh lava dome in March 2014.

Despite a recent decline in earthquakes, Ubinas Volcano erupted an ash plume on April 28, 2014 and the Advanced Spaceborne Thermal Emission and Reflection Radiometer (ASTER) collected this false-color view of the volcano: 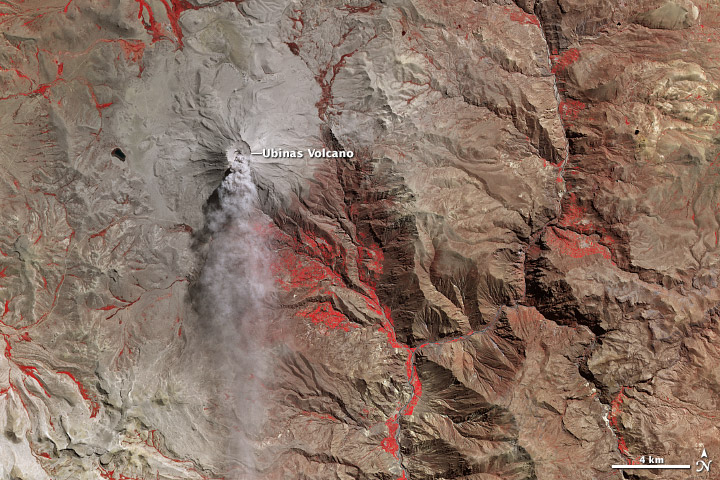 The predominant dispersion direction of ash on April 29 was Southwest. Ashfall was reported in the towns of Querapi, Ubinas, Anascapa, Sacohaya and Tonohaya.

Moderate exhalations and ash emissions are continually present. INGEMMET estimates this will continue in the coming days with considerable emissions of gasses and ash.