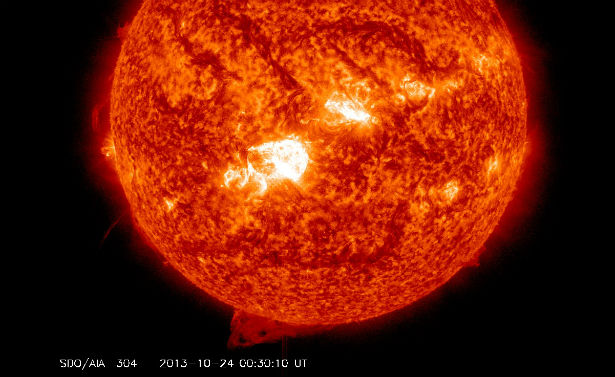 Only 3 hours after impulsive M 2.7 solar flare, Active Region 1875 erupted multiple solar flares registered as M 1.4 at 23:33 UTC on October 23, 2013 followed by M 3.1 at 00:08 UTC on October 24, 2013. This active region will probably continue with its high flaring activity during the rotation on this side of visible solar disk. 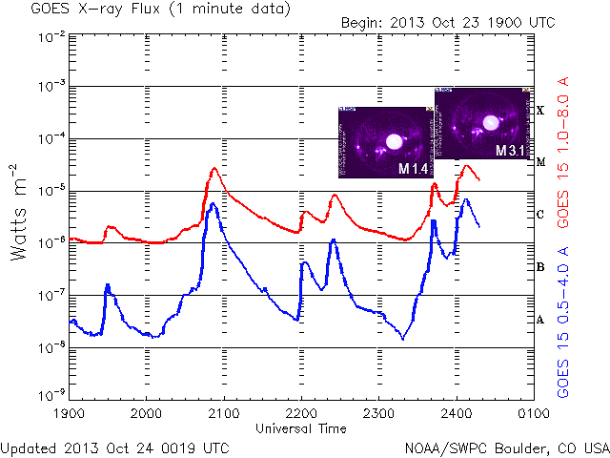 Active Region 1877 produced strong M 9.3 at 00:30 UTC on October 24, 2013. This region decreased in area, but developed a beta-gama-delta configuration in its intermediate spots. It was responsible for few low-level C-class during the past few days. Extreme UV radiation from the flare ionized Earth's upper atmosphere and created a brief HF radio blackout on the sunlit side of the planet. It looks like this event produced Coronal Mass Ejection (CME) which is heading towards our planet. 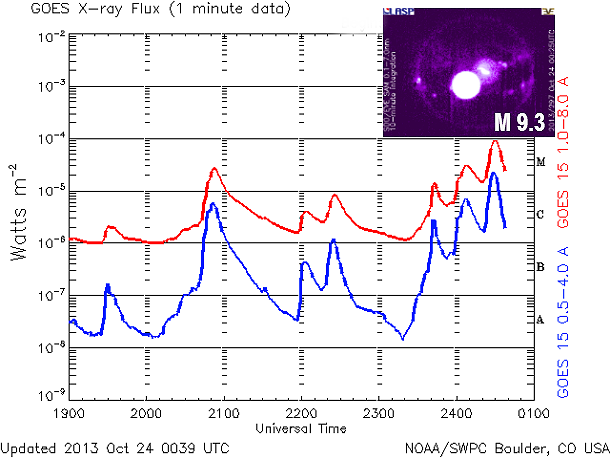 There are curently 4 numbered sunspots facing Earth. AR 1875 and AR 1877 remain the biggest and the most dangerous considering their geo-effective position. NOAA/SWPC forecasters raised probabilities of stronger flares on 40% chance for an M-class and 5% chance for an X-class solar flares. 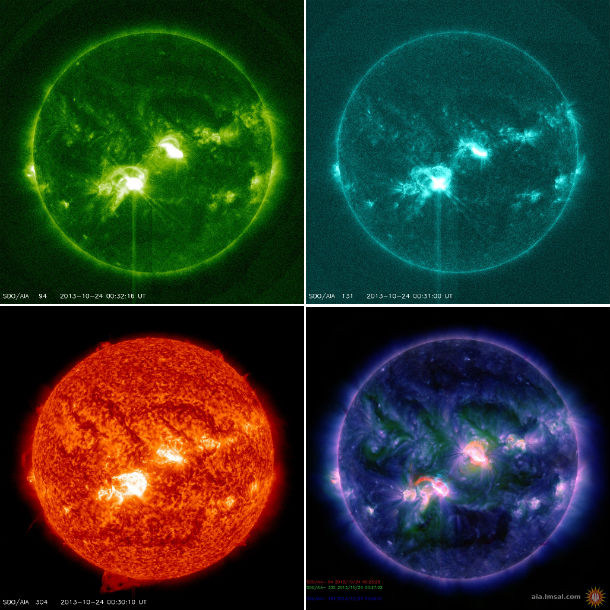 SDO's AIA channels show Sun at the moment of strong M 9.3 event (Courtesy of NASA/SDO and the AIA, EVE, and HMI science teams) 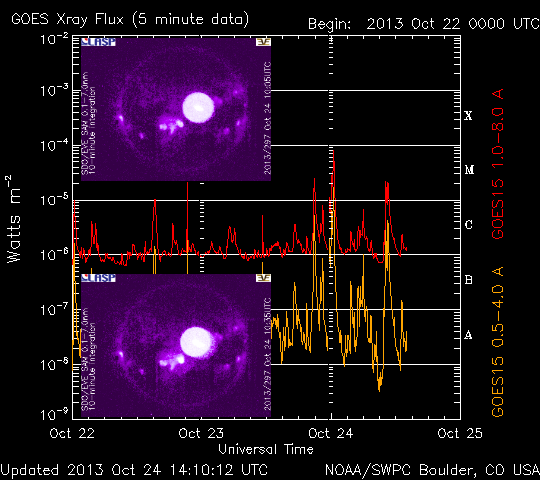 At 10:00 UTC another series of eruptions started. Region 1875 erupted with M2.5 solar flare peaking at 10:09 UTC. Immediately after that one, same region erupted with M3.5 peaking at 10:33 UTC. Type IV radio emission was associated with that latest event indicating strong CME was present.