Epicenter was located off shore, in the hot solid mantle of our planet, 318 km (198 miles) ENE of Dili, East Timor and 411 km (255 miles) ENE of Atamuba, Indonesia and was felt as far as Australia.

The main reason why this earthquake was felt at such big distances is the depth of the hypocenter. The wave bundle radiates far away from the explosion point and reaches even Australia (ER).

The population in this region resides in structures that are vulnerable to earthquake shaking, though some resistant structures exist. Recent earthquakes in this area have caused secondary hazards such as landslides that might have contributed to losses. 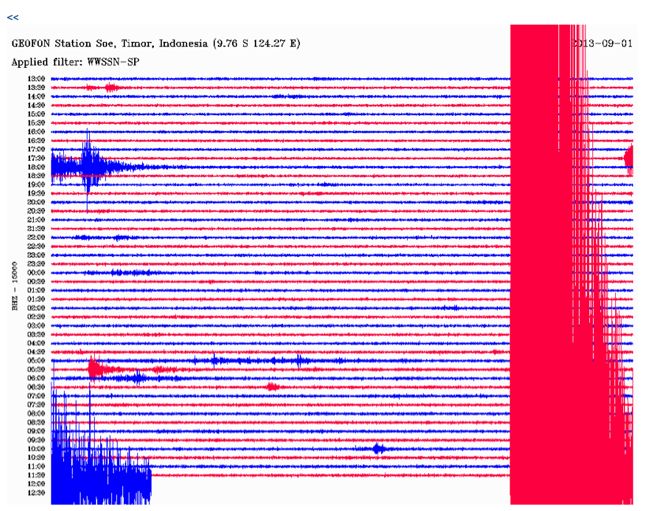 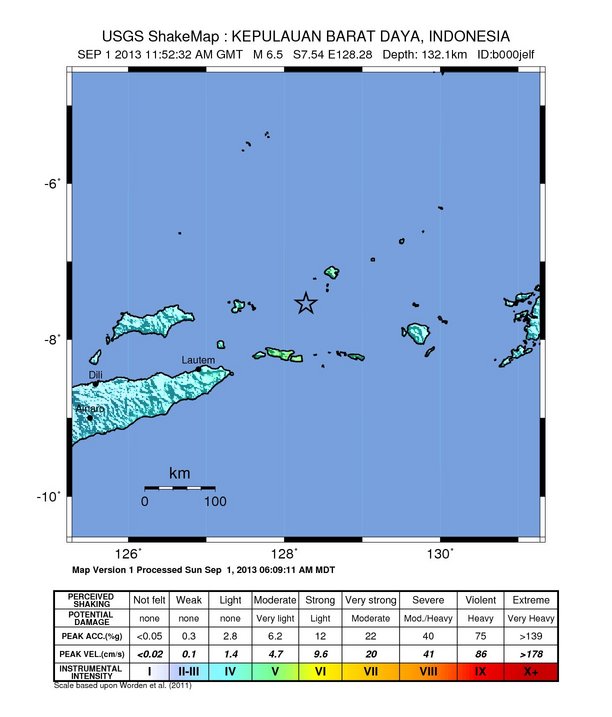 Large earthquakes in eastern Indonesia occur frequently but interplate megathrust events related to subduction are rare; this is likely due to the disconnection of the descending oceanic slab from the continental margin. There have been 9 M7.5+ earthquakes recorded from the Kai Islands to Sumba since 1900. The largest was the great Banda Sea earthquake of 1938 (M8.5) an intermediate depth thrust faulting event that did not cause significant loss of life (USGS). More information on regional seismicity and tectonics.