A meteor with estimated mass of over 50 kg exploded over Tennessee, US, around 07:27 UTC on August 28, 2013 (02:27 local time). Head of NASA's Meteoroid Environment Office, Bill Cook, said the fireball reached a peak magnitude of -13. It was brighter than a full moon, and casted shadows on the ground. This indicated that the meteor had a mass of over 50 kg (110 lbs) and was about 40 cm (16 inches) in diameter.

All 6 NASA's all sky cameras in the southeast picked up a very bright fireball that may have produced meteorites. The cameras were completely saturated, necessitating a manual solution.

"As far as I know, this is the brightest event our network has observed in 5 years of operation," he continues. "There are reports of sonic booms reaching the ground, and data from 4 doppler radars indicate that some meteorites may have fallen along the fireball's ground track."

Using data from multiple cameras, Cooke has calculated a preliminary orbit for the meteoroid. The shape and dimensions of the orbit are similar those of a Jupiter-family comet.

If meteorites are recovered from the Tennessee countryside, their chemical composition will tell researchers more about the origin of the fireball. 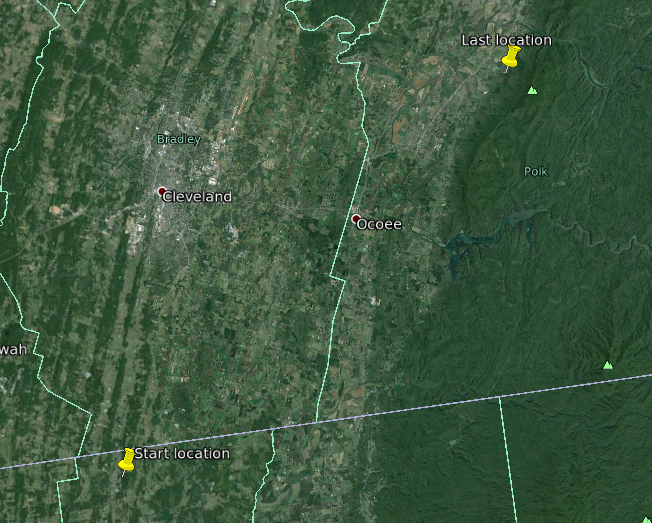 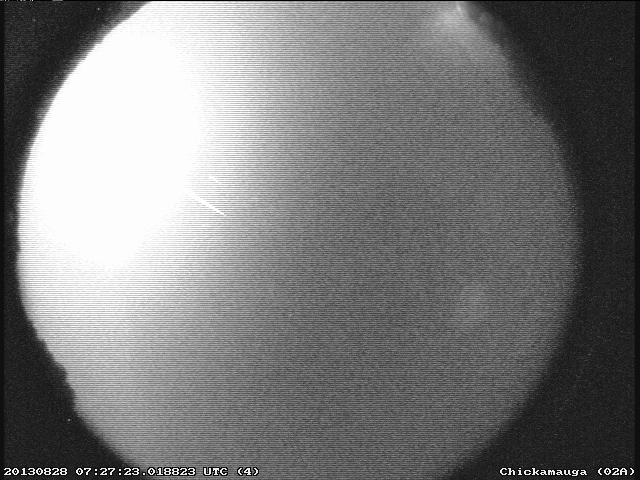