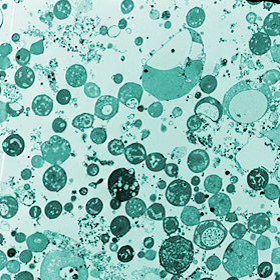 The human body appears to have its own built-in safety mechanism for breaking down questionable pharmaceutical components and rendering them inactive. A recent study published in the journal Science reveals that gut flora, which naturally populate human intestines for digestive and immune system purposes, render useless the active drug compounds in some heart failure and cardiac arrhythmia medications, a mechanistic action that has baffled scientists for decades.

For the past several decades, the scientific community has been aware of the fact that gut bacteria are capable of inactivating certain pharmacological components. A team of scientists from Columbia University in New York, in fact, identified back in the 1980s one bacterial strain in particular, known as Eggerthella lenta, that deactivates digoxin, one of the oldest glycoside compounds used in cardiac medications.

But in the decades since this groundbreaking discovery was made, scientists have been unable to determine with any sort of precision how, exactly, E. lenta deactivates digoxin, or whether or not it utilizes the synergy of other bacterial strains in the gut to perform this function. A primary reason for this is the fact that, in isolation, bacterial samples taken from the human digestive tract react unpredictably when exposed to digoxin.

This latest research, however, fills in some of the gaps surrounding how this complex process works, showing for the first time that two specific genes in the gut activate in the presence of digoxin. Though these genes already express themselves to a much lesser degree under normal circumstances, they apparently switch into overdrive when exposed to the offending drug compounds, which scientists believe provides new insights into this mystery.

"We identified two genes that were expressed at very low levels in the absence of the drug, but when you add the drug to the cultures … they come on really strong," says Peter Turnbaugh, a Bauer Fellow at Harvard University and one of the study's primary authors. "What's encouraging about these two genes is that they both express what are called cytochromes — enzymes that are likely capable of converting digoxin to its inactive form."

How many people are still taking expensive cardiac drugs that their bodies are deactivating?

Based on this discovery, the team says it is now better able to predict which microbial communities will successfully deactivate digoxin and various other drug compounds, and which will not, a feat that was previously impossible due to its being outside the realm of understanding. At the same time, the team admittedly still does not fully understand how E. lenta, in combination with other intestinal flora, is able to deactivate certain drug compounds.

"We were able to confirm that simply looking for the presence of E. lenta is not enough to predict which microbial communities inactivate digoxin," adds Turnbaugh. "We found detectable E. lenta colonization in all the human fecal samples we analyzed. But by testing the abundance of the identified genes we were able to reliably predict whether or not a given microbial community could metabolize the drug."

As far as the thousands or millions of people who take such drugs are concerned, the new research, like that which came before it, suggests that taking expensive cardiac drugs may be a complete waste, as the human body is smarter than the drug and fully capable of deactivating it. Why the body does this is anybody's guess — perhaps it is trying to protect people against drug-induced side effects? — but the simple fact is that it does, and more people need to become aware of this.