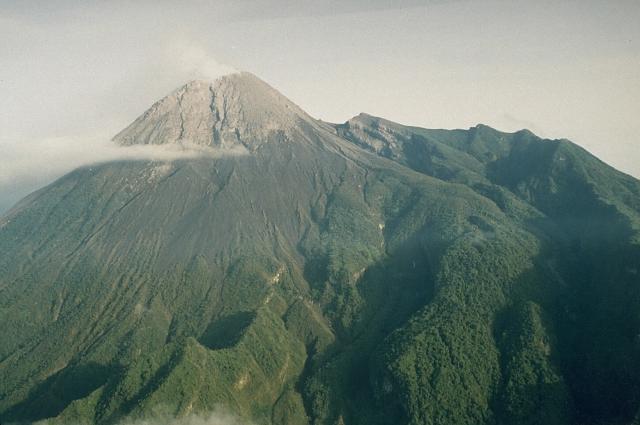 Indonesian volcano Mount Merapi spewed smoke and ash on Monday, July 22, 2013. Heavy rain mixed with ash turned it to mud that fell on the ground and forced hundreds of people to evacuate villages along the slopes.

Though eruption is not yet confirmed, dark red volcanic material was observed rising 1 km into the air.

Darwin VAAC issued a report stating ash could not be seen via satellites due to clouds. The situation is still under observation.

Merapi, one of Indonesia's most active volcanoes, lies in one of the world's most densely populated areas and dominates the landscape immediately north of the major city of Yogyakarta.

Periodic collapses of its growing lava dome has produced pyroclastic flows and lahars that have devastated populated areas below the volcano in the past. 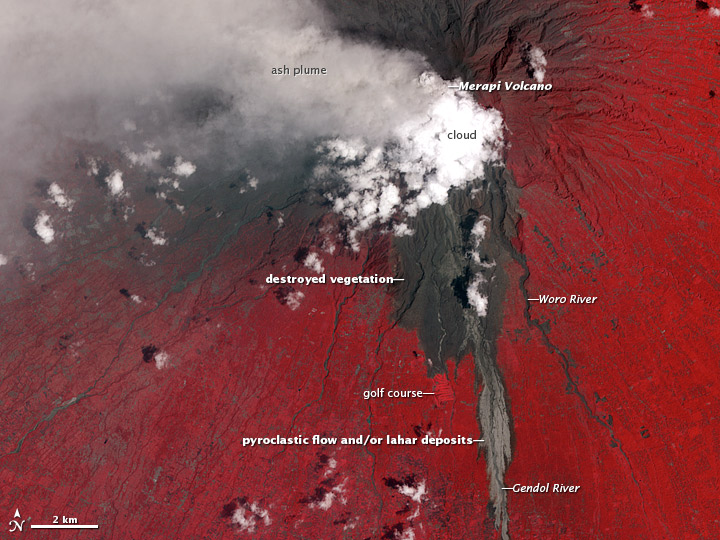 Its last eruption began at about 17:00 on October 26, 2010 and was characterized by explosions along with pyroclastic flows that traveled WSW and SE. CVGHM reported that multiple pyroclastic flows occurred until 18:54, when the pyroclastic flow activity started to subside. Most of the pyroclastic flows lasted 2 to 9 minutes, except for two that lasted 33 minutes each. Booming noises were heard, and incandescence from the crater was seen from the Selo observation post to the N. An ash plume was also observed rising 1.5 km above the crater.

According to news articles, officials noted that about 15 000 people were not evacuated on the first day of eruption, even though several minor eruptions had already occurred prior to 26 October. Reports on October 27 noted that about 25 people died and several were injured. Eruptions were occurring until November 22, 2010. Almost 70 000 people were evacuated and 347 people lost their lives.

Featured image: Merapi stratovolcano in central Java is capped by an unvegetated, growing lava-dome complex. The modern edifice of Merapi, at the left in this view, is constructed to the SE of the arcuate scarp on the right formed by destruction of the older Batulawang volcano. Merapi is one of Indonesia's most active volcanoes. Periodic collapse of its growing lava dome has produced pyroclastic flows and lahars that have devastated populated areas below the volcano. Photo by Yustinus Sulistiyo, 1994 (Volcanological Survey of Indonesia).